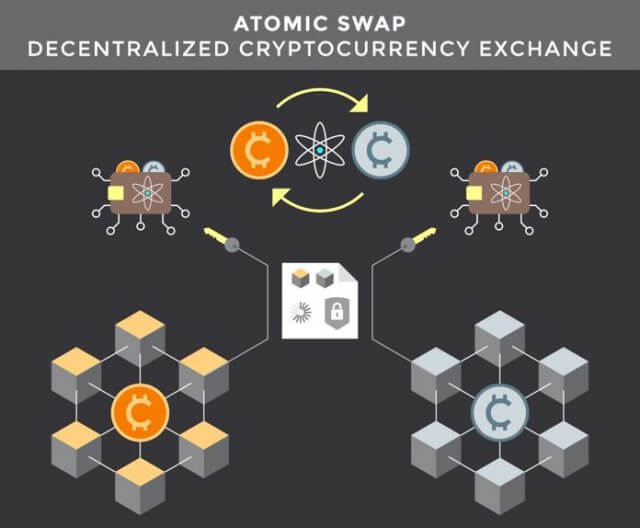 Though this seems to be the best way to exchange cryptocurrencies, there are other better ways as well. This is because centralized exchanges sometimes possess big problems. There have cases where new exchanges have been hacked, which has caused losses for exchange and their clients. Moreover, the common issue with all exchanges is high withdrawal and trade fees. So, trading cryptos turns out to be expensive for clients with small capital.

Thus, the irony here is that cryptos that are known to be a peer-to-peer payment system requires users to go to a third party to exchange the coins. However, crypto analysts have taken this concern as a priority and have been able to come with something called “Atomic Swap.”

What is an Atomic Swap?

Atomic swaps are a solution to the above-discussed problem. Atomic Swap is a peer-to-peer exchange of cryptocurrency without the involvement of a middleman. If you are wondering what “atomic” means, it is a terminology used in computer science, meaning something would either completely happen or completely not.

The main goal is to send someone cryptocurrency without the involvement of a third party. Let’s understand how the atomic swap makes this possible, with an example.

Assume Ron wants to send 1 Ether in exchange for 0.02 Bitcoins from Lisa. In atomic swap terms, we say that Ron has 1 ETH and wants to swap with Lisa for 0.02 BTC. 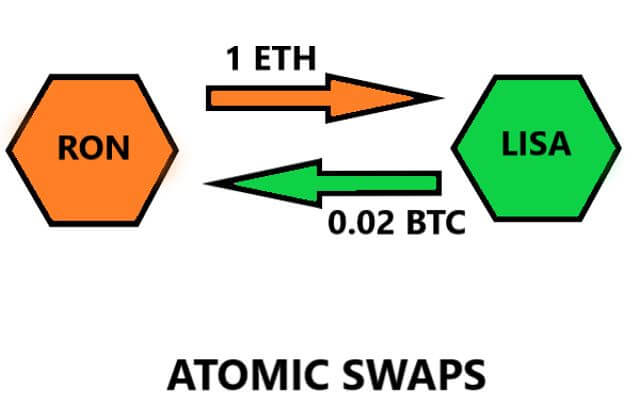 The key ingredient here is to create a smart contract called a hashlock. You may relate this to a container where the money is placed and is locked with a secret password.

How is the Hashlock made?

The hashlock, which is a smart contract that remains locked until the key is revealed, is made by Ron.

The hashlock is made using the following steps:

Now Lisa checks if she has received coins from Ron. This can be easily verified by checking on the public blockchain. After verification, Lisa creates a smart contract for 0.02 BTC with the same hash used by Ron.

Therefore, this completes the transaction without the involvement of a middleman.

This is a solution to the problem that exists in crypto exchanges. Since most users are still into exchanges, the idea of atomic swaps must be inculcated into exchanges and make them truly decentralized.