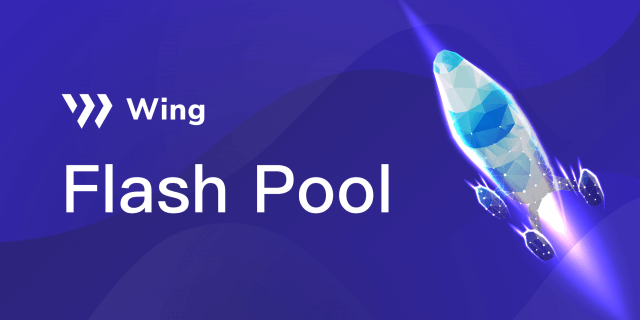 Blockchain opened the way for all kinds of imagination for finance. Thanks to the tech, we now have DeFi – short of decentralized finance – which is the idea that people can have total power and control over their financial lives. This contrasts with the current system where we lack autonomy over our own money, and we have to rely on centralized entities like banks to safeguard it.

Of course, centralization means the banks can freeze our assets at will, in the case of real or imagined offenses against, say, the government. It also means if we’re sending money overseas, we have to rely on the long chain of approvals by third parties before it reaches the recipient.

Wing, a product by the team behind Ontology, is one of several DeFi projects that are emerging and offering users such revolutionary financial prospects.

This article will delve deeper into the Wing platform, including the key highlights that distinguish it from similar protocols. We’ll also see how the WNG token is doing in the crypto market.

Wing is a blockchain-powered lending platform. The platform has a decentralized governance model designed to provide the maximum – and equal value to all participants, including borrowers, creditors, and guarantors.

The WING team wants to support two types of lending:

#1. Flash Pool: this was the first Wing product, and it supports asset lending. Flash Pool also features an Insurance Pool to compensate lenders in the event of losses. Users can earn rewards through loaning, lending, or depositing crypto in the pool. It currently supports ONT, ETH, USDT, DAI, and wBTC.

#2. Credit-lending: Wing will support the IF Pool, a credit lending tool through which users with an OScore (credit-scoring system by Ontology) can deposit assets whose value is 80% or higher than that of the borrowed assets.

#3. Community proposals: Wing has a decentralized autonomous organization (DAO) where network participants can submit and approve proposals for the growth of the community. Such proposals may include the adjustment of the interest rate, the introduction of new products, and the termination of existing products.

At the time of writing, Wing has $243,429,803.26 assets deposited. That’s incredible for a project that was only launched in August this year.

Wing wants to position itself as a strong contender in the DeFi space. It intends to differentiate itself in the following ways:

#3. Enlarge Wing’s decentralized autonomous organization (Wing DAO): Wing plans to create a DAO for financial services. Platform users are encouraged to put forward proposals towards the direction of such services. The WING community will have the power to determine critical issues like which products are launched, which ones should be canceled, which platforms to integrate with, and so on.

Why Base Wing on Ontology?

Wing is based on the Ontology network for two key reasons.

First, there’s the need to support a wide variety of collateral types. Ontology is scalable enough to support a collateral pool of multiple digital assets from multiple blockchains via cross-chain support. The Ontology network has collaborated with the Poly Network for this end.

Ontology also supports centralized and self-sovereign and identity and data protocols that enable the digitization and authentication of new and existing digital asset types. New collateral types could be either simple non-fungible tokens or more complicated ones, unlike real-world assets such as real estate.

Second, there’s a need for the platform chain to be supported by decentralized and smart contracts-based credit evaluation.

Additionally, Ontology has created a credit-scoring system known as OScore, which considers users’ crypto-owning info and their lending and borrowing history. Users have self-sovereign ownership of their data, and they can generate their OScore count safely and privately.

The WING team plans to undertake several actions to expand the community. These actions will include the following:

Future growth strategies include the following:

WING tokens are the native cryptocurrency of the Wing platform, and they’ll play the following roles in the ecosystem:

The WING token distribution was done in the following manner:

Where to Buy WING

You can find WING tokens listed as a market pair with USDT, BTC, BNB, BUSD in Binance, OKEx, MXC, and Binance.KR.

Since they’re based on the Ontology blockchain, WING tokens can be supported by any wallet that supports Ontology. Great choices include Ledger, OWallet, ONTO Wallet, Exodus, Guarda, O3, Cyano, and Cobo wallets.

Wing is doing remarkably well for a product that is not a day older than 3 months. It joins other trailblazing projects in DeFi, and it will be interesting to watch how it grows and competes with already established ones. It’s also yet another brilliant project by the Ontology team. Is this the last of them, or should we expect more innovations in the future? Keep it here for updates.