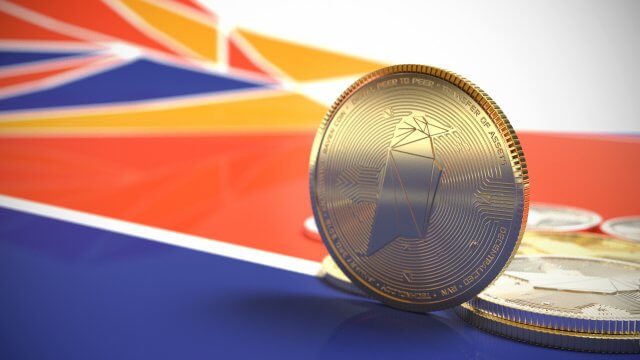 Blockchain opens up a ton of possibilities for the world. One of them is creating a token for any purpose, and having the ability to transfer it to other users in a safe, peer-to-peer, and decentralized fashion.

Ravencoin is a blockchain effort optimized for this role. Because creating and transferring assets is its only function, it fulfills it pretty well. Ravencoin derives its name from the raven – the bird the Westeros people use to send messages in George R.R. Martin’s fantasy series, “A Song of Ice and Fire.”

In this article, we’ll take a peek into the world of Ravencoin.

Ravencoin is a free and open-source blockchain and cryptocurrency platform explicitly designed for the creation and transfer of assets. Ravencoin is built off of a fork of the Bitcoin code; hence, it follows its unspent transaction output (UTXO) model. However, to optimize it for its main function, Ravencoin has implemented a few changes, including a block reward time of 1 minute, more coins – hence supply.

Ravencoin’s goal while handling user assets is to prioritize “security, user control, privacy, and censorship resistance.” Anyone from anywhere can utilize the Ravencoin platform to create and transfer almost any asset of their choice. As we’ll see below, Ravencoin differs from other cryptocurrencies in some quite interesting ways.

How is Ravencoin Unique?

To begin with, the Ravencoin idea is sustained by a large network of volunteers, nodes, and devs from all over the world. Ravencoin has no official staff or headquarters or budgets.

Again, Ravencoin is ASIC-resistant, ensuring powerful ASIC miners and farms do not edge out the average user from the network. This cements its inclusive policy and prevents the network from becoming too centralized. To accomplish this, Ravencoin deploys its X16R hashing algorithm – which was created, to lock out ASIC equipment.

Also, everybody has a chance to earn Ravencoin either through mining or buying. There was no pre-mining or allocations for any private, public founder or developer.

What’s the Difference between Ravencoin and Bitcoin?

As we saw before, Ravencoin is based on the Bitcoin code. For this reason, it’s important to highlight the differences between the two.

Ravencoin supports the creation and transfer of almost all manner of assets. Creating your own token has never been simpler. To create one, you need to burn some RVN and then provide a unique name for your token. Then, proceed to indicate the quantity of the tokens, any decimal places, and whether or not more tokens will be issued in the future.

Token creators can also distribute RVN to token holders with a single click. These rewards can be for anything that the token creator wishes. For example, you can create tokens and sell them to people. With the money raised, you can start a business. When the business takes off, you can send profits – denominated in RVN, to the people who believed in and contributed to your venture. This extremely easy built-in function allows anyone, anywhere to do this on their mobile phones, on Windows, Mac or Linux.

Ravencoin allows you to create unique tokens – the only ones guaranteed to be existing and cannot be replicated. Unique tokens are non-fungible and are proof of authenticity. Below are some use cases for unique assets:

Use Cases for Assets

You can create a set of tokens for pretty much anything your imagination can conjure. The following are examples of such use cases.

Who is Behind Raven?

Ravencoin was conceptualized by blockchain adviser Bruce Fenton and Tron Black. Fenton has previously worked as an adviser to the Bill and Melinda Gates Foundation and former Executive Director of the Bitcoin Foundation. Tron Black is the software developer lead for Medici Ventures.

Where to Buy and Store RVN

You can grab some RVN through either of two ways: mining or purchasing from an exchange. If you’d prefer to mine, check out these pools listed on RVN’s website. If you prefer buying, then you’ll find the coin listed on several exchanges, including Binance, BKEX, DigiFinex, Huobi Global, OKEx, Gate.io, Bitrue, Bitvavo, and LATOKEN.

Ravencoin is complete with its own wallet for Android, iOS, Windows, Mac, and Linux. Third-party wallets recommended by the team include DCENT, Dove, Edge, Flare, and Guarda. Check out more here.

Raven coin is another blockchain project that doesn’t try to promise the world. Instead, it focuses on getting one thing right: the creation and transfer of assets. We’re also witnessing the unstoppable shift towards tokenized assets. With Ravencoin in the middle, it’s certainly bound to see its usability; hence its value will go up. Of course, this will depend on the community’s continued innovation in the face of a fast-changing crypto landscape. Let’s wait and see how the project holds up in the future.