Japanese Prime Minister Shinzo Abe resigns where next for the Yen?

Thank you for joining this educational video. in this session, we will be looking at the impact of the Japanese yen now that long-standing prime minister Shinzo Abe has resigned. 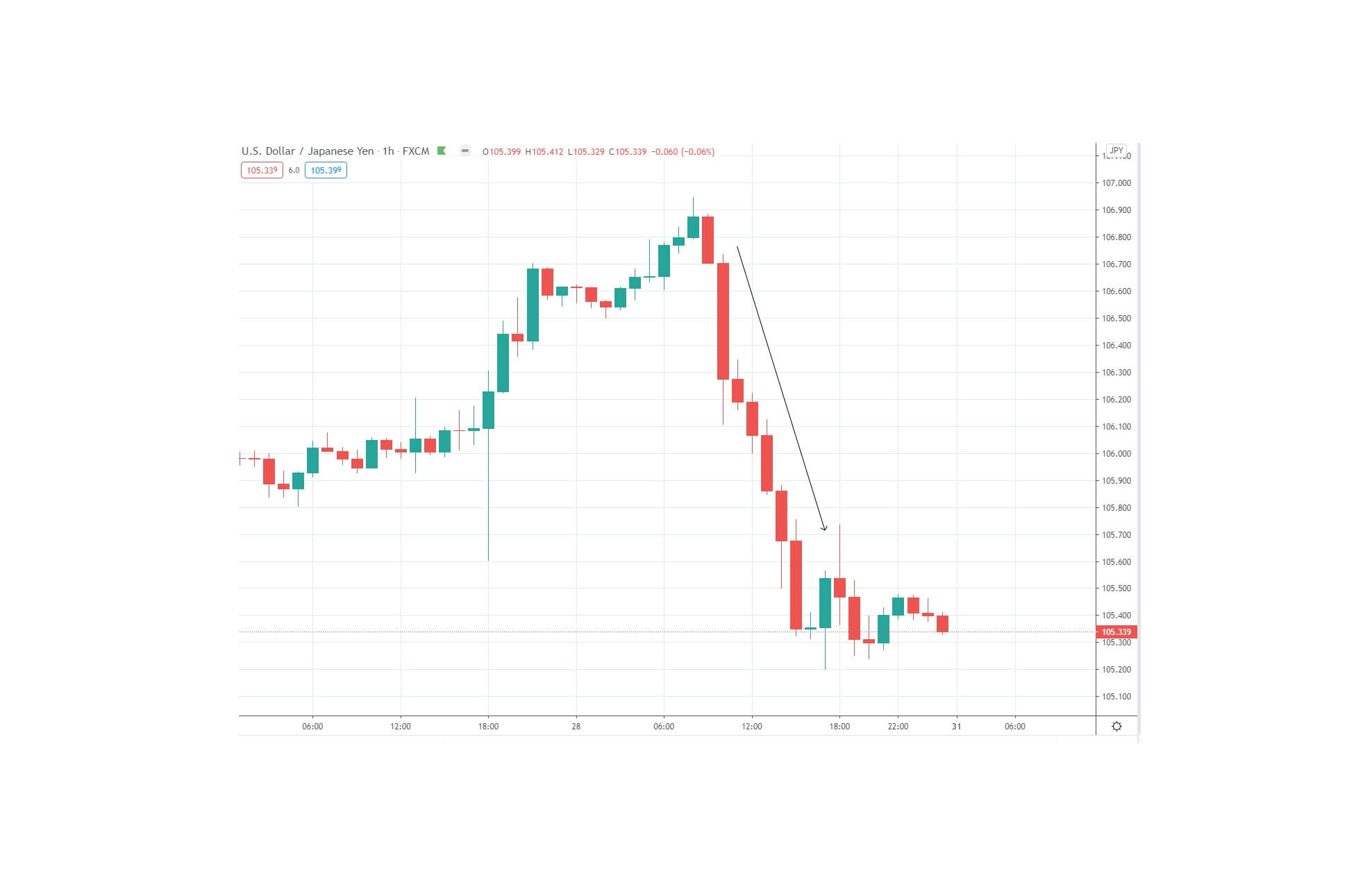 If we look at this one-hour chart of the US dollar Japanese yen pair from Friday 28th of August, rumours started to enter the financial markets during the European session that prime minister Shinzo Abe was about to resign due to ill health. The currency pair declined as investors sought to buy Japanese yen. Typically, when uncertainty surrounds a country, such as an important announcement that the long service serving prime minister was about to resign, you might expect the currency to the devalue.
However, the Yen is also seen as a safe-haven currency due to the American economy’s continuing uncertainties because of the ongoing pandemic and upcoming presidential elections. A lack of any kind of stimulus package being agreed on between the democrats and the republicans did not help the US dollar, coupled with the fact that the day before the Fed’s chairman, Jerome Powell, change policy with regard to allowing inflation target to move higher than the 2% benchmark that it had worked to for many years, thus allowing the potential for low-interest rates to remain at record lows for years to come.

On the flip side, we have a fairly strong and stable Japanese economy, which Shinzo Abe will be attributed for, being one of the longest-standing prime ministers in Japanese history. He was liked and respected around the globe, and his tight policy-making has proved an asset or the Japanese economy. He managed to negotiate a trade deal with America, which was beneficial to both countries and is proving successful, but he also stood up to China with regard to what the Japanese saw, as is an infringement on Japanese businesses being able to work within China. Although he stood up to the Chinese government, he did so without any animosity or threats. Such is the high regard that he was held as a statesman for Japan. 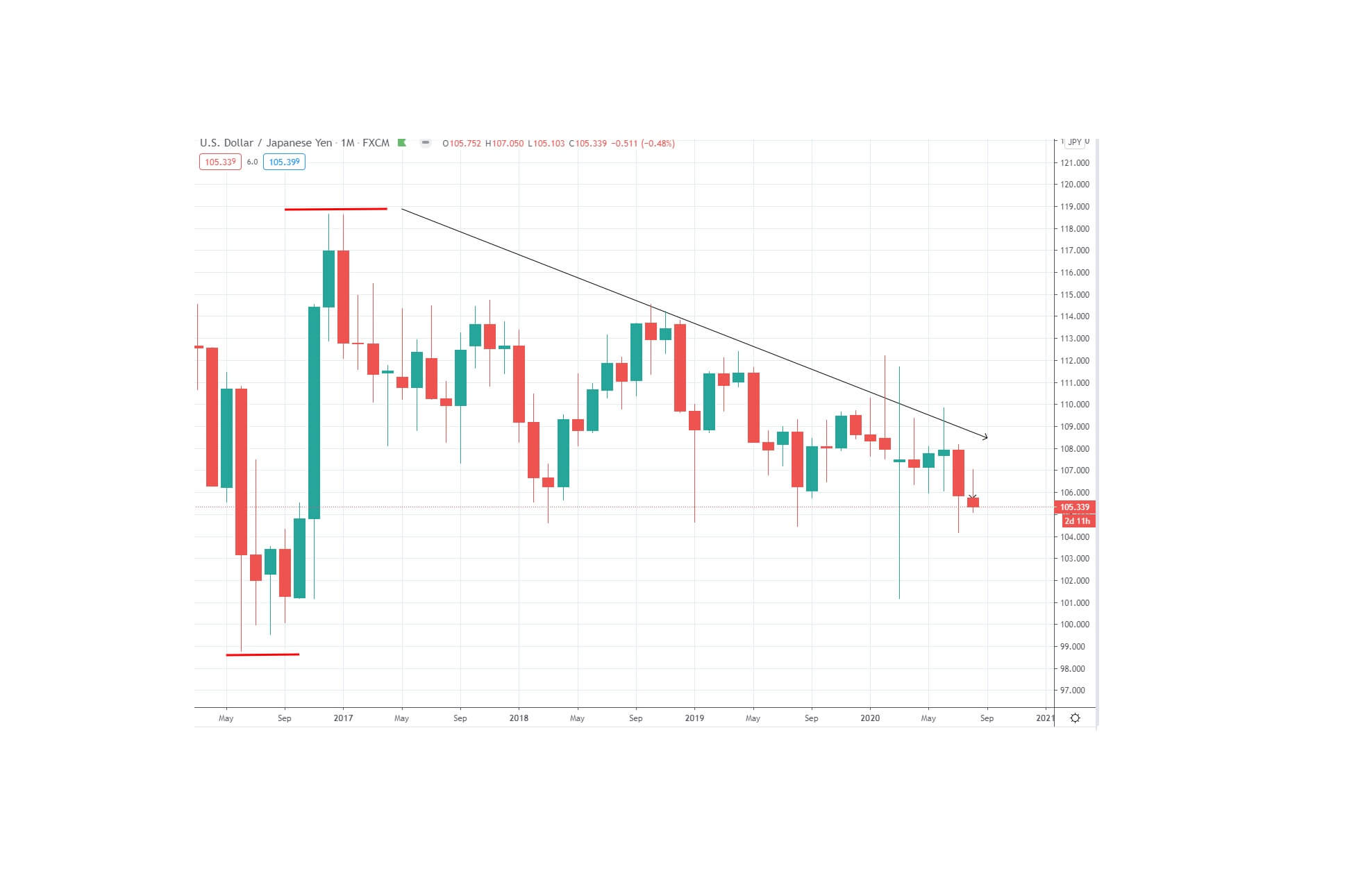 If we take a look at this monthly chart of the pair going back to September 2017, we can see that it has not been averse to large swings from lows of 98.00 to highs of 119.00, but where the general trend in the last 12-months has been towards a firmer Japanese yen.
While the Japanese economy will be reeling from its prime minister’s loss, the markets have not been acting adversely, possibly due to the previously mentioned fundamental reasons.

Therefore, it is highly likely that we can expect little change in sentiment for the Japanese yen. The general trend in the pair is lower as investors look to safe-haven assets, such as the yen, and while the market is currently in volatile mode, the downward pressure on this pair will likely remain for the foreseeable future.