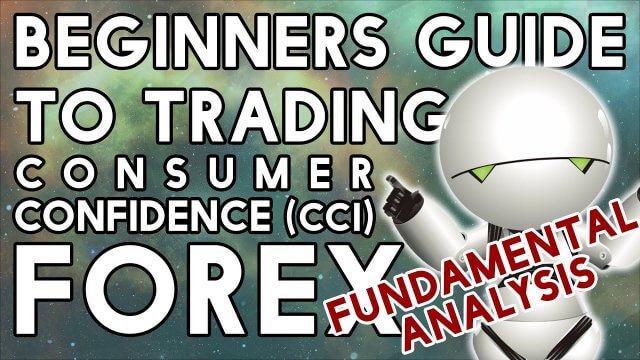 Thank you for joining the fundamental analysis for novices’ educational video. This time we will be reviewing consumer confidence.
Hopefully, you will be reviewing all the fundamental analysis for novices videos in the series is comprehensive, and we fully recommend that you work through each educational video. 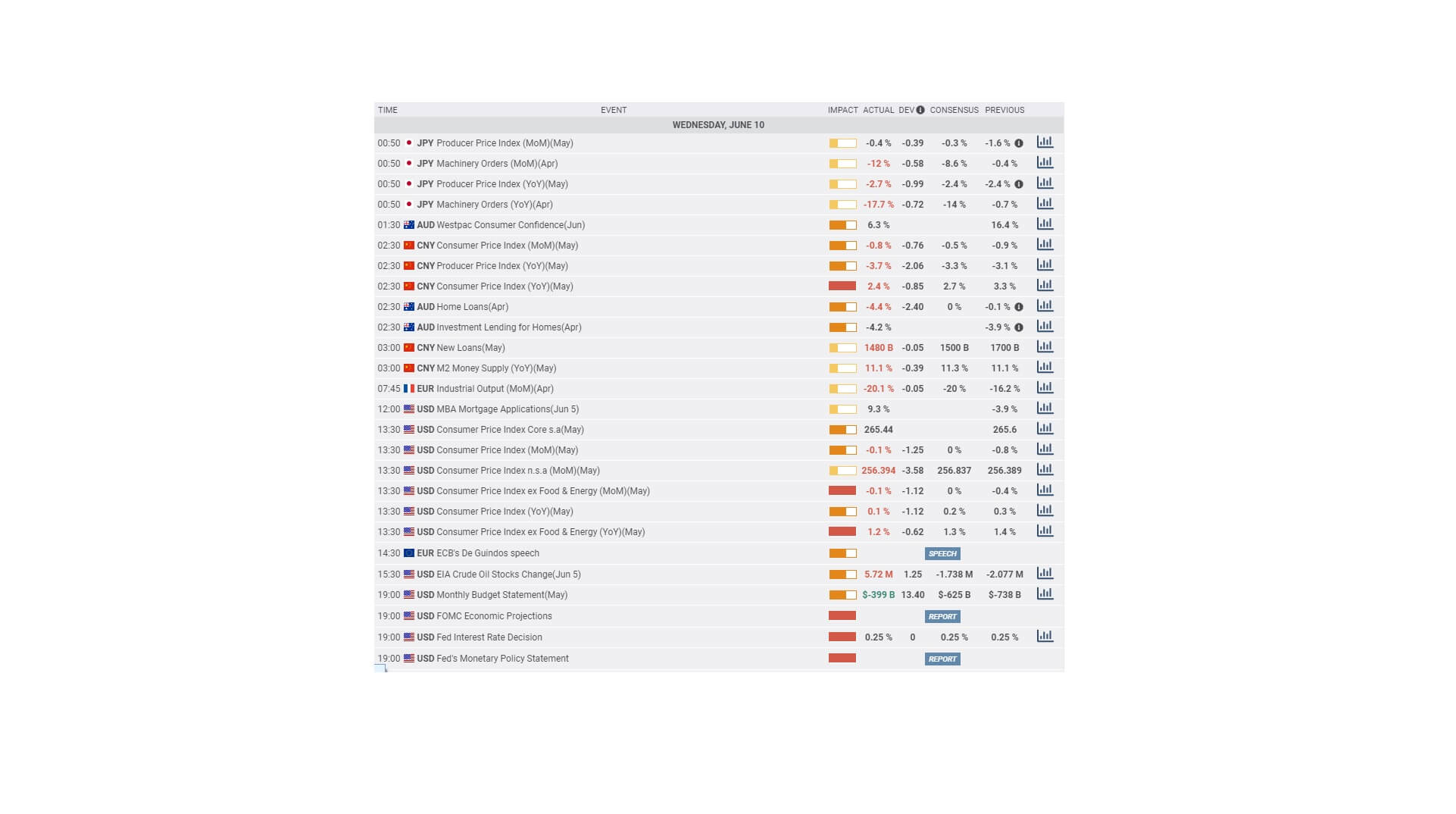 As a trader, it is imperative that you regularly refer to an economic calendar, such as this one, which is provided by most brokers. Consider this to be your Bible. Use it as a tool to plan your trades, and most importantly, use it as a facility to tell you when to trade and, more importantly, not to trade, especially at times of release of very important and potentially highly volatile producing economic data releases. 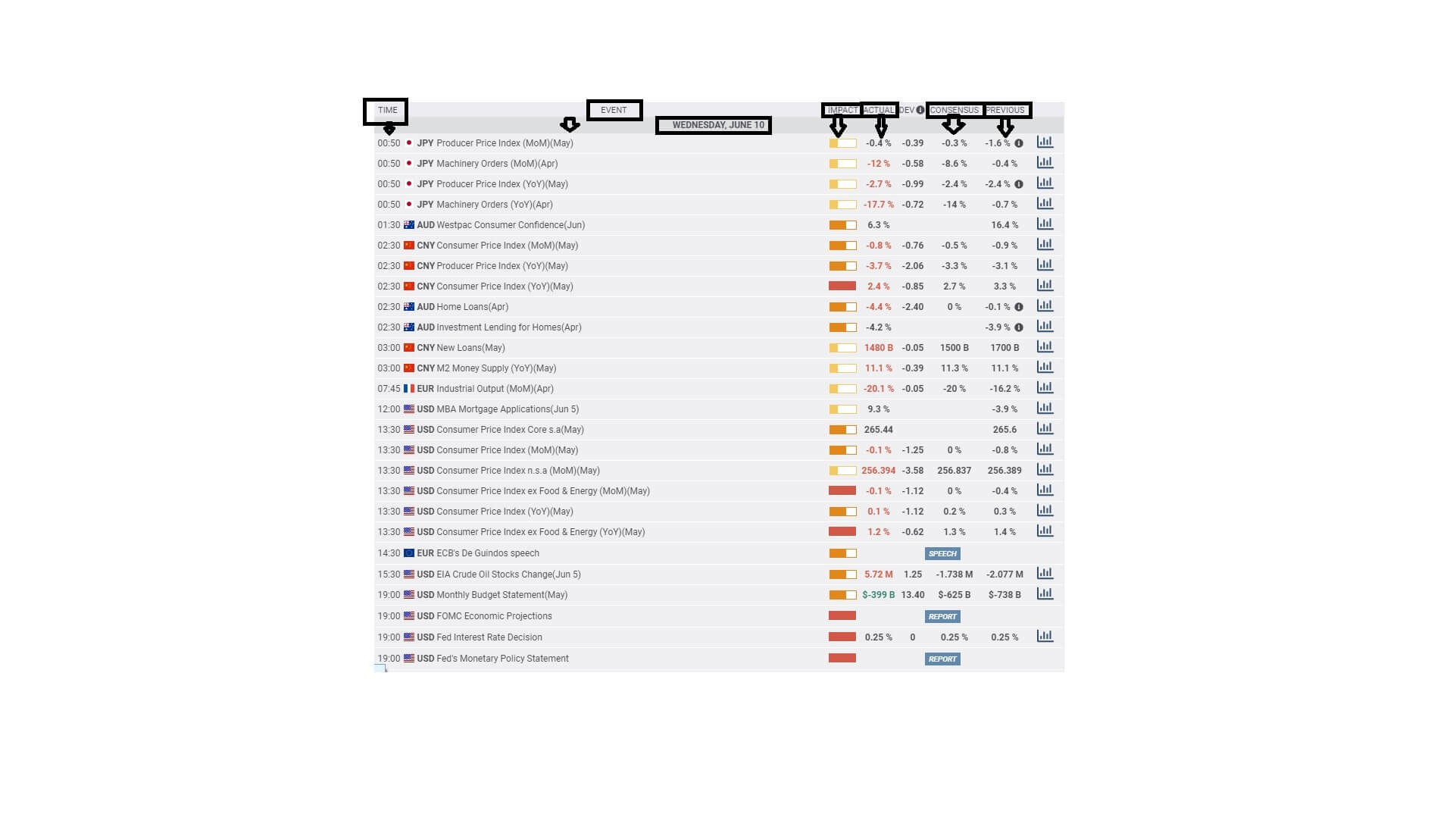 The key information that you need to take particular attention to is the time of the event, the economic event itself, the day and date, the impact level, which typically comes as low, medium, and high, the actual economic data release as listed at the time of the event, which is usually subject to an Embargo, and before this pay particular attention to the general consensus of what the actual figure might be. This is put together by leading economists and market analysis. Also, pay attention to the previous release of this data.

So what is Consumer Confidence?

The consumer confidence index, or CCI, is an economic barometer that tells the story via the consumer. This measure is how optimistic or pessimistic consumers are regarding their financial circumstances. If consumers are optimistic, they tend to spend more money, and if they are pessimistic, they tend to save more. If consumers aren’t spending, economies are failing, and if consumers are spending, it usually follows that economies are doing well.
The CCI is conducted by Nielson Inc. as a survey of over 5000 households within the United States, as an example, and is administered by the US conference board on the last Tuesday of every month. Households are asked five questions, 1: their view of the current business conditions, 2: their view of current employees conditions, 3: their expectations regarding business conditions in the next six months, 4: their expectations regarding employment conditions for the next six months and 5: their expectations regarding total family income for the next six months.
Financial markets look towards this barometer with regard to the varying degrees of the fluctuations up and down. 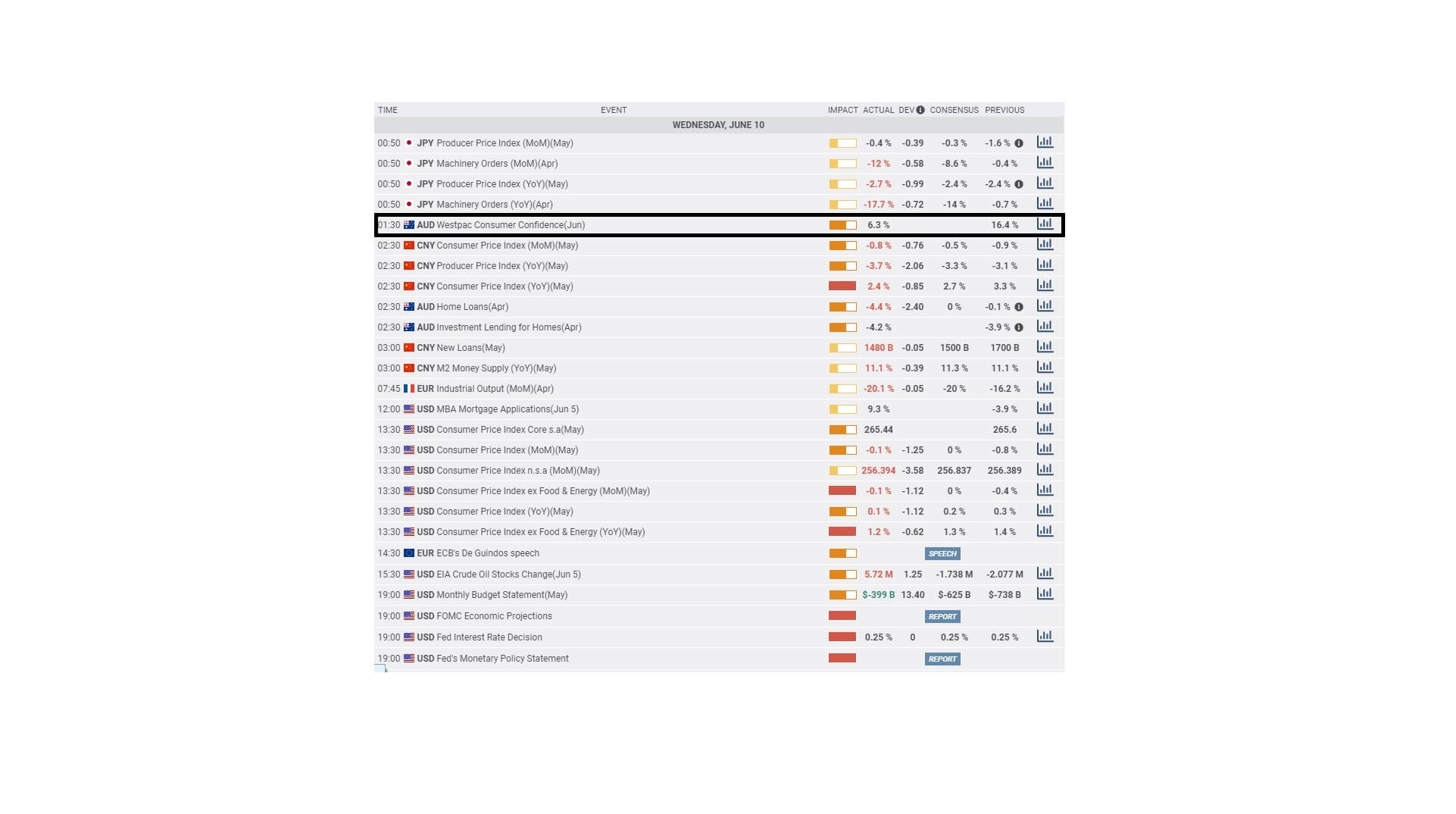 On Wednesday the 10th of June at 1:30 AM BST, Australia released its consumer confidence data for the month of June, which was considered to be a medium level of impact and which came out at 6.3%. No consensus was offered, and the previous figure was 16.4%. Straight away, we noticed that the actual figure is lower than the previous figure, and we will explore this further on in the video.
In Australia, the CCI is produced by the Melbourne Institute and published by the Westpac Banking Group. Countries vary slightly with regard to the questions asked of households. In Australia for example 1200 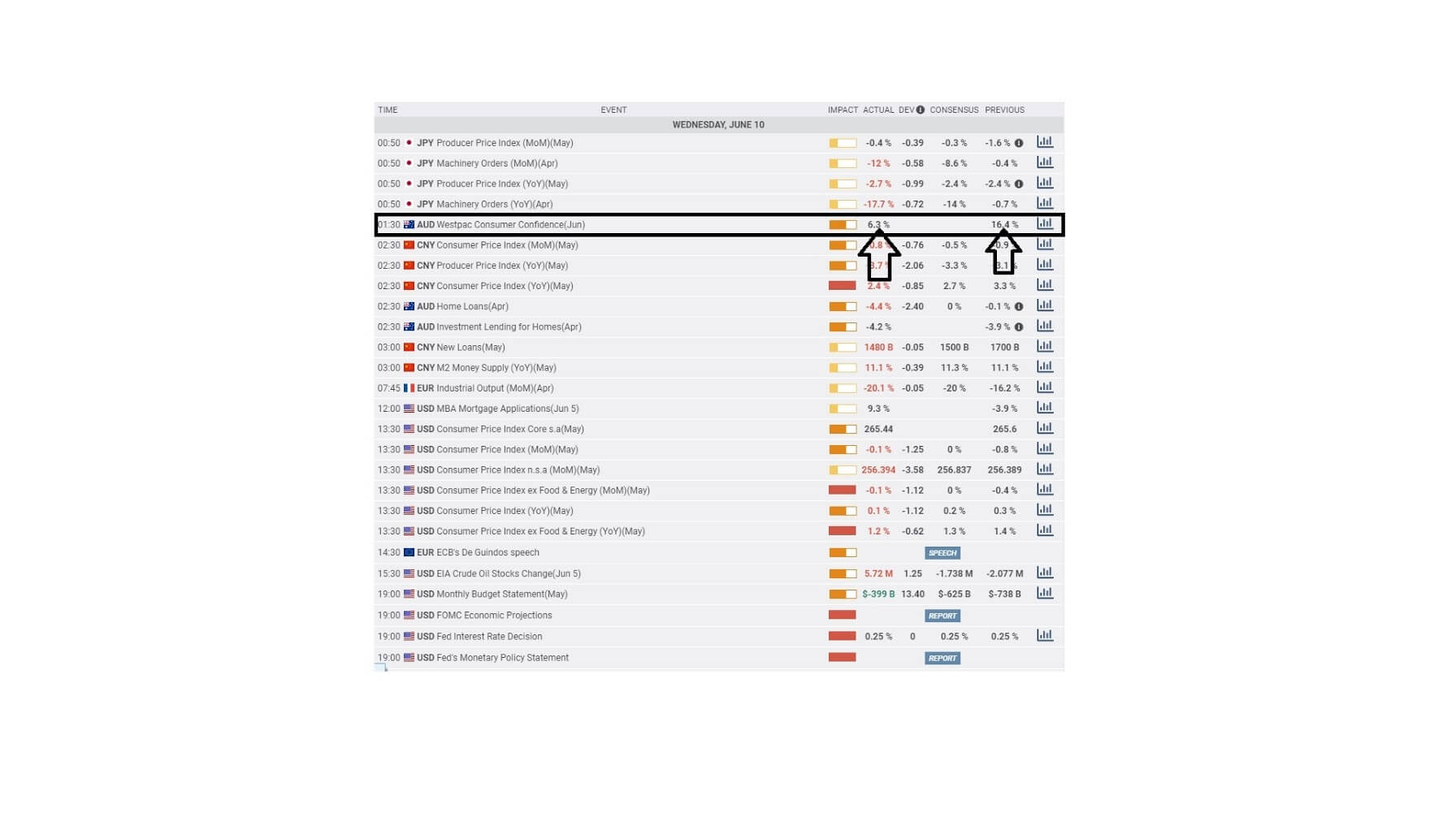