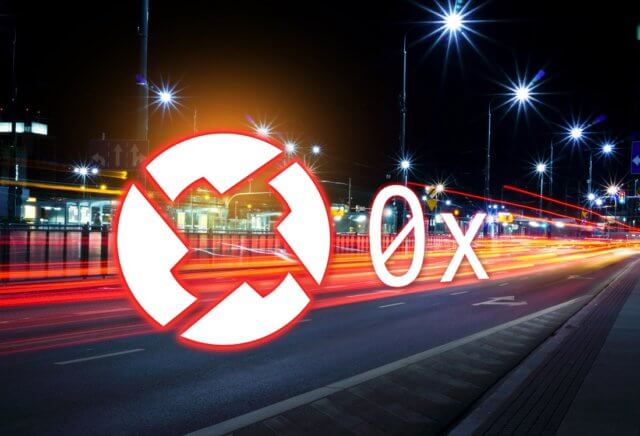 Cryptocurrencies have stirred the financial space in a way that more and more people want to jump on this economic bandwagon. As the newest asset class, cryptos are overtaking other securities in an unprecedented fashion. But this is where we have a problem. For people to join the crypto revolution, they have to go through centralized exchanges. These exchanges, however, come with their own set of issues.

Enter decentralized exchanges (DEXs). DEXs, in which traders transact directly with each other, are fast becoming popular. 0x is one of the most high-profile of these types of exchanges, and it allows users to trade ERC 20 tokens via its native token, ZRX. In this guide, we’ll dive deeper into the 0x project, how it works, and the ZRX token and how to get your hands on it.

0x is an open protocol designed to facilitate the peer-to-peer exchange of Ethereum tokens on the Ethereum blockchain. 0x was formed by industry experts Will Warren and Amir Bandeali in 2016.

The two envisioned a future where all kinds of securities, including stocks, precious metals, etc. could be traded as tokens publicly on the blockchain. 0x is created to be different from both centralized and decentralized exchanges and thereby provide the best combination of both their features.

It also seeks to solve problems that arise from both types of exchanges. Let’s begin with the issues facing centralized exchanges.

Centralized exchanges are regulated by people who are fallible and prone to human error. The example of Mt.Gox is an exchange whose fate was caused by mismanagement.

Centralized exchanges often have trouble dealing with a sudden increase in demand. For instance, a sudden surge in demand for Bitcoin in November 2017 caused some exchanges to temporarily halt processing transactions while others experienced downtimes.

Centralized crypto exchanges are registered in countries. This means they must play by the rules that the government of that country wishes to enact.

0x’s Technology and How It solves these, plus DEXes’ Problems

Decentralized exchanges rely on smart contracts for trading of ERC tokens. However, the sheer proliferation of tokens on Ethereum’s blockchain presents the problem of confusion and scalability. At the time of writing, there are more than 200,000 token contracts on the blockchain.

0x’s whitepaper notes: “End users are exposed to smart contracts of varying quality and security with unique configuration processes and learning curves, all of which implement the same functionality.”

This has caused several problems for the network, including increasing transaction costs for the network. This means for crypto exchanges, transactions would be charged a specified amount of ether. Also, as the volume of orders increases, the costs of operating it increases as well.

Second, the numerous exchanges have led to a fragmented user base and with it, fragmented liquidity for the DEXs crypto market.

0x relies on “relayers” to host the off-chain order book and connect buyers and sellers.

Having seen how the platform aims to improve the DEX model, let’s look at how it addresses the main issues faced by centralized exchanges:

0x has its own Ethereum token, known as ZRX. The token is used to pay relayers for their services. However, 0x’s main intention for the token is to facilitate decentralized governance over the 0x protocol upgrade system. This means anyone who owns ZRX gets to have input – proportional to their holdings, into any upgrades the protocol may get over time.

How to Buy ZRX

Being an Ethereum token, ZRX can be stored in an Ethereum wallet. Other options include MyEtherWallet, Exodus, Eidoo, and Ledger wallet.

There is a fixed supply of one billion ZRX. During its launch, 50% of the tokens were released to the public, with the 0x project retaining 15%, 15% going to the developer fund, 10% to the founding team, and 10% to the project’s advisors and early supporters.

The Problems With 0x’s Approach

0X is an ambitious project and one that could be the solution to both centralized exchanges and DEXes problems. However, some crypto experts assert that the ZRX token has no clearly defined purpose.

Also, the staking approach – in which the more ZRX you hold the more you can contribute to the project’s development, means that it can be hijacked by investors with large holdings – which does not keep up with the spirit of decentralization.

Also, some experts contend that the business model is not sustainable. By having its platform open and free, the project might be foregoing revenue from trades and setting itself up for failure in the future.

The 0x project has its flaws, but the protocol is a promising proposition. It solves the challenges presented by centralized exchanges while improving the decentralized exchange model. Its flexibility, versatility and its free availability may very well catapult it to be the future of cryptocurrency exchanges. It’s going to be interesting to see how this project pans out in the future.