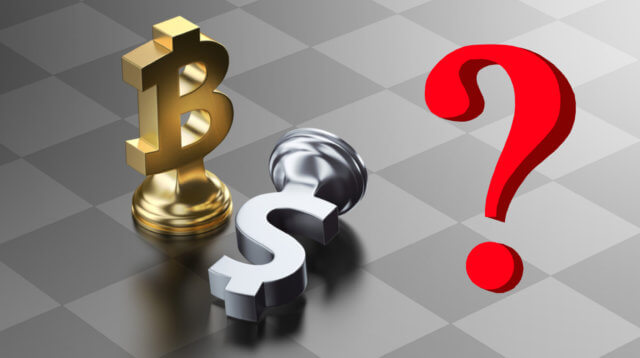 Bitcoin, the first cryptocurrency, bought a notion of decentralization in the market. Initially, it had a slow start, but later as the public began to understand the working of decentralized markets & the interest towards cryptos has increased. Its been ten years since Bitcoin’s inception, and currently, close to five thousand cryptocurrencies are existing in the market. The total market capitalization of all the cryptocurrencies combined is close to $195 Billion as of Dec 2019. The 24-hour transaction volume is around $78 Billion.

A bright future ahead?

Cryptocurrencies have features which prove to the extent that they do have room for being replaced with fiat currencies. The most crucial point of consideration is that cryptos cannot be quite easy as the fiat currencies, thanks to their decentralized and unregulated status. The technology that makes this possible is the blockchain network.

Cryptocurrencies are powered by blockchain, which is an open-source ledger. Every single is recorded and recorded and verified through a consensus algorithm, so it is almost impossible to tamper with any transactions. This indeed is an enormous benefit of the decentralized financial system.

Decentralized financial systems, such as the cryptocurrencies, are not controlled by the government, central bank, or any other government body. This is a great advantage because when government meddles with currencies, it creates inflations or hyperinflation by devaluing, debasing, or printing too much currency in a short period of time.

There are limitations placed on how much of funds one can withdraw in a day & in a month. For instance, in the US, $2000 is the maximum withdrawal limit, and in some banks, it is less than $500. But when it comes to cryptos, it doesn’t matter. One can transfer any amount of funds without having to worry about the limits. Also, when it comes to the transaction cost, crypto transactions are way too cheaper than the typical bank fee.

Bank wire transfers typically take 1-5 days for the transactions to get processed. It also depends on various factors like the place from where you are sending money to. This is because each of the countries will have their own banks and hence different regulations. But cryptocurrencies do not have geographical boundaries like this. Transactions get executed almost immediately irrespective of where you live. Also, there is a possibility of the occurrence of minute errors as there is human involvement. But in the case of cryptos, users just have to copy-paste the corresponding address to perform their transactions. By doing this, there is very little chance of the occurrence of human errors.

The answer to the question ‘Do Cryptocurrencies Have The Potential To Be An Alternative Financial System?’ is NO as of today. But they do have the potential to be so. As of today, central banks are extremely powerful, and they can not be replaced with the current technology. One thing that we are sure about is that the cryptos have made an impact, and they have grabbed the attention of most of the central banks. We have also seen some of the central banks adopting blockchain technology to issue their own coins. So the most plausible prediction is that cryptocurrencies may play an active, supportive role in making the traditional banking processes extra cheaper, more transparent, and faster.