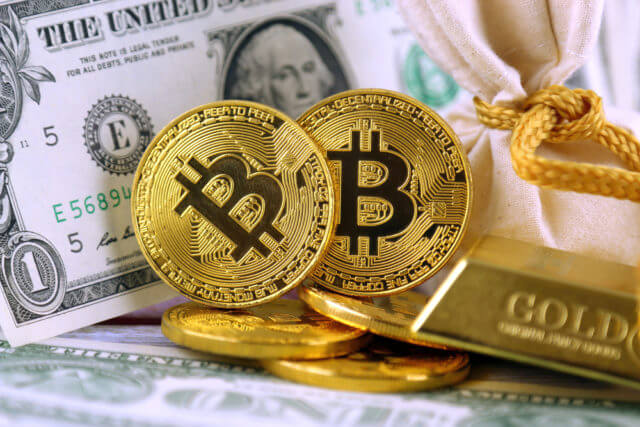 We could say that the type of currencies we use today is employed as a medium of exchange for goods and services. In the olden days, transactions used to happen in the barter system. Barter system implies that goods are exchanged for goods. With this system, it took time to trade products and services as it is challenging to find people to accept their goods for the goods they want. Hence came the era of coins in gold or some other metal with a denomination printed on it. As some standard is associated with it, the trading of goods and services has become easy. Then came the paper notes making it easy to carry large amounts of cash, which was not possible with coins. We are this point where these paper notes are known as currencies. Each country has its respective currency (The US Dollar, Japanese Yen, Indian Rupee, etc.)

Even though the purpose of the money didn’t change much, the way we use it kept changing throughout history. Banks came into existence to ease out the financial transactions. They played a significant role in global trade in terms of transferring money across different countries, thus improving the economy of each country. Physically minted cash would be less than 10% of the entire currency in the world. Remaining exists in the form of virtual currency as electronic money in online accounts. Central banks in each country control these accounts. Since power is vested within these financial institutions, the entire banking process is centralized. Hence the necessity of an alternative currency has emerged. These are termed as cryptocurrencies, and the primary purpose of their invention is to create a decentralized currency system where the entire network is not controlled by anyone at all.

Cryptocurrencies are digital or virtual currencies where cryptographic techniques are used to generate the units of currency and monitor the transfer of funds without a central bank. Thus, making it a decentralized way of producing and using money.

Cryptocurrencies are generated by using a blockchain platform that uses distributed ledger technology. The first-ever cryptocurrency that has come into existence is The Bitcoin in 2009, though the white paper related to this concept was released in October of 2008. Thus, 2009 signals the beginning of the era of cryptocurrency. There has been no looking back since then.

The three fundamental features of cryptocurrencies are Trustlessness, Immutability, and Decentralization. Let us understand these properties using the example of Bitcoin.

It is the keyword when it comes to cryptocurrencies. Decentralization offers different types of tolerances. Tolerance concerning the infrastructure, component failures, hacking, and collusions. In the Bitcoin network, the ledger where the transactions are recorded is distributed among every node in the network. Any component failures don’t cause any problem to the functioning of the network. Hacking the blockchain is extremely difficult and a costly process. When it comes to traditional banking, individual entities can collide with each other to make profits at the expense of loss to others. This plot is not possible in the case of a cryptocurrency network, thus offering tolerance to collusion. Apart from all of these, there are many more advantages of a decentralized system over a centralized banking network.

Therefore, Cryptocurrencies offer plenty of opportunities in today’s digital world, which traditional currency couldn’t provide. We will be further discussing the purpose of cryptocurrency and more properties of cryptocurrency in our upcoming articles. Stay Tuned. Cheers!