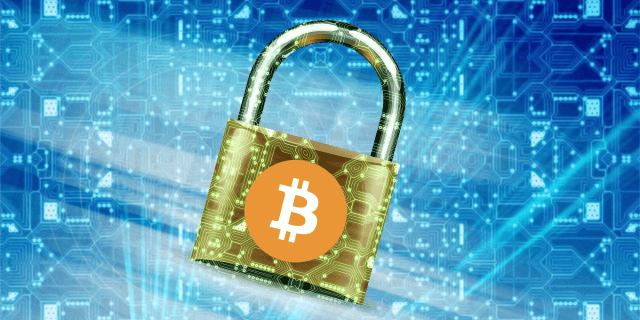 Bitcoin is famously pseudonymous, meaning while your transactions are not directly linked to you and you don’t use your real name while transacting on the network, a Bitcoin address can still be traced to you by a person that’s determined enough. This is an issue that Bitcoin users have always grappled with: a lack of guaranteed privacy.

This lack of absolute privacy means that hackers and other fraudsters are always lurking, waiting for the chance to exploit any loophole that might present in your handling of Bitcoin.

The possibility of losing money is not the only reason why Bitcoin users would prefer a little more privacy. The very notion of privacy is important; everyone desires to have their business remaining their business. Also, in this era of social media and information available in a click, privacy is even more precious than ever.

In light of these facts, Bitcoin developers have been at pains to improve privacy for the Bitcoin network.

One of the more recent ideas is Graftroot, a technology proposed to improve the privacy of Bitcoin transactions and smart contracts. It aims to inject high-level privacy to the network so that transactions, no matter how complex, cannot be picked apart from regular transactions by outside observers. Graftroot is an improvement of Taproot, a previously proposed tool for the same end.

Taproot is an idea proposed by Gregory Maxwell, one of Bitcoin’s core contributors. The idea behind Taproot was to improve Bitcoin’s smart contracts function while providing more privacy. With Taproot, individuals would enter into the most complex smart contracts, and an outside looker wouldn’t distinguish it from regular transactions.

There’s only one problem, though; a smart contract makes a transaction more data-heavy and less private than usual. Taproot does not have a way to fix this. Graftroot is a proposal by the same developer – Maxwell, to fix this while maintaining efficiency.

He explains: “Taproot suffers from a limitation that it only provides for one alternative. Trees or Cascades or taproots can be done, but they have less privacy and efficiency than just a single level. E.g., a tree commitment has overhead that grows with the log of the number of alternatives.”

With Graftroot, participants have the option to delegate their ability to sign on a transaction to a ‘surrogate’, and they can also share that delegation with whomever they want.

As Maxwell puts it: “With Graftroot, the participants establish a threshold key, optionally with a Taproot alternative, just as they do with Taproot. At any time, they can delegate their ability to sign to a surrogate script (and just the script) with their Taproot key, and sharing that delegation with whomever they choose. Later, when it comes time to spend the coin if the signers aren’t available and the script must be used, the redeeming party must do whatever is required to satisfy the script (e.g., provides their own signature and a timelock, or whatnot) and presents that information along with the signer’s signature of the script.”

We can better explain the Graftroot function with this example:

When it’s time to settle the contract, Alice and Bob will likely sign the settlement transaction, which creates a threshold signature, and apart from them, no one else will be privy to the alternative spending condition, or even that the transaction involved more than one person. By all indications, it appears like a standard transaction.

Now, in the case of a ‘non-cooperative close’ (when one party disappears, for instance), whoever can meet an alternative condition gets to spend the funds alone.

If, in the case of Alice and Bob, Bob has the secret number, he can reveal his alternative script condition corresponding to the script and the threshold signature to prove the authenticity of his spend. Thus, it will appear to everyone as if all parties to the contract agreed to the transaction. As such, Bob can rightfully spend the funds.

In the same vein, Alice can reveal her stored alternative key in combination with the corresponding script and the threshold signature and spend the funds.

Graftroot presents with this main benefit: it can facilitate even the most complex smart contract, and no one would be none the wiser. The participants can even add more conditions after the initial contract is executed.

However, Graftroot has downsides too. For one, it’s interactive. The involved parties must communicate about the signing of the alternative scripts before they can spend the funds in the way they had agreed.

Another downside is that if a participant loses their threshold signature for the alternative script, they lose with it their backup.

When can Bitcoin Users Use Graftroot?

Bitcoin developers working on various upgrades to the Bitcoin network prefer to implement them at the same time since they complement each other.

It’s likely that Graftroot will be implemented via a soft fork as an opt-in change for users, rather than having the mining community vote on it. If they so desire, nodes can update to the new version and access the new features.

The Graftroot is a promising upgrade to the Bitcoin ecosystem. Bitcoin burst into the scene as the decentralized, peer-to-peer digital money. Now, with technologies like Graftroot that offer to improve its smart contract functionality, Bitcoin users and fans can derive even more value from the ecosystem.

Graftroot and other innovations like it open a new world of possibilities for the development of the Bitcoin and the cryptocurrency space as a whole. And with Bitcoin being the pace setter, we can expect more exciting developments all around.