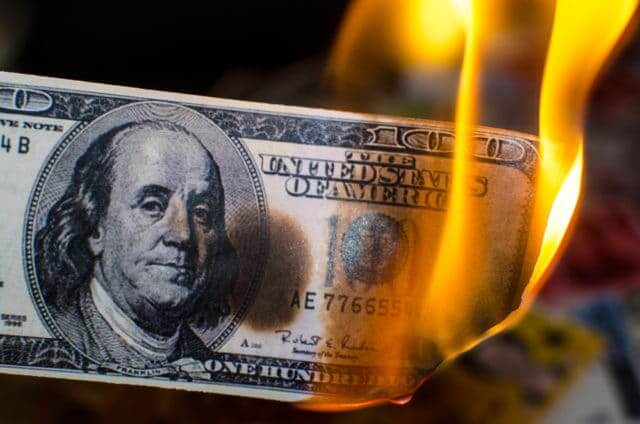 For most of human history, money has been used not only as a measure and exchange of value but also a tool for elites and governments to oppress and control those who had less of it. The phrase ‘money is evil’ has been coined in every language largely because the precious currency that revolutionized humanity has also been at the center of world wars, enormous government indebtedness, inflation, depression, and even the rise of tyrannical states all over the world.

Blockchain, the first distributed ledger technology that gave birth to Bitcoin and cryptocurrencies, promised the end of elite and government-controlled money. The mysterious inventor of blockchain Satoshi Nakamoto buried an Easter egg in the genesis block of Bitcoin that reads:

‘Chancellor on Brink of Second Bailout for Banks.’

The notation, which was the cover story of The Times on January 3, 2009, is believed to have been instilled in the Genesis Block of blockchain possibly to timestamp the beginning of a new financial system out of the control of the banks, corporations, wealthy families, and governments among others.

Crypto getting more love than ever before

In its whitepaper published on bitcoin.org, Bitcoin claims to be “the first decentralized peer-to-peer payment” system that “has no central authority or middlemen” because it “is powered by its users.” This is what makes this currency very powerful.

In the beginning, governments were the most afraid of cryptocurrency largely because they could not control it. However, as more cryptocurrencies were created, bought, and sold and used to store and exchange value, everyone’s perception gradually leaned towards appreciating it as money.

Since the age of cowrie shells, man’s relationship with money has changed very little. Its value has always depended on how everyone who uses it sees it, and not what the issuer wants it to be valued.

However, since the 16th century, when the gold standard of money was introduced, and banks arose to monopolize its issuance and control, perception of money has changed a lot. This explains why banks and governments were the first to dismiss cryptocurrency and why they have been the slowest to embrace it.

There is a simple reason why cryptocurrencies will be the future of money: they are already in use, and everyone sees their potential now. Just the other day, the price of Bitcoin spiked after China, which had banned bitcoin and heavily regulated cryptocurrencies and blockchain had a dramatic shift in perception after it called Bitcoin “a success” and urged its banks to step up their development of blockchain applications to “embrace digital finance.” This is a clear sign that cryptocurrency adoption has reached a critical point, and no power can roll it back.

Throughout history, man has relied on exploitative and collaborative strategies to scale socially as societies grew beyond tribes, kingdoms, empires, cities, and countries.

The exploitative strategy often rewarded the most violent individuals with sociopathic tendencies in society. However, such societies rarely ever thrive for a long time.

The collaborative strategy rewarded individuals who are empathetic and generous. Societies that valued such individuals often prospered, proving that this is the optimal strategy to grow a group of people and to scale a society.

However, considering that every growing society has to eventually grapple with the scarcity of resources, and will need more labor to support itself, even societies that initially arose due to their empathetic and generous nature in most cases fell to the exploitative vices.

The problem here is that the ‘leaders,’ ‘rulers,’ and other central entities tasked with equal distribution of such resources (money in the present-day case) will eventually monopolize and abuse it. This is the case with government-issued money everywhere in the world today.

Since most countries already depleted their gold reserves in wars and whatnot, most paper money in circulation is minted by those in charge of governments, and ‘value is created out of thin air.’

Money is no longer primarily a measure or exchange of value but a tool to impose regulatory control. Everywhere in the world, governments of the day have been observed to change inflation rates for personal interests, use government money to finance surveillance on its people, and exploit its people through hefty unavoidable taxes, interest rates manipulation, price and wage restrictions, and capital controls.

There is a good reason why banks and governments are on top of the list of cryptocurrency deniers: a new kind of money that promises to distribute wealth and cannot be controlled by a central authority would mean the death of the old exploitative financial strategy. Money that is ‘owned’ by everyone is naturally a threat to entities that thrived in the legal monopoly of money creation.

Cryptocurrency is decentralized in nature, meaning that the creation of value is done transparently on a blockchain or similar platform in such a way that everyone can trust the system. Cryptographic tools that make digital money a reality empower ordinary people to verify and carry out transactions on the platform without the need for a third-party ‘middlemen’ such as banks.

With the new decentralized digital money, the rules of incentivizing everyone are clearly spelled out: collaborators are rewarded, and exploiters are punished. The consensus rules of blockchain platforms are designed to eliminate the chances of monopoly and centralization and to enable free-market competition that nurtures creativity and collaboration.

As proof of this free market and creativity nurtured by blockchain, there have been thousands of cryptocurrency tokens developed and distributed since Satoshi Nakamoto first introduced Bitcoin to the public in 2009. In the global market, government-issued and distributed currencies are competing openly to win over users, and this has spurred all kinds of innovations as each currency does its best to improve its features and make itself the most formidable money of all.

The dark side of cryptocurrency

One of the reasons that governments give for attempting to control and even ban cryptocurrency is that it can and has been used in criminal and illicit transactions. While they often conveniently fail to point out that cash is also used in these transactions, it is true to say that digital money has had its fair share of headline-grabbing bad publicity. 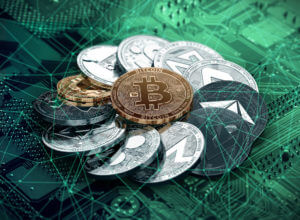 The anonymity that cryptocurrencies accord its users in transactions is one of their core strengths. Unfortunately, this has also turned out to be one of its greatest pitfalls. This is because the privacy of transactions without a middle-man has enabled criminals to commit crimes and evade identification by law enforcement. As cryptocurrencies become more popular and stronger, proponents of fiat money argue that it will become even more difficult for authorities to fight crime.

Price manipulation and financial fraud are serious problems that often plagued fiat financial assets. Unfortunately, cryptocurrencies are not immune to them. The new markets are also at risk of shrewd traders and hackers known to work together to manipulate financial instruments to their advantage at the expense of everyone else. It is a consolation, however, that fraud and price manipulation is much more difficult in the cryptocurrency markets.

The future of money

When Bitcoin and other forms of cryptocurrencies become widely accepted globally, there is a good chance that the entire banking system, as we know it, will be rendered irrelevant. Presently, banks and financial institutions are on the race to become blockchain-compliant to the extent of issuing their own fiat currencies, but it is unclear how far their efforts will go.

The future of money is a subject of debate and speculation. The concept of a global financial system without banks as middlemen sounds wonderful, but no one can predict how it will work. How will savings earn interest? Who will be responsible for distributing your wealth to your dependents when you pass on? How will an asset transfer failure due to a technical glitch be resolved? Who will be called to the rescue if one genius psychopath takes control of an entire cryptocurrency network?

There is no way to shut down cryptocurrencies. As more people understand how these currencies work and appreciate the benefits they bring to the masses, the value of existing currencies will rise, and individuals and businesses will embrace its use. Ultimately, all monies in use in the world will be digital money, and we can only hope that by then, humanity will have devised new forms of government free from exploitation that works well with decentralized forms of currency.