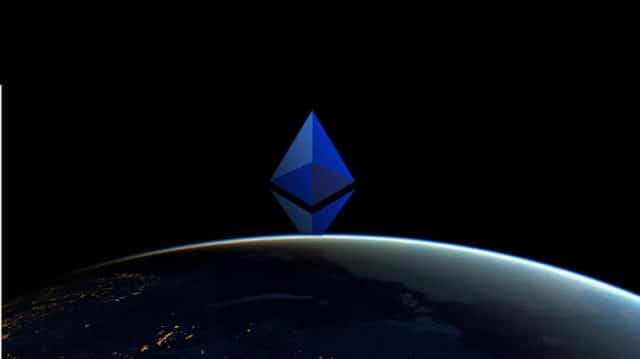 Ethereum, the world’s most popular blockchain platform for decentralized applications, is undergoing a revolution, and it promises to be BIG!

If you are savvy with the developments in the tech world, then you probably already know what Ethereum is and why Ethereum 2.0 is a big deal. If you don’t, Ethereum is a blockchain platform proposed in 2013 by Vitalik Buterin, the then young student at the University of Waterloo, to support application development as well as generalized scripting language.

Fast forward four years, and the platform is getting ready for its biggest upgrade leap since it was first rolled out. Ethereum 2.0 has been discussed since mid-2018, and the first phase is expected to be rolled out at the end of 2019. But before going to the details of the upgrade, let’s first review the current position of the Ethereum platform.

The first stable version of Ethereum, ‘Homestead,’ was released in March 2016. Like Bitcoin, Ethereum is essentially a distributed public ledger but with some significant differences in purpose and capability. While Bitcoin’s major and only blockchain application is of peer-to-peer electronic cash payments system online, the Ethereum blockchain platform is focused on running the programming code of third-party developers published on the platform.

Miners on the Ethereum blockchain earn Ether/ This is a form of cryptocurrency tokens that essentially fuels the network. Other than being a tradeable crypto, Ether is also used by developers on the network to pay for services and transaction fees.

Just like the Bitcoin network, Ethereum uses a Proof of Work (PoW) consensus system.  In this system, a participant node in the network is required to submit proof that they have done some work in order to receive the rights to new transactions to the blockchain. The ‘work’ in PoW protocol refers to the computer processing time and effort that often uses power. As a result, PoW is not only hard but also expensive.

The switch from Proof-of-Work to Proof-of-Stake

The biggest change in the upgrade of Ethereum from 1.0 to 2.0 is the switch from the work-based PoW to stake-based PoS. PoS (Proof of Stake) is a low-cost, low-energy type of consensus that involves the allocation of responsibility of maintaining the blockchain ledger to a participant node based on their proportion of the virtual currency they hold. With PoW, getting the right answer is easy, but getting the wrong answer is expensive. PoW rewards the miner for finding the right answer while PoS punishes the miner for getting the wrong answer. 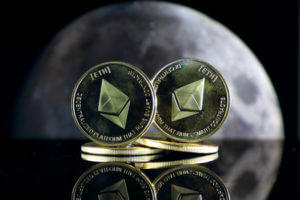 The switch from PoW to PoS will not only make Ethereum a more secure platform, but it will also improve its scalability. The new consensus will be less susceptible to the 51% attack, which happens when a miner or miners in a pool take control of more than half of the network’s computational power. With such an ability, malicious attackers will have the power to invalidate even valid transactions and even approve the double-spending of cryptocurrency.

Ethereum is planning a hard fork by the end of 2019 to switch from the current PoW to PoS. The switch will be implemented in three phases to minimize the risks that such development brings.

Phase 0 (Beacon Chain): The Beacon Chain will be a proof-of-stake chain that will be implemented to run parallel to the current proof-of-work chain. In the beginning, the new chain is designed for simplicity and will not support accounts or smart contracts.

Phase 2 (eWasm): eWasm is the new rebuilt Ethereum Virtual Machine. It will fully support the proof-of-stake consensus as well as sharding. This phase will introduce accounts and smart contracts to Ethereum 2.0.

Sharding will help Ethereum to scale by partitioning the network’s database into smaller and faster pieces called shards. Each of these shards will have a chain of transactions, and accounts on the network will be assigned to a shard. They will then be able to seamlessly transact with other accounts within and outside the shard.

The planned rollout of the Ethereum 2.0 will be implemented in phases to test every element of the network in a safe environment to uphold the integrity and security of the system.

What the rollout of Ethereum 2.0 means

Vitalik shared a broken-down overview of what network users should expect during and after the transition from Ethereum 1.0 to Ethereum 2.0. Here is a summary of what you should expect:

☑️ It may be possible to move ETH from the new to the old network for a short time.

Since it may take a couple of years for the new PoS platform to be fully merged with the older PoW platform, users may be able to move their crypto back and forth within this time. However, during the transition period, the transfer of ETH between the old and new chains will be disabled largely due to the complexities involved in creating a two-way bridge between the two chains.

The switch from PoW-based to PoS-based consensus will be officially launched on December 4th, 2019 and is expected to take a month. To avoid any hiccups, all developers, stakeholders, and major Ethereum clients are expected to have completed the transition during the switchover month.

To be eligible to stake or perform the functions of a master node, you would need to own 32 ETH on the network. The new economic model of the Ethereum network suggests that validators will be able to earn between 4.6% and 10.3% in annual returns. You can use the ETH 2.0 Calculator available on the Telegram app to estimate net returns based on the adjusted dynamic rewards scale.

If you are a DApp developer, recalling and accessing data on Ethereum 2.0 will incur increased transaction costs. This is because of the changes in how the Ethereum state (the full account of transactions) is stored on the PoS network. However, there are ways in which developers can minimize these costs.

☑️ Ethereum will no longer be able to execute transactions atomically

The upgrade will break the ability for Ethereum transactions to occur all at once. To developers, this means it will no longer be possible to execute transactions between two or more applications such that when they fail, they can recover the entire series of transactions. Ethereum 2.0 will break up transaction loads into different shards, unlike the current network, which has all the dapps on one shared chain.

During the transition period, Ethereum 2.0 is expected to be capable of only half the total speed of transaction processing speed of 1,024 shards. Depending on the number of shard chains and the shard block sizes, this can translate to as much as 15,000 transactions per second. This limit is put in place to enable simpler and faster communication between shards in the early stages of Ethereum 2.0.

Ethereum 2.0, even after launch, will remain a work-in-progress. The hard fork will be a major leap in the lifetime of the network, and while it is expected to go smoothly, there is always a risk in implementing something new. As such, users and stakeholders are advised to stay updated on the upgrade.