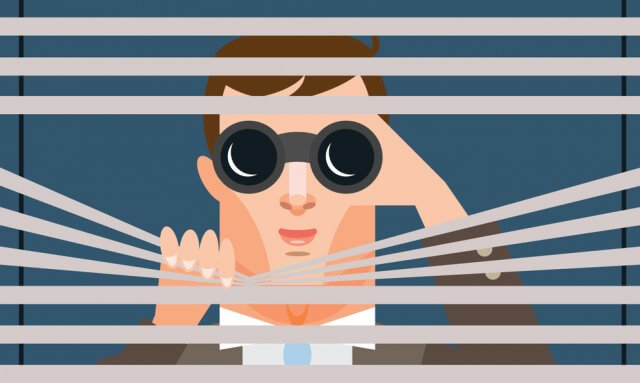 Trading the news is one of the best ways to make a profit within a short span of time. This is because volatility is highest during these announcements, and traders look to capitalize on these news releases by analyzing the data and the price movement.

The strategy we will be discussing is amazingly suitable for traders who love the volatility associated with news announcements. One of the biggest advantages of trading the news is accessibility. Today, we can access the news outcome as soon as they are released without any delay.

Many free websites report economic events every day. The one which is widely used by investors and traders is a site called forexfactory.com. This site is user-friendly, and the economic calendar allows us to view the upcoming news at a glance.

The news that has red-coded flags linked to them have the greatest impact on the currency pairs. We will prefer to trade the news events with the highest impact as opposed to the orange or yellow ones because the possibility of large movement is high. Today’s strategy is also based on such news releases.

As the actual and forecasted figures are extremely important for this strategy, we will be watching these numbers very carefully. That is the reason why this strategy is named as ‘Gawk The Talk.’

Gawk the Talk strategy works well with the 15 minutes and 1-hour candlestick charts. This means each candle on the chart represents 15 minutes or 60 minutes of price movement.

No indicators need to be used in this strategy.

The strategy is suitable for trading all currency pairs; however, it is healthier to trade in currency pairs such as the EUR/USD, USD/JPY, GBP/USD, USD/CHF, USD/CAD, AUD/USD, and NZD/USD.

The idea of the strategy is simple, where we long on the affected currency when the actual figures are greater than forecasted figures by a minimum factor of 15%. To lower the risk, we focus on news events that are related to the U.S. economy. Which means we will be primarily trading the U.S. dollar either as the base currency or counter currency.

For example, if the Reserve Bank of Australia raises the interest rates, we will go long in AUD/USD. And if the interest rates are lowered, we take a short trade in the pair. For news announcements that affect the United States, it is best to trade in the two most liquid pairs: EUR/USD and USD/JPY. Remember, we go long in the pair if the news outcome is positive for the base currency and ‘short’ in pairs wherever the currency is a counter currency.

To illustrate the strategy, we will use the Unemployment rate news announcement, which was released on the 2nd of July 2020. As mentioned earlier, we will be dealing with currency pairs involving the U.S. dollar only. Hence, depending on the news data, we will take a suitable position in the EUR/USD pair.

The first t step is to go to the forex factory website and look for news releases that have the highest impact on the currency. The easiest way to find such events is to look for the red-colored flags on the left-hand side of the event. We will not consider any other news results other than red ones.

In this example, we will be analyzing the Unemployment rate data of the United States.

An important point most traders miss out while trading using this strategy is that they trade just based on the numbers. They forget to look at the charts from a technical angle. In this step, we mark the key technical levels on the chart based on the current state of the price.

As we can see in the below image, just before the news announcement, the price is at the resistance area. This means a ‘short’ trade is considered to be less risky than a ‘long’ trade at this point.

In our example, we see that the Unemployment rate was better than what was predicted by economists. This means the data is positive for the U.S. dollar, and thus we can expect bullishness in the currency. Therefore, we take a ‘short’ position in EUR/USD soon after the market falls from the resistance.

Stop loss for the strategy is placed just above the news candle, which is technically the right spot for placing the stop loss. The take-profit is also placed at a key technical level, which could be a hurdle for the trade. The risk to reward ratio of trades placed using this strategy is a minimum of 1.5. However, one should book partial profits at the halfway mark in order to lock in some profits.

In this case, the price moved about 60% of our take-profit, where would take some profits off. However, more often than not, the price does hit the take-profit levels.

The strategy we discussed today is mostly for the aggressive traders and people with large risk appetite. In this strategy, we are essentially taking advantage of the volatility and the fundamental factors that affect the currencies. The trade management rules of the strategy ensure that we don’t make huge losses even if the trade does not work completely in our favor. Cheers.