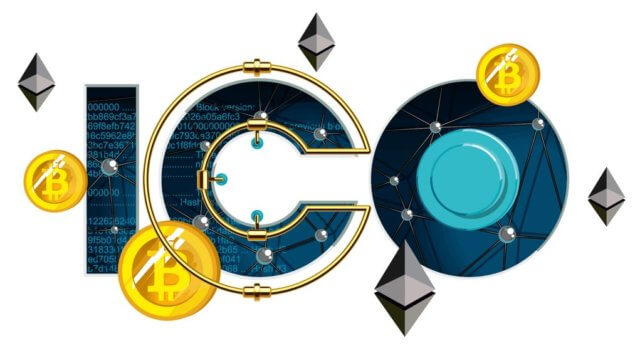 We have discussed many things cryptocurrencies in our recent guides, which talk about their evolution, properties, pros & cons, etc. We also learned a lot about Bitcoin and some of the other major altcoins. As of Feb 2020, more than five thousand cryptos are prevailing in the market. Have you ever wondered how these cryptos come into existence? The answer to this question is ICO. To understand what ICO, AKA, Initial Coin Offering

Irrespective of its size, every company needs sufficient funds to bring an idea to a reality. In the case of conventional companies, there is a concept known as IPO, which translates to Initial Public Offering. Here, a company would go public after they establish their brand name in the market. ‘Going public’ essentially means selling a part of their company to raise more funds and expand its business across the markets to gain more profits.

What Is An ICO?

Like how IPO is for traditional companies, ICO is for the companies who are willing to raise funds to build a cryptocurrency. There might be various agendas for crypto companies, which we will be discussing in the later parts of this article. But not every random crypto company can have an ICO and raise funds. Companies must make their whitepaper public that has all the technicalities of the coin they are going to launch. They must also mention the amount of money they are willing to raise through this ICO.  Along with this, the complete business plan and the acceptable Fiat or Cryptos should also be clearly mentioned.

Once they release the duration of the ICO, interested people can go through the whitepaper of that company and understand the problem they are willing to solve. If that is making sense, and all the other technicalities interest them, they can participate in the ICO by purchasing tokens of that company. Most of the companies accept both Bitcoin and Ethereum to purchase their tokens. The ultimate goal here is to bet on a company that has enormous growth potential in the cryptocurrency space. If that happens, the money they have invested here can have exponential growth and yield huge profits in the future.

If the funds that are raised meets the goal set by the company, the ICO can be considered to be successful. The companies can use these funds and bring their whitepaper to an actual cryptocurrency. But, if the funds raised don’t meet the goal, we can say that the ICO is a failed attempt, and the collected funds will be returned to the investors. Returning the collected funds is a seamless process because all of these transactions are executed through Smart Contracts. So the entire process of an ICO is decentralized and is not regulated by any central authority.

In the year 2013, the first-ever ICO took place where Mastercoin raised around 500k worth of Bitcoin. Then, the ICO of Ethereum took place, which changed the face of the crypto world forever. Without this particular ICO, the crypto world wouldn’t have been the way we are seeing it today. This record-breaking ICO took place in 2014, where the company has raised $18 million worth of funds. This ICO’s massive success enabled the amazing Ethereum platform to transform from an idea on a paper to reality.

Once the Ethereum platform was live with the revolutionary smart contract feature, ICO token sales have been extremely simplified. This resulted in the formation of some of the biggest ICOs to date. One such ICO which is conducted on the Ethereum platform is DAO. If you are a crypto enthusiast, you must have heard about this crypto. DAO has raised about $150 million worth of Ether in just four weeks.

Some of the biggest ICOs we have ever witnessed include EOS ($4 Billion), Telegram ($1.7 Billion), Dragon Coin ($320 Million) & Huobi ($320 Million). Most of the biggest ICOs like the ones mentioned above, happened in 2017-18. This is considered as a golden age of ICOs. The number of ICOs has reduced significantly, and there could be many reasons for that. Some of them include the fall of the crypto market, regulations from the US Securities Exchange Commission, frauds and scams occurred, etc.

That’s about ICOs and some of the biggest ICOs ever to take place. We must be extremely cautious while participating in an ICO. Getting to know the founders well, analyzing the whitepaper, understanding the feasibility of the project, etc. is crucial before making your investments. Market experts believe that the ICOs are almost dead, but there are a few promising ICOs that are going to take place in 2020, and most of them can be found here. In the upcoming articles, let’s understand what IEOs and STOs are and how different are from ICOs. Cheers!