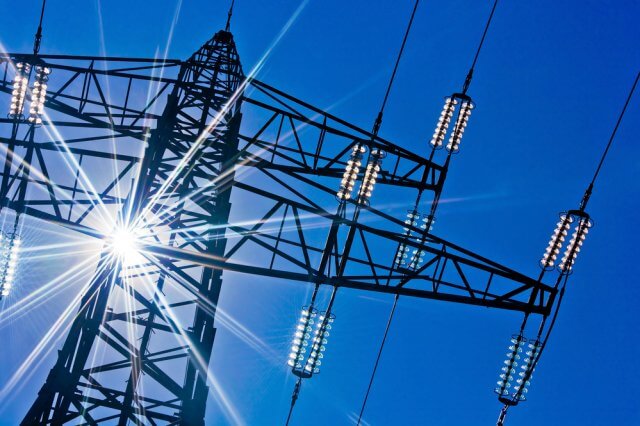 Electricity is the most versatile and controlled form of energy. It is non-polluting and loss-free. It can be produced entirely using renewable methods, such as wind, water, and sunlight. Electricity is weightless, more comfortable to transport and distribute, and represents the most efficient way of consuming energy. Strategies are being developed to generate and use electricity in the most efficient way. It must be produced in the least damaging way, without inhibiting economic development.

Choosing the mode of production

The selection of electricity production mode and their economic viability is linked with the demand and supply in that region. The dynamics vary considerably around the world, resulting in different selling prices across the globe; for example, the price in Iceland is 5.54 cents per kWh while in island nations, it is 40 cents per kWh. Hydroelectric plants, thermal power plants, nuclear power plants, and renewable sources have their pros and cons, and selection is based on the local power requirement and fluctuations in demand. All power plants have varying loads on them, but the daily minimum is baseload, often supplied by plants that run continuously. Nuclear, coal, gas, oil, and some hydro plants can supply baseload.

Due to the advancement in technology, renewable sources other than hydroelectricity experienced decreases the cost of production, and the energy in many cases is cost-comparative with fossil fuels. Many governments around the world are allocating funds to offset the higher cost of new power production and make the installation of renewable energy systems economically feasible. However, their use is curtailed by their intermittent nature, less demand, and sometimes transmission constraints.

Electricity is a major contributor to the economic development of a nation. It is the wheel that drives most aspects of everyday life in society. A nation is a compilation of activities and people whose progress is determined by the infrastructural components. Electricity is the source of fuel for almost all sectors of the economy. Most of our daily activities are dependent on electricity, our hospitals need electricity for various purposes, and airports need electricity for regular functioning and ensuring the safety of passengers.

Although electricity production is an important sector of the economy and a vital component, it may not have a direct impact on the value of a currency. The effect of shortage in electricity is first felt on the company, which will be reflected in its quarter-quarter data. If the results are bad, one can analyze the impact of electricity on the numbers and the stock price. If the industry itself is suffering, it primarily impacts the stock market and not the currency value. Hence, we can say that the impact of electricity is minimal on the value of a currency where investors, too, do not give much importance to this data.

Sources of information on Electricity Production

High levels of electricity production improve the standard of living of the people in the country. This is very important for the economic advancement of a country. If people live in better conditions, it has ripple effects on every aspect of the country. It reduces unnecessary expenditures for the government. It improves the security of the country and helps to create job opportunities for the entire country because the indirect sectors use electricity to power their businesses. Development can only be realized when the key drivers of the economy are unhindered by the country’s lack of infrastructural components.

Impact of Electricity Production’s News Release On The Forex Market

It is important to note that although electricity is needed for the economic development and well-being of citizens, it is not a crucial fundamental indicator. Therefore, investors and traders do not invest based on Electricity Production data. However, let us find out the impact on a few currency pairs on the day of the announcement.

The below image shows total Electricity Production in the United Kingdom, where it increased to 29731 in Gigawatt-hour in December from 28902 Gigawatt-hour in November of 2019. Let us see how the market reacts to this data. 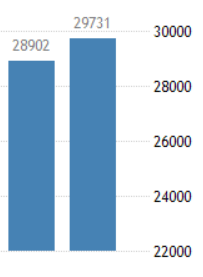 After the news announcement, the price hardly makes a move and stays at the same place as it was before. There is no change in the volatility, as indicated by the ‘news candle.’ The market continues to move higher on subsequent days and breaks out from the ‘range.’ The move should not be considered as a result of news but instead was a technically driven move. Now traders should trade this currency pair using their breakout strategy.

The above images represent the GBP/CAD currency pair, where we see that the market is in a strong uptrend before the news announcement and recently has been sideways. We should not expect major volatility in the pair. Technically speaking, we will be looking to go ‘long’ in the market after a suitable price retracement to the nearest support or demand level.

After the news announcement, the market moves higher by little, and volatility expands to the upside. We could say that since the Electricity Production data was slightly positive for the British economy, traders bought the currency after the news announcement and raised its value. At this point, we cannot take any trade as there is no formation of an appropriate continuation pattern in the market.

The previous images are of the GBP/CHF currency pair, where we see that before the news announcement, the market is in a strong uptrend, indicating a great amount of the strength in the British Pound. Here too, the idea is to go ‘long’ in the market after a price retracement to a key technical level. The price seems to have broken out a small ‘range.’ Thus, we cannot take any position in the market at this point.

After the news announcement, the market instantly drops, and the prices move lower. The news data had a negative impact on the currency pair, where volatility increases to the downside. As the Electricity Production data does not have a long-lasting effect on the currency, the fall in price due to the release of the news can be an opportunity for joining the uptrend.

We hope you find this article informative. Let us know if you have any questions in the comments below. All the best.