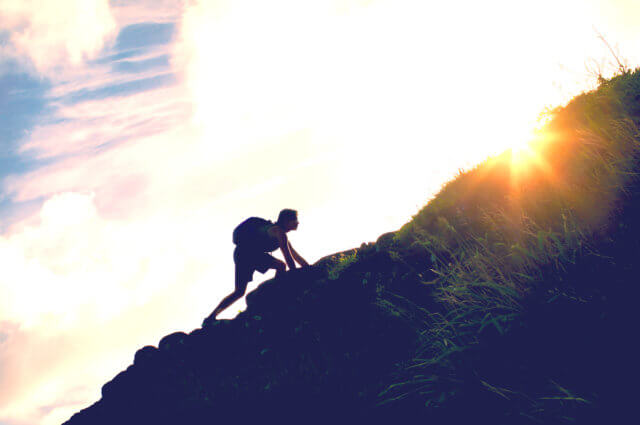 What defines you as a trader? What is the secret ingredient that makes an ordinary person a trader?

Dr. Van K. Tharp, in his first Peak Performance, tells the story of Jack, a wannabe trader that, after more than ten years losing money in the markets he discovered a trader who had made consistent profits in the markets for 30 years. This great trader was willing to teach him if he was committed to learning how to trade properly.

Jack told him he wanted to be a trader, and he understood he, the old trader, was willing to teach how to do it.

The trader said, “yes, I’ll teach anyone, but most people are not fit to learn. All I ask is to do what I tell them to. Many people say he will, but most of them don’t even finish his first assignment.”

Jack told him about his failures and his inability to follow supposedly successful systems that somehow it didn’t work for him. Then, he asked the old trader about his secret to success.

“I know it, said Jack, but what is the secret?”

Commitment means a person is focused on and putting all efforts to accomplish a goal. To show you the difference between commitment and lack of it lets us understand the following cases:

Contrast these cases with the following ones:

We can clearly see the contrast between cases 1-3 and cases 4-6. In the first case, the trader felt unsure, and we see there was an inner conflict between what he should do and that he felt. In the last cases, the trader was in sync with the method. There was no conflict between theory and practice.

According to Dr. Van K. Tharp, conflict is the result of people being fragmented internally. The different parts that make the personality of a person trying to accomplish particular positive purposes by following certain primary behaviors. Not all of these responses are congruent; thus, they push the person towards different directions. For instance, a role that supports a trade decision might be in conflict with the inner part of the trader that tries to avoid risk.

Traders think that to trade successfully is as simple as knowing when to enter and exit. The issue is, when they realize that having always winning trades is not possible, they find two main obstacles:

When a person tries to avoid losses, she holds into the loss hoping it the price will reverse and come to his favor. Then when a small paper profit shows, she closes it at once on fear the price would reverse and become a loss. Finally, she is cutting profits short and let losses run, which is a recipe for disaster.

The truth is in there

The real problem lies inside the trader’s head. People tend to avoid working on themselves, as it’s too uncomfortable, so they shift their problems and blame the market. For example, people seldom record their trades for later analysis. Therefore, they are not sure if the system fails or is himself. Then, they have second thoughts about every trade, so they cherry-pick the trades.

Also, they don’t use predefined targets or stop-loss levels, so they decide to stay or get out of the trade solely based on his inner feelings. Thus, in the end, they succumb to their biases. What’s worse, his system is totally random on entries and exits. Finally, since they do not register their trades, there is no way to know the properties of his system or devise ways to optimize it on entries, take-profits, and stop-loss settings.

The end of it is, the trader will doubt or quit the system after a perfectly normal losing streak because he lacks the information needed to verify if the current performance of the strategy is normal or not.

Many people that are attracted to the markets by their huge potential profits don’t accept losing. But, the reality is there is no sure system to trade the markets. There is an element of chance or risk; thus, some trades will inevitably be losers, and traders have to accept losing. If a person wants to only win, the markets are not the place to be. To be successful, there is no need to be right all the time. Not even 50% of the time. A scientist may spend five years in the lab doing unsuccessful experiments until the last one pays and discovers something worth all the effort and time. A trader may be successful just one every five trades and be entirely successful. In the trading job, a winning rate and Reward-to-risk ratio combination is the key to success.

According to Dr. Van K. Tharp, developing commitment is a three-step process.

Determine your own obstacles. List them on a document. If you’re not sure about them, keep a diary of your trades, reviewing it every week. Look for the obstacles you are encountering.

Analyze every obstacle and try to see what is going on in your mind, what is the common element. Not taking losses? Cherrypicking trades? Taking profits too early? Not keeping your diary properly?. Do some inner research, try to find out what’s inside your head. Doubt, fear, unsure about your strategy?

This step has to do with dealing with whatever is inside you that is sabotaging your trades. You must make peace with your obstacles. One way to deal with them, says Dr. Tharp, is to go to the extremes. For instance, if your problem is with losses, imagine taking a huge loss. As you keep doing this exercise, you will find it easier to cut your losses soon.

You should find the parts of your mind that are key to the conflict and negotiate between the parts, to spot behaviors that could fit both parts in conflict.