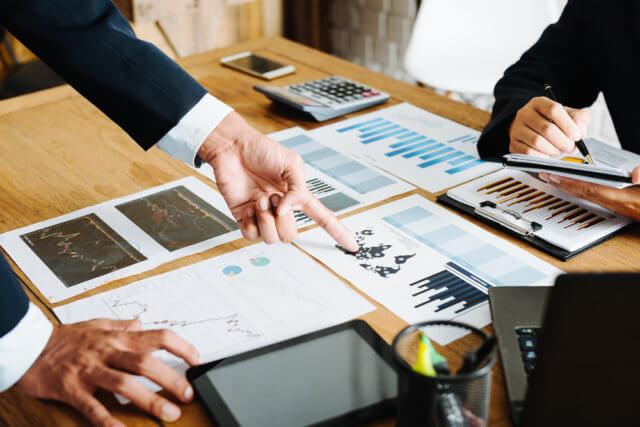 A minority of them are involved in acquiring those skills but think that to be successful, only the knowledge to forecast the markets is needed, most of them focused on learning one or several technical analysis methods that would allow them to do it.

The cruel reality is that the randomness of the markets is high, and forecasting is not deterministic. Thus, operating in leveraged markets makes the task much more difficult if traders are not aware of the statistical parameters and size limitations of the system in question. Thus, psychology comes into play as traders get confused and unable to act as losses accumulate, greed, and fear driving the decision process instead of the rational mind.

Dr. Van K. Tharp states in his Peak Performance Course series that top traders need to master 15 different tasks or processes, twelve related to trading, two preparation tasks, plus “being out of the market” task. The two tasks related to preparation are:

This task aims to recognize our strengths and flaws, so we can profit from the first ones and overcome the second ones. For instance, if you are good at recognizing breakouts, you could focus on that kind of pattern to create your trading strategy. Another trader might have difficulty with decision making but is good at programming. Thus he could use his skills to develop a mechanical system that makes decisions for him.

Goal Settings to solve the conflict

Dr. Tharp rightfully states that most traders are nor aware of what they want to accomplish. Of course, they want to get the max out of the markets, but that statement says nothing about the right way they should go. Most of the time they have conflictive goals, they want profits but also avoid losses, be safe at the same time they risk capital. Most of the time, unresolved conflict of both primary desires spells catastrophe. The right way to solve personal issues is through goal setting. In the case of profit/risk conflict, traders must set goals for the monthly profits and verify these are congruent with the expected risks (drawdowns), and match both to fit him. Goal setting is part of developing a system that suits you, but to know what suits you, you need to know yourself. It is important to list all your desires and expectations about you and the markets.

Are you a risk-taker or avoid risk? Do you want to work 100 percent of the time looking at monitor screens or just to enter a trade? Do you like to plan in advance, or are you an intuitive trader acting the moment you feel a move?

Development of a Low-risk Plan

The key to succeeding in the financial markets is not good forecasting, but profiting from low-risk ideas. A lot of traders only focus their attention on entries and forget that the exit is when the profits are realized. Also, since most traders want to avoid losses, they think that a high percentage of winners is the critical element of a sound trading system. Thus these traders end up scalping small profits and holding their substantial losses. Instead, the key to success is the opposite. Traders must create a written plan with a primary element: low-risk trades.

A low-risk idea is one in which the reward is higher than its risk. The property of high reward-to-risk ratios is better shown with an example. Let’s call the risk R and the reward a multiple n of R. It is evident that in a series of n trades, just one needs to be profitable to break-even. Thus, if continually trading using 5:1 RR ideas, only one profitable trade, every five trades is enough to keep us afloat. Therefore, it is in the trader’s interest to chose low-risk trades as protection for a drop in the percentage of winning trades.

Consistency by following your rules

A written plan consisting of a set of rules is essential. You need written rules so you can, later, analyze results and make changes to the rule that needs to be improved. If there are no rules, it is impossible to improve them.

For instance, let’s suppose there is a stop-loss rule that cut losses at 1.5 ATR(10). Maybe, after some time, you see that there is a substantial portion of trades that reverse after your stop is hit. If your system has such a rule, and you keep a record of your past trades, you could do an analysis and conclude that your system could be optimized by changing the 1.5ATR to 1.8ATR, but that 1.9ART or more harms you in the risk side with no substantial improvement in the number of winning trades. That kind of analysis, obviously, is impossible if your stop-loss strategy is decided on each trade depending on your subjective feelings

Making money demands consistency and discipline. Trading rules are essential to both. To respect the rules is the factor to consistency, and a disciplined mind is required to adhere to the rules. With no rules, trading is a set or random entries and exits with no possible statistical value for future analysis and improvement. In this context, a mistake means not a losing trade, but not following the rules.