On January the 5th, the Georgia runoff elections for the United States Senate could prove to be a turbulent affair for US stocks and, in particular, the Dow Jones industrial 30 average. 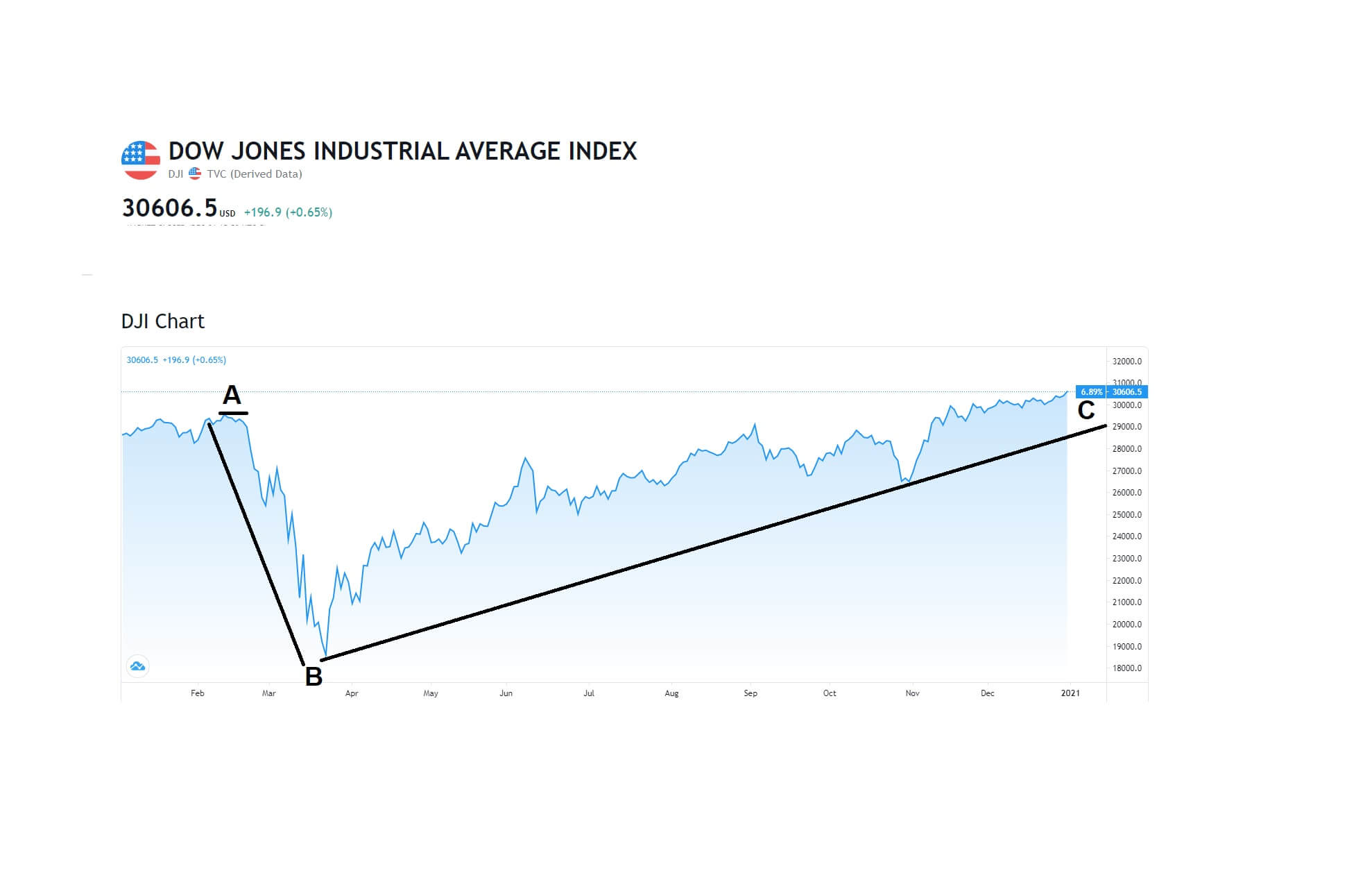 The Dow Jones industrial average index has had quite an incredible year from it’s high, shown here, of 29,500 in February to its crash of 18,500 during the initial wave of the pandemic to hit the USA in March, and on to a record-breaking high of 30,600 at the time of writing.  Most of the move higher can be attributed to the amount of stimulus which has been put into the US economy and where those dollars are finding their way into the stock market, and where investors are looking beyond the pandemic, where vaccines will help get the US economy back pre-pandemic levels of growth. This is also somewhat buoyed by the federal reserve’s stance on lower interest rates for longer, which also serves to inflate stock markets because corporations can access low-interest rate loans.

The Georgia runoffs are essentially on a knife-edge because they hold the potential to swing the balance of power in the 100 member US senate between the radical difference democrats and republicans. The November election left the republicans holding 50 senate seats and the democrats controlling 48. Only the two remaining seats in Georgia are undecided, and if Joe Biden’s party wins these seats, the balance of power will tilt towards the democrats.

While the US stock markets have largely ignored political events since the pandemic began, the upcoming Georgia elections cannot be ignored for the following reason:  Joe Biden has promised to reverse corporate tax cuts, which were introduced by the Trump administration in 2017.  This puts company earnings at risk.  And while the old style of earnings to share price ratio has largely been ignored by stock market investors during what can only be described as a shift in fundamental analysis concerning how the markets perceive corporate valuations, should Joe Biden win control of both chambers of Congress, he would be in a position to reverse these tax cuts and send a shudder through wall Street.

Investors will be looking to reposition their portfolios in January, as the new year and first quarter got underway, and there are lots of new data to take into consideration, including the ISM manufacturing and services for December, and weekly jobless benefit claims, to consider, plus the November trade deficit and of course the unemployment report for December, which all come out in the first week of January, with the possibility of causing turbulence in US stock markets.

With this political uncertainty and the fact that the Dow Jones is at an all-time historic high, it lends itself nicely for a pullback, at least until the above are all factored into the market.