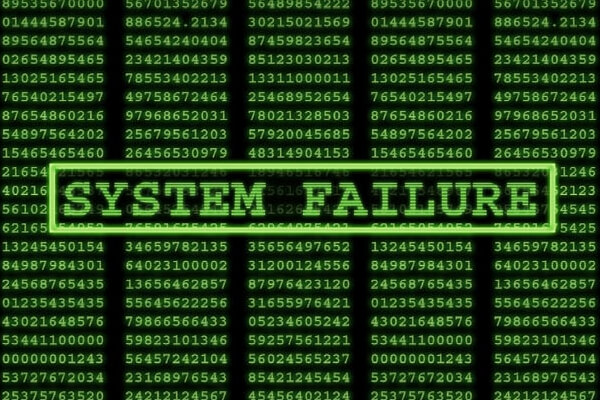 In today’s finance, governments and central banks pretty much control the whole system – from the issuance of currency to setting of interest rates, while big players like regulators, corporations, and international organizations wield so much power over the system. As such, the current global financial order is centralized – with influence and power belonging at the top.

We have worked with centralization since the very invention of banking. That doesn’t mean it is the ideal system – far from it. A centralized system has its own challenges – some of which have contributed to the global problems we face today.

☑️ A clear chain of command – everyone interacting with the system – from employees to consumers, to intermediaries, etc., knows who to turn to for any major decision making.

☑️ Standard operating procedures – financial institutions follow specific standard procedures and methods. As all decisions lie with the managing body, there is little variation between departments and branches.

☑️ Bureaucracy – owing to the central chain of command, the more a financial institution grows, the more the layers of management and hoops that have to be jumped before reaching the front lines

Having all the decision making power and control at the top financial institutions means the entire system has to grapple with these risks and drawbacks:

Billions of People Are Unbanked

In the current centralized system, having a bank account is a prerequisite to accessing financial services. However, over 1.7 billion worldwide do not have a bank account, either due to banks being too far away, not having enough money to open an account or lack of necessary documentation or credentials.

As a result, these people cannot access financial services to enable them to create economic value and improve their standards of living. As the high-economy countries run the global financial system, these people are left behind.

To utilize financial services and participate in financial markets, one must have a degree of financial literacy. But currently, only one in three people have an understanding of basic financial concepts, with a majority living in high-income economies. A centralized financial system favors the financially literate while leaving behind the illiterate and semi-illiterate.

Without a basic understanding of financial concepts, it makes it hard for the bigger part of the population to make the right financial decisions and hence create wealth.

In the centralized financial system, financial markets are usually dominated by those with the best connections to them. These people have access to financial opportunities and asset classes, capital, unhindered access to market information, and access to financial expertise. As a result, wealth is distributed in a top-heavy manner, i.e., the majority of global wealth is concentrated among very few people.

On the other side of the spectrum, the overwhelming majority of people have no access to information or even capital that can help them start building wealth. They may not only be living from hand to mouth, but they may also lack access to investment tools like stocks, bonds, mutual funds, etc.

Centralized finance tends to involve high intermediary fees while sending money across borders. The average cost for sending money overseas is 7% of the total value, and that rises to almost 11% when sending money via a bank.

Even worse, international bank transfers can take several days, leaving many people who are waiting for cash stranded.

Low Trust in the Financial System

Due to the lack of transparency associated with centralized finance systems, many consumers have little or no trust for the model. A report by Edelman shows there is only a 57% level of confidence in the financial sector, with trust in governments – which regulate the financial industry, even lower. Many people report feeling they are not being served in acceptable standards.

In a centralized financial system, governments have the power to manipulate fiat currencies. Venezuela and Zimbabwe are two examples of how governments have devalued currencies, causing runaway hyperinflation and a devastating effect of citizens. For instance, currency manipulation in Venezuela caused the price of a cup of coffee to skyrocket by over 772,400% in six months.

With financial power held by just a few elite institutions, it means one abject failure can send the whole system crashing. This is illustrated only too well by 2008’s US’ subprime mortgages that threw a wrench into banks’ balance sheets, causing a massive downturn that created a ripple economic effect worldwide.

Centralization creates an “all eggs in one basket” scenario, and if that basket breaks, it can spell doom for the world’s wealth on a massive, destructive scale.

Extractive of Value Rather Than Adding Of Value

This state of affairs stifles innovation and advancements that could lead to a better financial system for the betterment of all, as everyone rushes to gain more value while contributing little to nothing in the system.

In the centralized financial system, there is too much complexity of terms, concepts, and financial instruments, which increases instability or amplifies shocks in the system. For instance, the average person on the street cannot start to fathom complicated things like CDO-Squared or Commercial Mortgaged-Backed Securities. These complex financial instruments transfer the risks in the finance sector to other countries and industries, with negative consequences for the entire system.

Is There An Alternative?

With such drawbacks for the centralized financial system, is there an alternative? The answer is yes. The proliferation of mobile phones, internet connectivity, and the development of groundbreaking technologies such as blockchain could create never before seen opportunities for a decentralized, accessible-to-all financial system.

This evolution, however, depends on the attitude of governments and the existing financial system.  Its willingness, or lack of it thereof, to embrace decentralized financial solutions will very much determine the future of the global financial system.