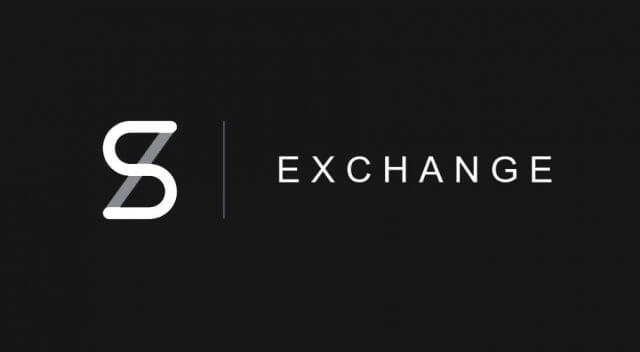 Satoshi Nakamoto’s vision for Bitcoin was money that could not be controlled by governments and regulators. Little did he know, though, that the underlying technology of Bitcoin – blockchain, wielded so much potential for the realization of this goal in a way that Bitcoin itself (alone) could never accomplish.

Thanks to the blockchain network, we are now experimenting with the idea of a decentralized finance industry – whose vision is to empower all economically – regardless of race, origin, or social status.

Synthetix is a decentralized finance platform that makes it possible for anyone with an internet connection to access a wide variety of financial assets: from Fiat currency to gold, Bitcoin, commodities, and precious metals – without the need for costly brokers or intermediaries.

But what is Synthetix, and how does this decentralized platform work? We answer these questions and everything else you need to know about Synthetix here.

Synthetix is a decentralized finance platform built on the Ethereum blockchain. It hosts tokens, commonly referred to as Synths, that are tied to the value of liquid assets like stocks, real-world currencies, cryptocurrencies, commodities, indices, and precious metals. These assets are held in the form of ERC-20 tokens.

Synthetix started as ‘Havven,’ a stablecoin project, before rebranding to the current name. The platform’s native currency is known as the ‘SNX’ token. SNX powers the creation of Synths, as explained by the platform’s creators: “The platform uses a token called SNX (the Synthetix Network Token), and holding this token allows you to create Synths. You do this by locking SNX into a smart contract and minting Synths against this value. To ensure Synths are fully booked, the system will only allow you to issue a fraction of the SNX value you lock.”

The question you’d ask is: “Why would I hold a synthetic asset instead of the real-life asset?” Well, the main reason an individual would hold a synthetic asset is to receive a benefit that the asset itself would not provide. This could range from getting access, e.g., to gold – without the real-world implications of custody, or wanting to gain liquidity for an asset that will be hard to sell quickly enough in the real world. Synthetix users do not only get this, but they get to do so on a decentralized, peer-to-peer, and transparent platform.

How Does Synthetix Work?

Users purchase and lock SNX in their wallets. They can then create Synths, which will track the real-life price of the assets. The price of a Synth is arrived at via oracles provided by the Chainlink network. Users can also trade Synths via the Synthetix Exchange. This allows them to convert these tokens into a form whose price they can track in different ways. For instance, there is ‘sBTC,’ which allows individuals to track Bitcoin prices, as well as iBTC, whose price moves contrarily to that of Bitcoin.

By virtue of holding Synth tokens, Synthetix users have access to endless possibilities in trading, hedging, remittance of funds, making payments, and building a portfolio.

Whose Idea is Synthetix?

Synthetix is the brainchild of crypto payment company blueshyft CEO Kain Warwick. Warwick conceived the idea of Havven in 2016 when looking for a solution to solve the issue of arbitrage in crypto prices in smaller crypto markets like Australia and Korea.

How Does Synthetix Remain Collateralized?

The primary concern on the same platform is what will happen if Synths began moving inversely with the underlying SNX tokens. How would the system stay collateralized if, say, the price of SNX is falling, while that of Synths rising?

Thankfully, the platform is designed to have infinite liquidity, which, when combined with various features baked into the system, maintains the collateralization of the platform. Below, we’ll take an in-depth look into each of these features.

#1. The Requirement of 750% Collateralization

For the Synthetix system to issue new Synths, it needs to have collateralization of at least 750%. The collateral cushions the Synths in circulation from unexpected price swings.

Synthetix is designed in a manner that when a user mints Synth, their SNX collateral is locked up – with the Synths acting as outstanding debt. If you want to unlock your Synths, you first need to offset your debt by burning Synths that are equivalent to the value of the Synths they had issued earlier.

The minimum of 750% in collateral ensures that users can easily buy back and sell their own debt if they so wish.

On the Synthetix platform, there is personal debt for users who have created Synths. But there is also a universal debt underlying all the Synths in circulation.

A user’s personal debt is calculated as an ever-in-flux percentage of the total Synths issued, together with the exchange rates of the underlying asset and that of the issued Synths.

This means Synth issuers do not need to pay back their debt with the exact type of Synth that they minted. An individual who issued a Synth can repay the debt with any other type of Synth, provided it’s equal in market value to the Synths they wish to burn.

This mechanism lends the system ‘infinite’ liquidity, which also enables endless shifts between Synths – without upsetting the system’s balance.

The Synthetix decentralized exchange allows users to buy and sell Synths via smart contracts, removing the need for counterparties or third parties. Anyone can access via a web3 wallet, allowing them to easily and quickly buy or sell Synths and SNX tokens.

All exchanges have a fee of 0.30%. The fees are given to SNX holders as a reward for providing collateral for the Synths in circulation.

The Synthetix system also has a monetary inflation policy for SNX embedded in the code, with the total supply of SNX in circulation increasing in a five-year span – from 2019 to 2024 –  from 100 million to 250 million.

This monetary policy was not originally part of the system. It was added when it became apparent that the exchange fees from Synth transactions were too low to incentivize SNX token holders to hold up SNX as collateral.

The additional SNX will be distributed among SNX holders who have held their SNX as collateral. This will incentivize users to contribute to the system and support the network before it’s robust and independent enough for everything to run as intended.

Another benefit of the inflation policy is that it will make the network more secure by automatically adjusting that collateralization ratio by the adding of extra collateral to SNX holders.

Anyone can buy SNX, mint Synth, and take on its debt. This qualifies one to become a staker in the Synthetix ecosystem and start collecting staking rewards  – which are a percentage of the exchange fees – set at 0.3% for every transaction.

All exchange fees are transferred to a collective pool, after which they are distributed to SNX token holders in proportion to their outstanding debt. In this way, users can increase their staking rewards by simply increasing their SNX issuance.

Where to Buy and Store Synthetix

You can purchase or exchange cryptocurrency for SNX in any of several popular exchanges, including Coinbase, Bittrex, gate.io, Liquid, and Kucoin.

The Synthetix platform offers a decentralized, peer-to-peer, accessible-for-all platform where users get exposure to all kinds of real-world assets without the burden of acquiring ownership and other barriers. The platform has the potential to create a powerful tokenized asset platform that can shake the whole financial market. The success of this platform will be a part of Satoshi’s grand vision, even if not in the way that they envisaged it.