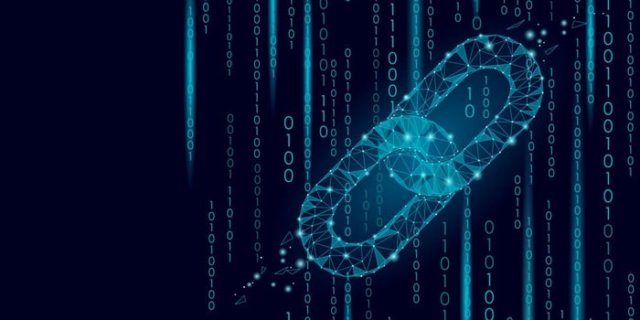 Bitcoin brought with it blockchain technology – the technology that allows digital information to be distributed but not edited or copied. After it became a hit with Bitcoin, eager innovators from all over the world have made it their mission to replicate it in nearly every conceivable industry. From finance to healthcare to supply chains, industries are experimenting with blockchain to improve efficiency, transparency, and accountability in their systems.

A blockchain is a database whose entries cannot be deleted or edited but only distributed. It’s a time-stamped series of transactions that are immutable and whose data is managed by a network of computers.

Cryptocurrency, a form of digital money that prevents double-spending, is so far the dominant application of blockchain. Blockchain as a concept had been floated around the computer science space from as early as 1991, but only materialized 18 years later when Satoshi Nakamoto, the anonymous creator of Bitcoin, employed it as the underlying technology of Bitcoin.

Now, as its appeal has increased in recent years, it has been borrowed for use in all kinds of digital information.

Today, there are three kinds of blockchains: private, public, and consortium chains. This article sets to exploring each of these. Before that, let’s point out three characteristics all three share.

☑️ An append-only ledger – this means that on a blockchain, you can’t modify or alter what’s already recorded – you can only add to the last block. This procedure greatly reduces the chances of fraud.

☑️ A network of peers – all network participants (called nodes) hold a copy of the database. This setup promotes fairness and autonomy.

☑️ A consensus mechanism – a blockchain network must have a mechanism through which nodes can agree upon the authenticity of a transaction. This feature promotes a democratic – everyone-has-a-say – process.

What is a Public Blockchain?

A public blockchain is an open-source blockchain. That means it’s open to the public. Anyone and everyone of every age, nationality, or social status is welcome to join the network, have a say, and take part in core activities. Public blockchains are also called ‘permissionless’ since you don’t need permission from anyone to interact with the protocol.

The idea behind public blockchains is self-governance and autonomy. No one dictates the rules, and anyone can join and leave as they wish. As well, all transactions that take place on a public blockchain are entirely open for anyone to see.

Public blockchains are ‘censorship-resistant’ in that they are run by users all over the world, making it hard for any authority or government to control or shut them down.

Also, public blockchains have a token that incentivizes various participants of the network to keep the network active.

Public blockchains are highly secure, courtesy of being run by computers from all over the world.

They ensure privacy for users in that you don’t leave your personally-identifying details on the chain, but rather transaction information like wallet number, time, and amount.

Transactions are peer-to-peer, meaning users are in complete control of their money with no one capable of freezing their funds

Public blockchains like Bitcoin consume a lot of energy, which is expensive and bad for the environment

The majority of public blockchains are pseudonymous, meaning users do not have absolute and inviolable privacy or anonymity.

Some users of the network might have malicious intent, including hacking, stealing of tokens, or network clogging.

Bitcoin is the first-ever and the most well-known application of a public blockchain.

Bitcoin transactions can be examined by anyone on the Blockchain Explorer. Other public blockchains are Ethereum, Litecoin, ZCash, Monero, Dash, and so on.

What is a Private Blockchain?

A private blockchain is one in which you need authentic and verified credentials to gain access. A private blockchain differs from a public one in that you need permission, depending on your position in the system’s hierarchy, to contribute and maintain the network. People at the top of the hierarchy or those with express access can also override processes as they deem necessary.

A private blockchain makes sense in a business context where managers want to improve efficiency but don’t want to put company data on the public blockchain. As well, a business has the right to amp up privacy restrictions any time they deem fit.

In a private blockchain, there’s the question of who enters entries, who can see updated transactions, who can begin a process, and so on.

Since only specific users can control the network, there’s no waiting times or periods of high demand which would slow down the network.

Entities that use private blockchains can keep sensitive data from the public while also realizing improved levels of efficiency.

Private blockchains do not have to provide any incentives to participants; neither do they consume massive amounts of energy.

There is no possibility of downtimes arising from a spike in demand.

Without support from computer users all over the world, a private blockchain is prone to stunted growth. It can also be slow to scale up and meet changing customer needs.

Since they are centralized, public blockchains are susceptible to human error, manipulation, abuse, and other unfair dealings.

Use Case of a Private Blockchain

The best use case of a private blockchain is Hyperledger Fabric, a permissioned blockchain that businesses can deploy on their platform. The blockchain is also available in a plug and play mode, allowing businesses to set it up anytime and plug off when they don’t need to use it.

Walmart is a well-known user of Hyperledger Fabric. The retail giant can now trace the origin of more than 25 food products, from farm to store, to ensure quality levels and food safety.

What is a Consortium Blockchain?

After that distinction, the rules of the system are not cast in stone. Some selected individuals may be the only ones who can view the chain, or it can be everyone in the consortium. As long as decisions are arrived at by consensus, they can be rolled out to the satisfaction of all parties.

Consortium blockchains make sense in the context where multiple organizations operate in the same industry and see it fit to collaborate on certain aspects of their business. This way, they can save on costs and function better individually and collectively. An organization would be motivated to join such a consortium courtesy of information and insights into the industry that they’d gain from other industry players. Sometimes the organizations involved can be termed “frenemies” since they are working together but also competing against each other.

Use Cases of Consortium Blockchains

There are currently many consortium blockchains that exist all over the world. Let’s briefly look at a few below:

☑️BankChain, a platform for banks whose goal is to explore, build, and implement blockchain software. Members of the BankChain community include Deutsche Bank, Bank of Baroda, Lulu Exchange, Kotak Bank, etc.

☑️B3i, a community of insurers and reinsurers that attempts to improve industry efficiency through blockchain. Members include Liberty Mutual, Swiss Re, SBI Group, Tokio Marine, Allianz, and so on.

Blockchain has evolved a lot from the days when it was associated with Bitcoin only. It’s definitely exciting to see it as the new and hot technology that industries of all types are scrambling to get a piece of. And understandably so, because it embodies features that are a first, and which have the potential to revolutionize not just how we do business but also society itself.

Companies need to choose what type of blockchain they want to get involved with, depending on their end goal and overall objective. Meanwhile, blockchain enthusiasts will be watching for new developments in this thrilling space.