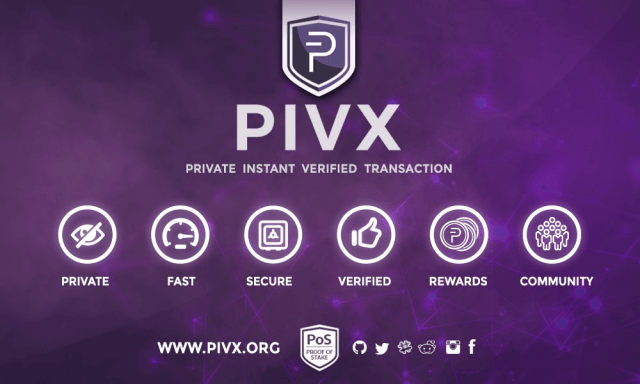 Bitcoin has inspired thousands of cryptocurrencies. At the moment, there are 7,434 cryptocurrencies, according to Coinmarketcap. Each cryptocurrency comes with aspirations of being better than the last one in one way or another. Others want to solve the issues inherent with Bitcoin, such as lack of complete privacy, scalability issues, etc.

PIVX is one of such cryptocurrencies. Launched in 2016, PIVX was the first to use a two-tier staking reward model and both cold and hot staking.

This article explores the PIVX protocol and what innovations it brings to the space. We’ll also see its native token and how it fits in the puzzle.

#1. Dash/Bitcoin core source-code: The PIVX protocol is forked off of the source code for Dash, which in itself forked off Bitcoin’s source code. Dash’s code is fortified with a tailored PoS algorithm and an enhanced privacy protocol.

#2. Customized PoS algorithm: PIVX’s improved PoS is intended to achieve true decentralization while using as little energy as possible. This PoS also implements a community governance system to be “the ultimate people’s fungible cryptocurrency.” After transitioning from Proof of Work (PoW), PIVX has solely relied on PoS to generate new blocks. Block generation is done by holders of the PIVX token

#3. Masternode network: PIVX features a second-tier network of masternodes through which users can set up specialized full-node wallets if they stake in at least 10,000 of PIVX tokens. The masternodes are entitled to network governance, a role for which they are rewarded with more PIVX. All payouts are done in a completely decentralized manner.

How Does PIVX Differ From Other Blockchain Networks?

PIVX distinguishes itself from other blockchain networks with the following characteristics:

PIVX utilizes a customized Proof of Stake model in which users can stake in PIVX using both hot and cold wallets. Through this, users can mint new tokens and get rewards. Masternodes are also rewarded for every new block that’s minted.

This feature allows users to store coins in one wallet, with the possibility of delegating those coins for staking by another node. This means a staker can have their wallets online and still stake without necessarily having spending access to the coins. Cold staking ensures security for coins and ensures the user can still stake and get rewards even if their coins are stored offline.

This is a faster and more efficient replacement for the Zerocoin protocol.

PIVX features its own legal footprint, which supports the project legally and financially. The foundation stepped in in 2019 as a subset of the Sustainable Development Goals Impact Fund (SDG) – a Public Charity Donor Advised Fund (DAF). This DAF is the only one in the US that’s not controlled by a bank, uses cryptocurrency, and is focused on helping advance the United Nations’ SDGs.

How to Stake PIVX

There are two ways to stake PIVX (PIV). One is hot staking, which involves installing PIVX’s core desktop wallet and unlocking it in Staking Only mode. When you deposit coins, they’ll start when they gain 600 confirmations. Hot staking requires that the wallet be online for the process to take place.

The other method is cold staking, which can be done by installing the core desktop wallet, depositing crypto, and delegating the staking of those coins via the Cold Staking tab to an offline staking address. That address could either be your own wallet or one belonging to a third-party cold staking service provider.

Specs of the PIVX Token

Where to Buy and Store PIV

Today, you can find PIV listed on a variety of exchanges as a market pair of BTC, KRW, ETH, EUR and USDT. Some of the exchanges include Binance, Finexbox, VCC Exchange, Bithumb, Bittrex, KuCoin, Graviex, YoBit, LiteBite.eu, Birake Network, HotBit, Txbit, and VALR.

PIVX manages to provide something novel for the crypto space, whether its pioneering the Zerocoin protocol or supporting both cold and hot staking. However, its place in the market is not exactly enviable at this point, and if it means to stay relevant, it will need to up its game or risk being relegated to oblivion.