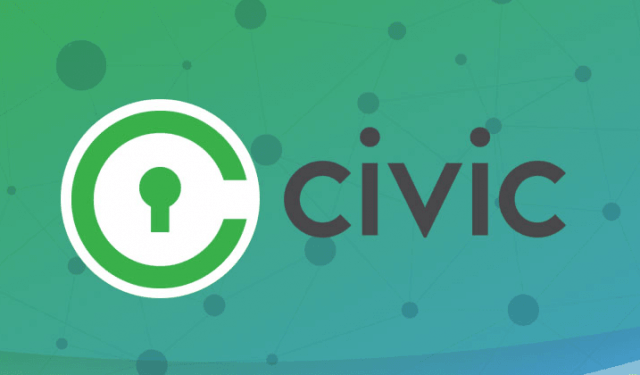 The world has advanced in so many ways, but somehow, we constantly have to prove our Identity every other time we need to interact with a new service provider. And on top of that, centralized entities such as governments own our personal identification information. There’s also the issue, in underdeveloped countries, of people lacking basic services because they can’t prove their Identity.

Civic offers a decentralized, open, and encrypted identity verification platform that grants identity information owners absolute control over their own Identity. And with this, to eliminate the redundant, resource-consuming process, both for you and service providers, of having to identify yourself every time.

And all this in a cryptographically-secured platform that deters unauthorized access, preventing hackers and other malicious parties from stealing or tampering with your identity records in any way.

In this article, we go into a detailed overview of what Civic is all about. Let’s dive in.

Civic is a blockchain project that aims to manage the Identity of persons in a safer and decentralized manner. As opposed to centralized identity management systems, Civic wants to provide more secure, cheaper, and faster verification for individuals around the world.

Imagine the number of times you’ve had to undergo a KYC (Know Your Customer) procedure. Whether it’s a new job you’re applying, opening a bank account, registering as a voter, participating in an ICO, you have to show proof of Identity and wait for days or weeks as the organization authenticates this information.

Civic proposes to solve this problem via a blockchain-based and decentralized solution. With just the click of a button entering just a single detail of your personal identity information, any organization can cross-check this on the blockchain. And this is within seconds, rather than hours, or days, using outdated methods.

How Does Civic work?

The Civic network has three separate but interdependent entities: users, validators, and service providers. Users are individuals who utilize the protocol to register the Identity. (An easy process using Civic’s Secure Identity app).

Validators are tasked with verifying the authenticity of identities. They can then sell this info to service providers on the Civic marketplace. Service providers are organizations/entities that need to verify the identity of candidates, customers, and so on. They are incentivized by the Civic token (CVC) to do so.

Thanks to the Civic marketplace, service providers can save a lot of resources that would have been spent verifying the Identity of people. Now, all they need to do is purchase ‘access rights’ to users’ ID information.

Civic runs atop the Ethereum blockchain and utilizes smart contracts to oversee the verification of data and the network’s reward system.

Secure Identity App is Civic’s mobile and web platform where users can get started with Civic. When setting up, you need to enter various personal details such as name, address, driver’s license, social security number, ID number, tax ID number, passport number, and so on. You don’t have to enter your username or password so as to save the information. Instead, users use biometrics such as fingerprints.

Also, a private key to encrypt users’ personal information is used. With this key, it’s only you that can access your personal identity details. While Civic will store the data, not even they will be able to access your info.

As a matter of fact, Civic does not actually store identities on the blockchain directly. What it has are attestations of personal information for reference. This is Civic’s other way to preserve the integrity of their identity management process. Users can be absolutely certain that they are in full control of their sensitive identity information.

The Civic Token and Civic Marketplace

When a validator cross-checks identity information, other service providers can buy access rights to the information. Validators can also sell the rights on the Civic Marketplace (rebranded as Identity) with the users’ permission. Both validators and users receive CVC tokens. The validators for verifying the info and the users for providing it. A validator can be a bank, an insurance company, real estate, utility companies, and even governments.

Who’s on the Civic Team?

South African entrepreneur and member of the Bitcoin Foundation Vinny Lingham is the co-founder and CEO, and he brings over ten years of e-commerce experience.

Jonathan Smith is Chief Technology Officer and co-founder. He has over 15 years of experience in banking and technical analytics and has previously worked for companies like Deloitte and RBS.

Chris Hart is Chief Operating Officer, and he has over 20 years in senior finance and IT, having worked for companies like Guidebook, Inc., and Nextag.

Where to Buy CVC

CVC is available in quite a number of exchanges. Find CVC at Binance, Bittrex, and Huobi, Cointree, Coinswitch, KuCoin, Huobi, ShapeShift, Poloniex, IDEX, and BitIt.

CVC is an ERC20 token, meaning it can be stored in any Ethereum wallet. Some options include MyEtherWallet, MetaMask, Atomic Wallet, Most, Edge, Trust Wallet, Guarda, Ledger Nano S, and Trezor.

Civic helps individuals to not only have complete control over their identities but also earn doing so. This is a welcome contrast to the age-old process of having to recommit the same info to every new entity. And organizations can save a ton of resources that would have gone into verifying user identities. All they need to do is pay a small fee and obtain access rights within no time.

And this, with the promise of high-level encryption security and biometric security that grants users utter control over their identities. The Civic platform is game-changing, and believers in sovereign Identity, as well as blockchain enthusiasts, are watching the project keenly.