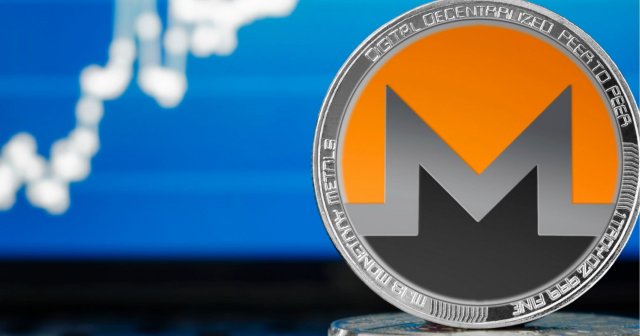 Recently (Oct 2020), Monero hit $139 – its 2-year high, and investors are expressing renewed confidence in this crypto. What’s even more inspiring is the fact that the cryptocurrency has maintained a consistent sideways or upward – but not downward – trend since then. Before the 2017 crypto bull run, Monero always shied from surpassing the $1 mark. But the boom seemed to have inspired this crypto to take on the major players.

On the other hand, investors are all over the place scrambling for Bitcoin, partly why it is currently shining in glory. While most of those jumping onto the Bitcoin frenzy might be a bit late to the fiesta, the case could be different for Monero investors. Could it be the next-best alternative to Bitcoin at the moment?

Let’s take a closer look at this crypto and determine whether it can give Bitcoin a run for its money.

Monero was invented in 2014 with one goal: to facilitate private and anonymous transactions. But Bitcoin was already doing that! Well, not quite. Bitcoin was thought to be anonymous, but that is not the case. With the Bitcoin blockchain (and many others), it is possible to trace the transaction’s origin because the blockchain is transparent.

Monero, on the other hand, provides a high level of obscurity for transactions. We can’t say that it is impossible or not to tell the source of an XMR transaction, but as of now, that possibility remains a matter of conjecture.

In this age, users seem to cherish privacy, even when they are doing nothing illegal. As Monero positions itself as one of the most private and anonymous cryptocurrencies, it is gradually becoming a darling to many.

Other than providing unmatched privacy and anonymity, Monero is also cheap, fast, and easy to use – qualities that appeal to both neophytes and seasoned users.

The Sudden Interest in Monero

It’s not only speculators and investors who have expressed increasing interest in Monero – hackers and regulators are also realigning their strategies around this crypto. For instance, Sodinokibi, a ransomware (criminal hacking) group, recently announced that they would start taking ransom in Monero instead of Bitcoin. They added that their decision to abandon Bitcoin was based on privacy issues, which Monero does not face.

If you follow dark web affairs, you know that there is a close relationship between cryptocurrency adoption for illegal activities and the growth of Monero. This can be evidenced by Bitcoin’s momentary decline in 2013 after Silk Road, one of the largest black markets, was seized by the FBI. If we draw parallels between BTC’s adoption in the black market and Monero’s interest in the underworld, there can be no denying that Monero will soon become a much sought-after gem.

Authorities are also showing interest in the crypto, albeit not for investment purposes. In September, the US Internal Revenue Service announced that it’s giving out a bountiful reward to anyone who can help them trace the source of Monero transactions. Europol also reported that Monero is fast rising as the standard for dark web transactions.

These events suggest that XMR’s adoption is likely to increase. With increased adoption comes increased volumes, market capitalization, and prices.

The coin was launched in 2014, exchanging at about $2 or 0.005 BTC. After struggling for several years, the 2017 crypto bull finally came to its rescue, raising its value to over $400 at some point. However, XMR’s performance against BTC had started rallying way before the crypto boom. Since mid-2016, XMR had already started gaining against Bitcoin. This was a noteworthy trend since XMR has largely maintained its growth against BTC.

The crypto has also grown its 24-hour trading volumes tremendously. Just a year ago, Monero seemed to struggle to reach $100 million in daily transactions. Even during the 2018 peak when it was fetching $400 in XMR/USD trades, daily volumes hardly surpassed $200 million. At the time of writing, XRM was exchanging at only $116, but the 24-hour volume was hitting over $2 billion. In other words, 24-hour volumes have increased 20-fold in 12 months. There is no doubt investors are increasingly trying out this alternative.

If you are convinced that Monero is a worthy alternative to Bitcoin, there’s one crucial decision you need to make – and that is whether to trade XRM with Bitcoin or with USD. After all, most exchanges that list XMR offer both pairs. It is important to evaluate this decision because XMR’s relationship with BTC and USD hasn’t been linear – there are times when the crypto has fetched more BTC than the equivalent in USD. In fact, this has been the case during most of its lifetime, except for the last few weeks where Bitcoin has grabbed headlines for its performance.

Based on the historical exchange rates, it would be more profitable to exchange XMR with BTC when selling than with USD. However, owing to the trend reversal in the last few weeks of Bitcoin’s glory, it is important to watch how the curve extends.

While Monero is generally promising, there are two major concerns you might want to evaluate before picking it as an alternative to Bitcoin.

#1: It might not be available on your favorite exchange – Due to the crypto’s high level of privacy, some major exchanges do not list it. This is especially true for exchanges that seek to comply with regulators. As we have seen, Monero is increasingly becoming popular in the underground economy, and reputable exchanges might want to distance themselves from it.

#2: Monero is widely associated with facilitating illegal trade – When you mention that you are a Monero, Zcash, or Dash investor, chances are you might be mistaken for being part of the dark web economy. Well, this won’t dampen your chances of successful crypto investment, but it’s worth keeping in mind all the same.

Monero is one of the fast-rising altcoins besides the fact that it has had a good track record in financial performance. In 2020, the coin has grabbed regulators’ attention due to its increased adoption in the underground economy. At the same time, the coin has consistently gained against both the USD and BTC throughout the year, save for the last few weeks where it has lost slightly against BTC. Also noteworthy is that the crypto’s daily volume has increased more than 20 times since the beginning of the year – signaling its increasing adoption. Although there might be a few concerns regarding the use of this cryptocurrency for covert activities, there is no denying it is a worthy alternative to Bitcoin.