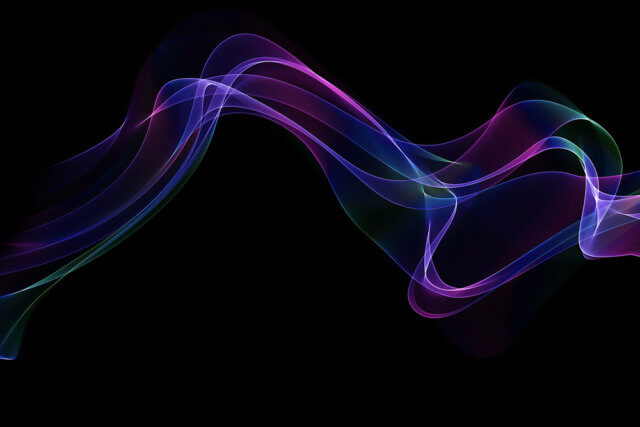 In our previous educational post, we learned to identify the end of a movement. In this article, we will discuss how to use and evaluate retracements in the wave analysis.

Glenn Neely, in his work “Mastering Elliott Wave,” establishes a set of rules and conditions to evaluate the retracements that each wave makes.

In summary, depending on the retracement of wave 2 (W2) with respect to wave 1 (W1) and the retrace of wave zero (W0) compared to W1. Neely defined a ser of rules and conditions to evaluate and identify each movement. The set of rules will be as follows.

We consider this rule when the second wave (W2) is lesser than 38.2% of the first wave (W1). Once we have measured the retracement made by W2, we must evaluate the previous wave (or wave W0). Under this rule, there are four possible conditions.

Condition “a”: occurs when the high of W0 is below the 61.8% level of W1. However, it is necessary to evaluate the retracement experienced by the previous wave to W0 (it is W-1). Depending on its length, W1 could be identified as “:3” or “:5”. It means that W1 could be part of a corrective or impulsive structure. 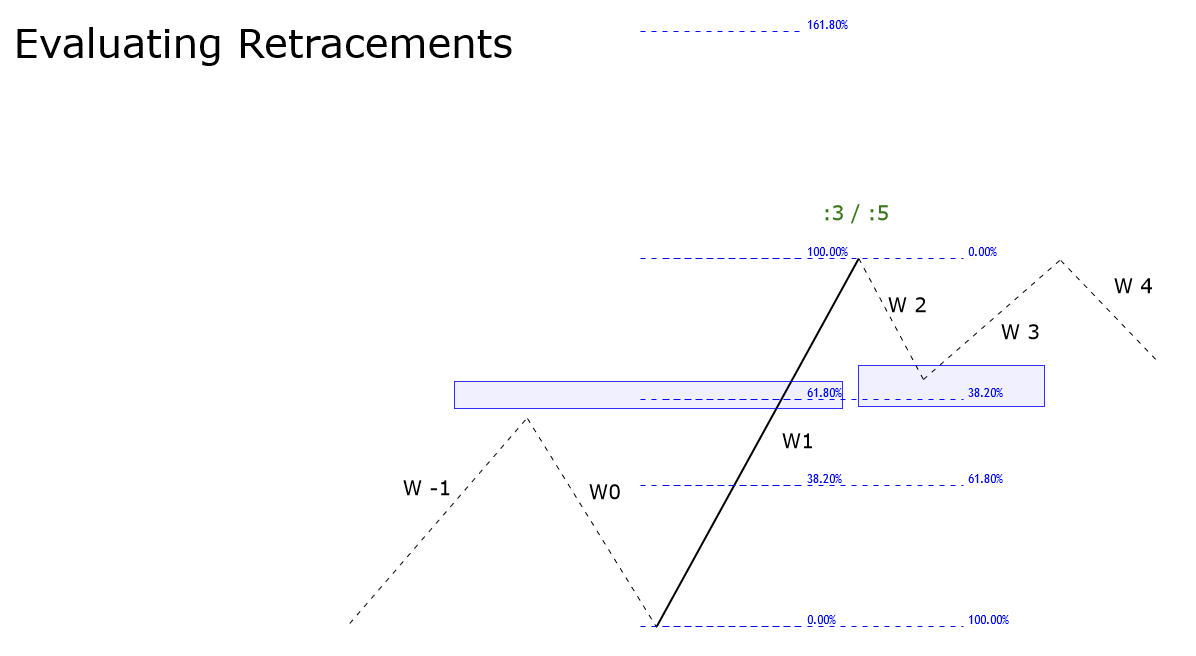 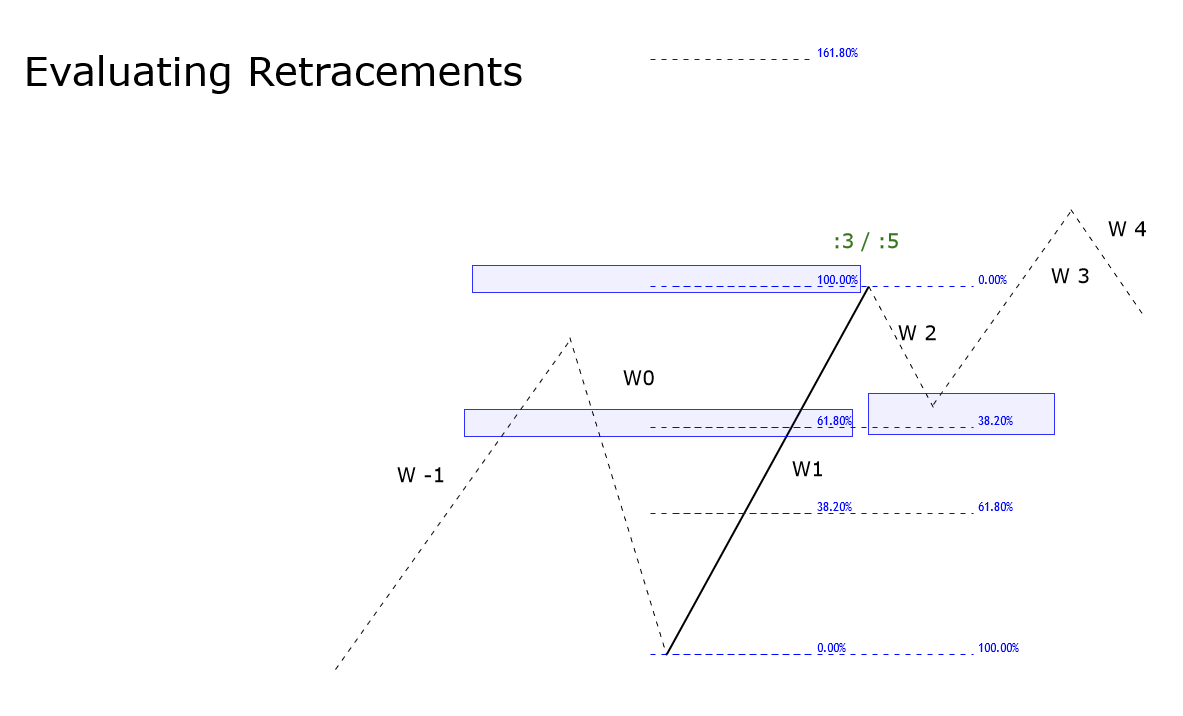 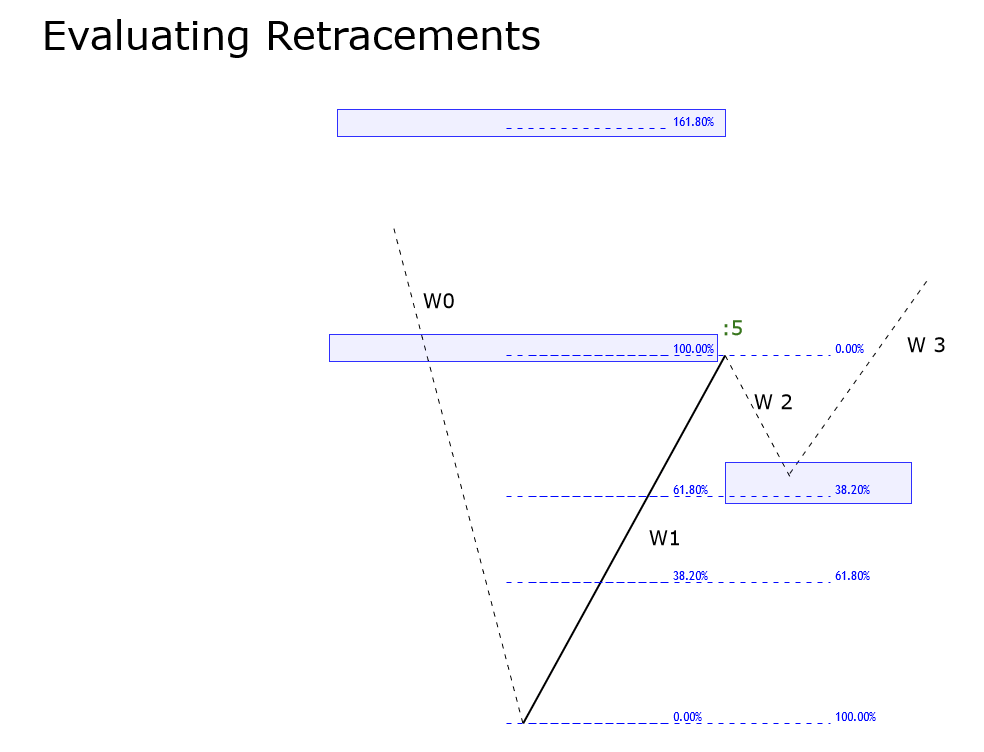 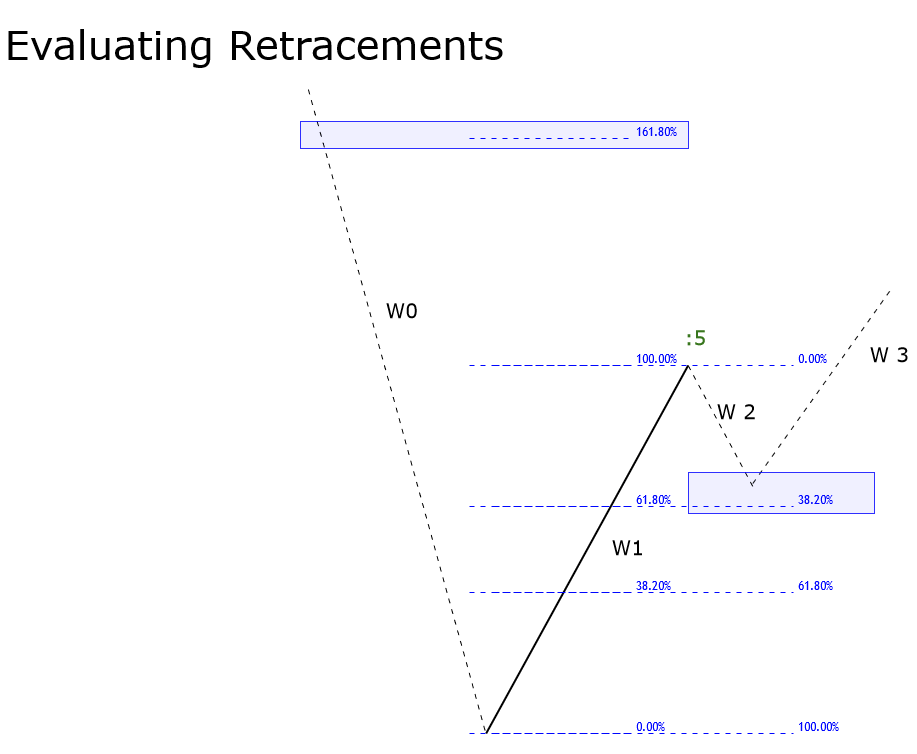 The evaluation of the retracements experienced by W2 and W0 could deliver insights to the wave analyst of what kind of wave is W1. However, in some cases, it is necessary to evaluate the context of more waves. This study would provide the wave analyst an overview of the Elliott wave structure that the market develops. For example, if the structure in progress corresponds to a terminal movement of a corrective sequence or an impulsive wave in development.

In the following article, we will continue discovering the rules described by Gleen Neely for the wave analysis.