How to save a forex trade with no stop loss with the use of hedging!

If you are relatively new to trading, you will no doubt understand what it is like to be in a losing trade, and what it feels like losing money, and seeing your profit and loss fall. It is uncomfortable
Unfortunately, this is all a part of trading. Losing is a part of winning. The most important thing is that you win more money than you lose in order to sustain a profitable account.
One of the biggest areas that new traders fall down is a lack of understanding of leverage and a lack of understanding of money management, and risk management, all subjects for another video.
And the biggest aspect where traders lose money is because of a lack of setting a reasonable stop loss in accordance with their account size, and where quite often new traders will lose all of their money in their accounts on a single trade.
This is purely down to poor risk management and not incorporating a tight enough stop loss. But what if you have been implementing strict money management and tight stops, but simply forgot to put one on a trade which is running against you and where you are starting to worry. What are your options? 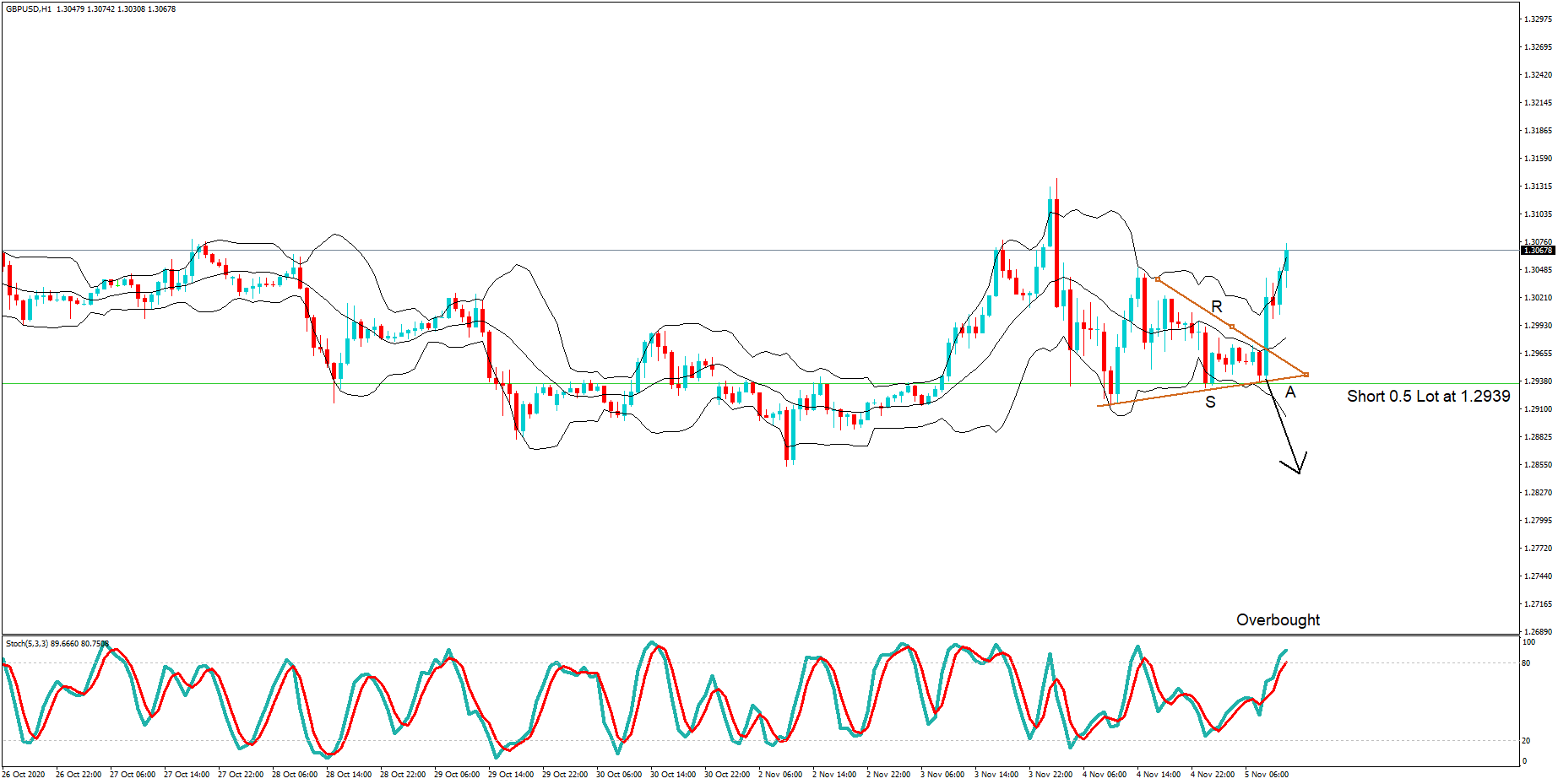 Let’s say that you identified a potential short trade, for example on this one-hour chart of the GBPUSD where you noted areas of support and resistance in a wedge formation and thought that the price action would punch through at position A, because the pair was also overbought. The technical analysis is not important. 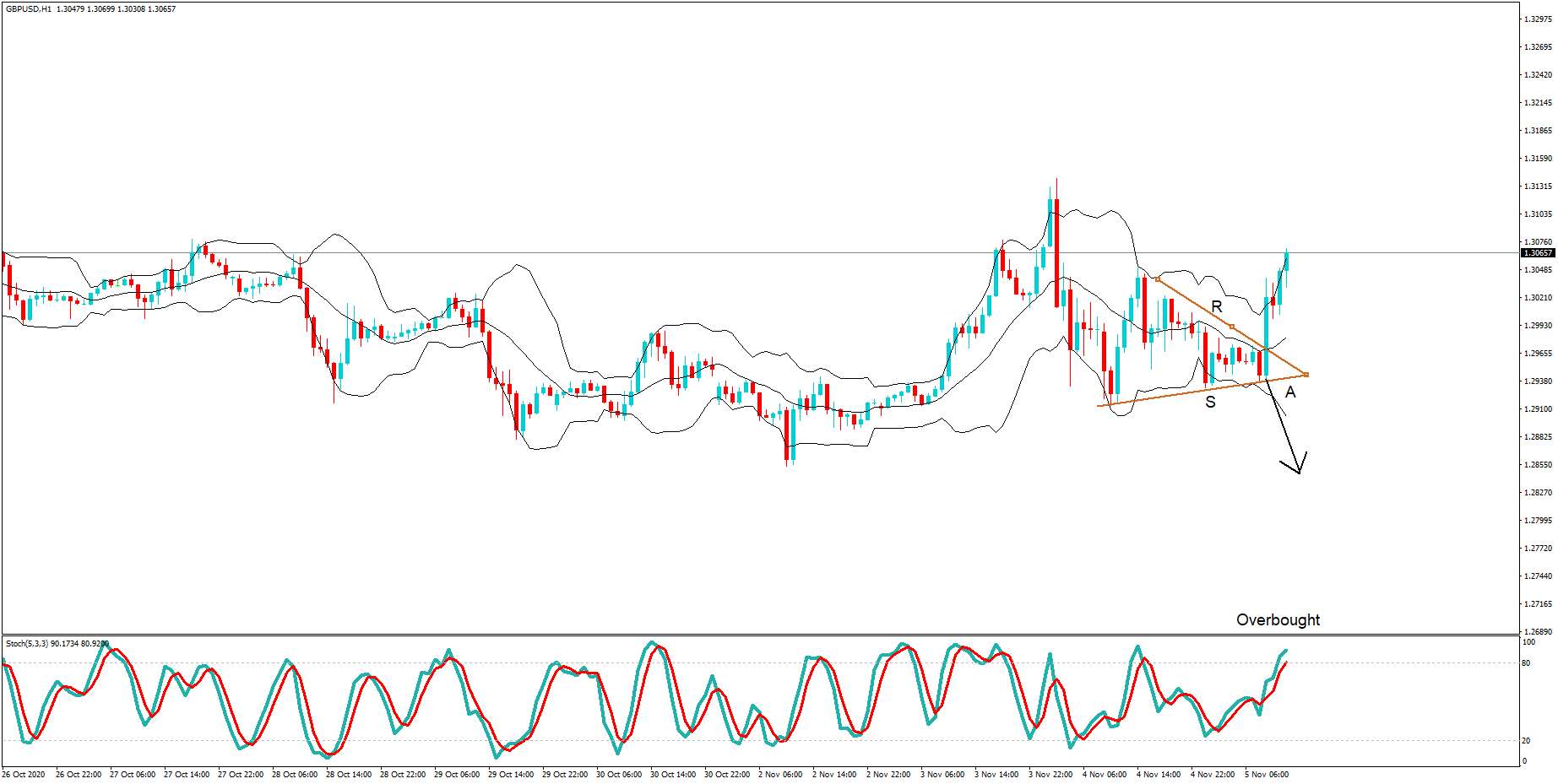 And so let’s imaging that you have gone short in half a lot at 1.2939, and you forgot to put a stop loss for whatever reason, and the pair has shot out of the wedge formation so the upside. What are your options? 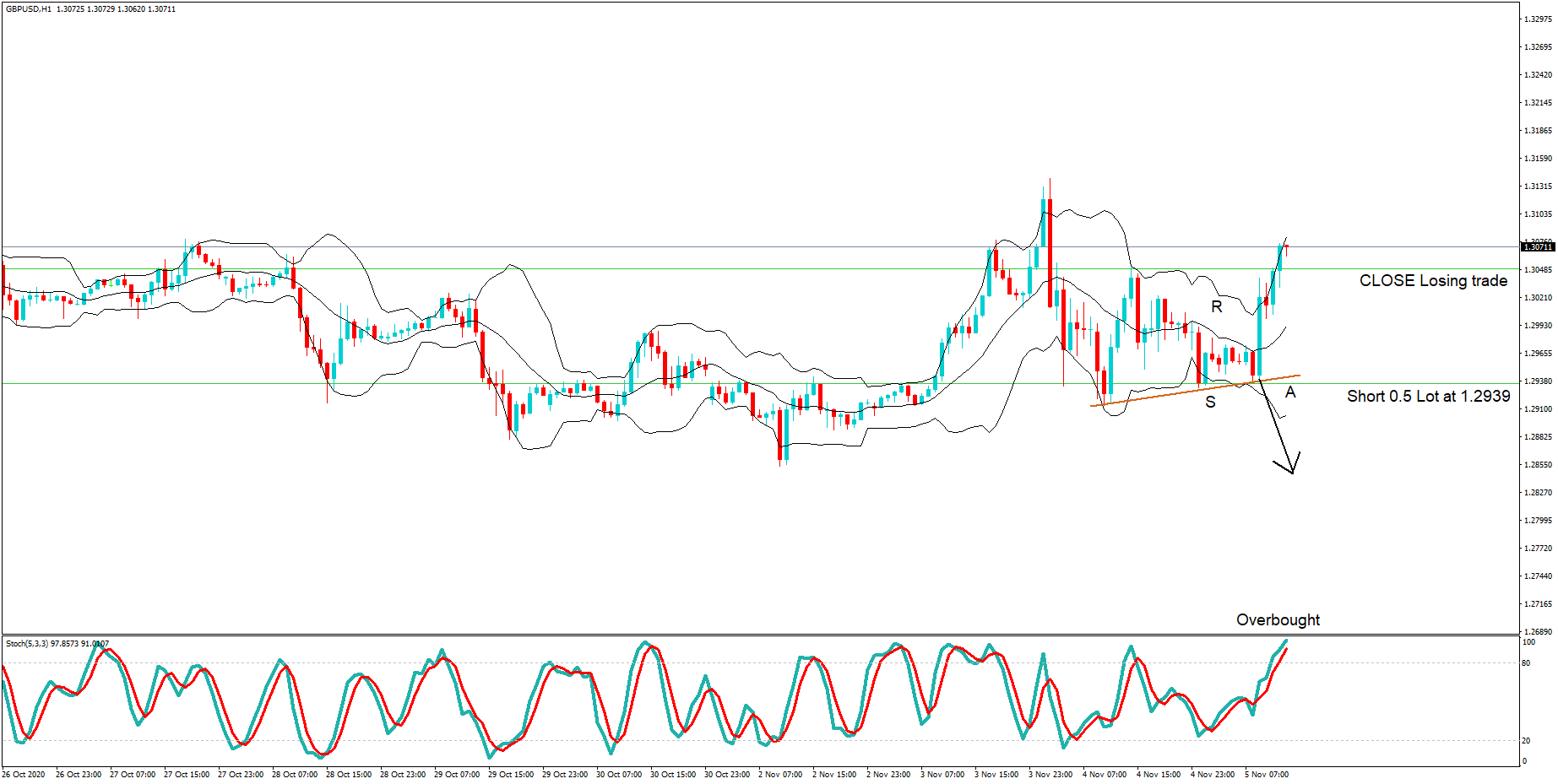 You already know the answer to this option: close the trade, take the loss, learn the lesson, and move on. 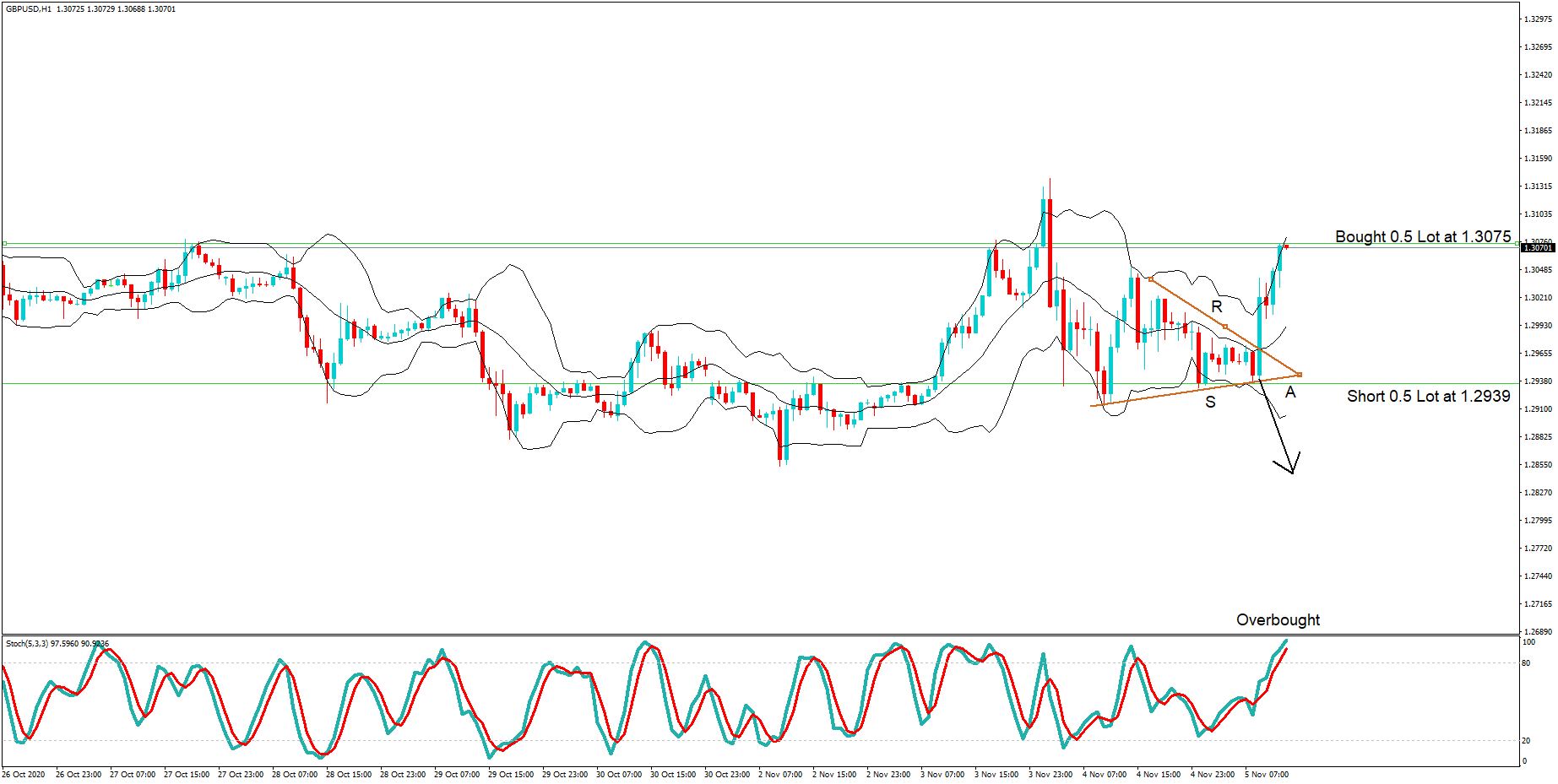 Another option would be to hedge the position, should your account size allow you to do so. This would mean that you simply buy a half a lot – the same size as your short trade, as we have done here at position B, at 1.3075. In which case, you have two open positions in the same lot size, which are effectively maintaining the losing position balance. However, this gives you an opportunity to have think about the trade and consider other options to try and salvage some of your losing funds.
The most important thing for any trader is to protect his or her profits and not how messy it might look with regard to winning and losing trades. 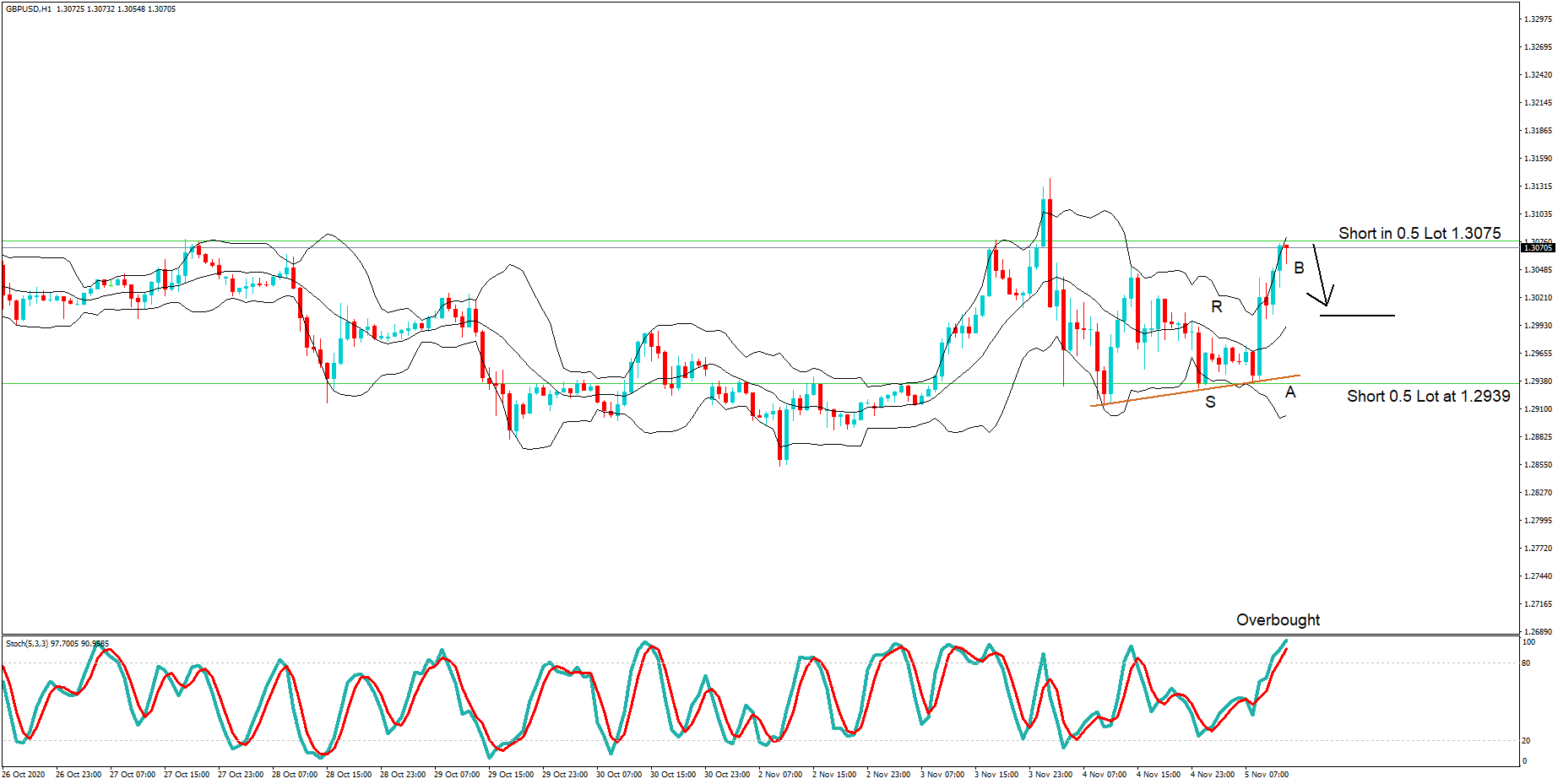 If you feel that the trade is running out of steam to the upside and about to reverse, you have the option of going short again at position B, in this example, in a minimum of a half of a standard lot, and in the event that the trade falls back 50% of the way to your original open position you will have a net position, which you can either close both trades, or let it run back down to the original opening trade at position A, where you will be in profit, and manage that trade should it come lower, which might mean closing trade A out and letting the second B trade run on. 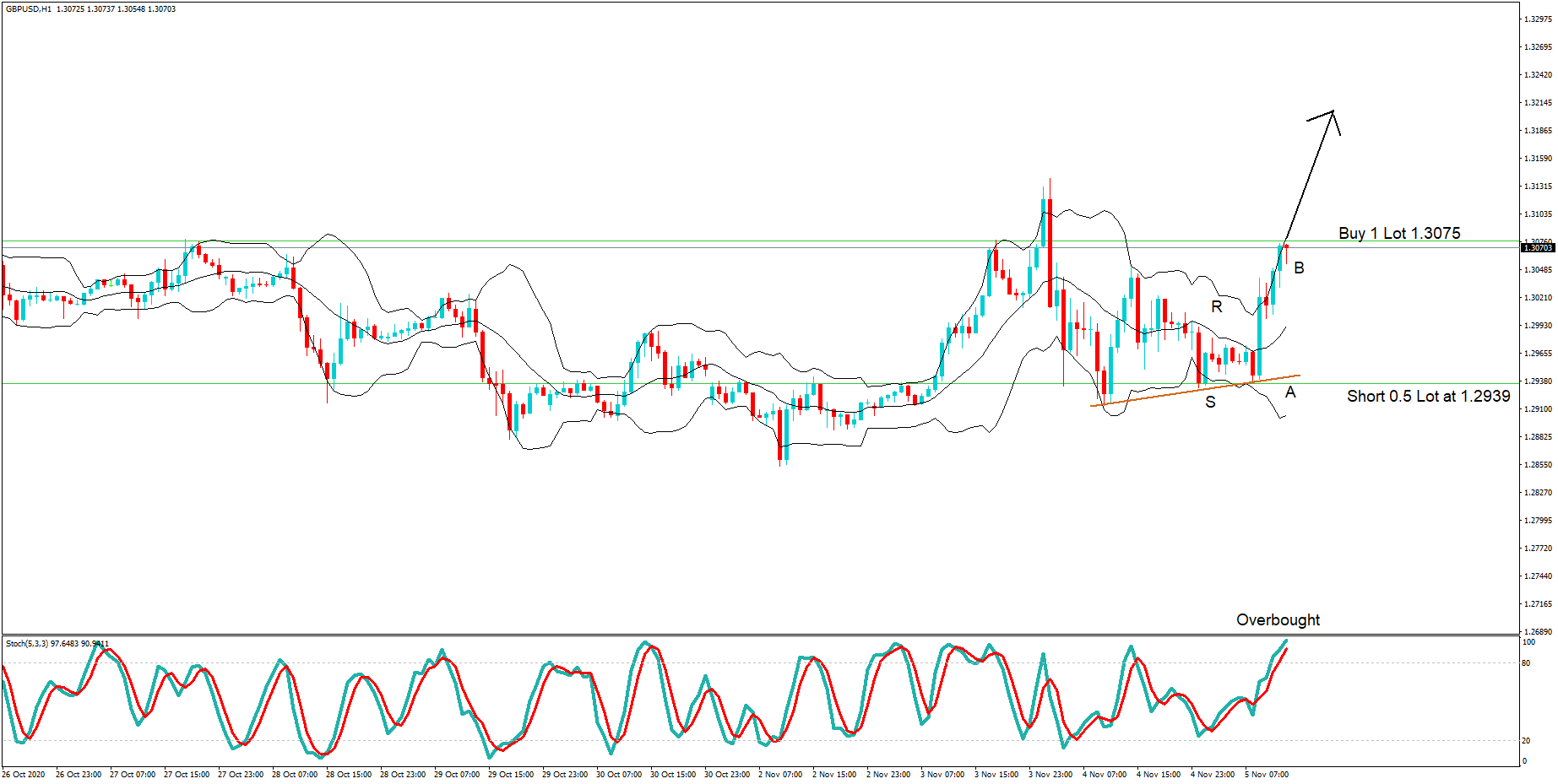 Another option is to buy a standard lot at position B, in this scenario, which is double your original size, and will have the effect of reducing your loss to zero and even turning into a profitable trade should it move higher to a point being approximately 50% higher than total spread of your losing trade, less your original spread and commission.
You then have the option that if and when the trade becomes net, to close out both trades, or just close the losing trade from position A, and let the B trade run on. Use a tight stop loss at the net position to protect your profit.
All of these options are risky and with the exception of the original hedge, require tight stop losses. Again, the most critical factor is the protection of your profits, and quite often these options will help you out of a trading nightmare. Although this scenario was based on an original short trade going wrong, it applies to a long trade and any financial asset.