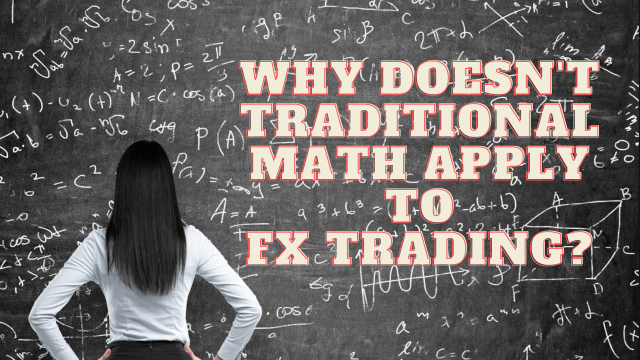 Why is it that empiricism and mathematics work so well to build bridges or put satellites into orbit, but when applied to investing or trading, they often lead to catastrophe? Allow us to explain…

The most common answer to this apparent paradox is that it is a problem of lack of talent. The myth persists that the more complicated an investment model or strategy is, the more «intelligence» has been invested in it, and therefore the more effective it has to be in achieving profitability.

This naïve way of thinking (common among professional politicians and senior managers) is based on the fallacy that if a problem is difficult to solve, it is enough-as if adding salt to a bland dish-to assign more talent and means to solve it. The investment industry idolizes empiricism and mathematics (a neutral tool in itself) into an alibi and excuse to take irresponsible risks (for lack of skin in the game in the industry) with the money of customers.

Unfortunately, the real world doesn’t work that way. There is a type of problem in which the more intelligence and resources are allocated, the better the results (for example in Physics, Engineering, Medicine, and in general in the hard sciences). But there are other types of problems in which, once a certain threshold of complexity and sophistication proper to the environment has been overcome, providing more talent and resources is not accompanied by better results. Unfortunately for our savings, the economy and markets belong to the second type.

“If a trader has an IQ of 150, he can sell 30 points to another. You need to be smart but not a genius: Investing is not a game where the player with an IQ of 160 beats the one with 130. The rationality of what you are doing is essential.” -Warren Buffett.

The problem is therefore much deeper than it appears to the naked eye. This is a fundamental epistemological difference between one type of problem and another. That is, to try to draw where the limits of what we can and cannot know about the medium that interests us are, and to act accordingly.

In the physical world, the empirical-inductive method (and its mathematical articulation) works wonderfully. If the sun rises in the east every day, I can trust (and bet or invest for sure) that it will continue to do so tomorrow too. Or put in physical terms, we rely on 1.- The Hume Induction Principle and 2.- The law of gravity (the mathematical articulation of what we observe) is going to continue to exist as we know it.

The Experiment of Mises

But is it the same with markets? If we detect a persistent property in the markets (a certain distribution of probabilities, correlations, cyclical repetitions, deviations from the random ride as the now so fashionable investment factors, etc.), can we trust that it will continue to repeat itself in the future? To answer this question, the brilliant Ludwig von Mises proposed the following thought experiment. Let’s look at the Mises experiment.

Imagine that some nice and intelligent extraterrestrials (who have never met our planet or its inhabitants) get access to one of the security cameras of the train station in Atocha. They observe a great concentration of people in the mornings and evenings in periods of 5 days, separated by periods of less influx of 2 days. Within a few months, they deduce a persistent pattern: Humans are squeezed there every morning and afternoon on working days. They even make explicit a «Human Law» based on their empirical observation, with their own distribution of probabilities and derived statistical moments. This allows them to produce descriptions as complex and accurate as desired (and thus publish many thoughtful papers to continue getting funding in their universities).

But unexpectedly on any given Thursday, when his law predicted that the Atocha station would fill up again in the morning, it appears practically deserted… The extraterrestrials, in shock, do not understand anything. So well that they thought they had «modeled»! What happened? Turns out that year on Christmas Day… it was Thursday. The aliens didn’t know anything about our implicit intentions, they just watched what we were doing, so they couldn’t know that we were planning on not going to work that day. This is what the Mises experiment is all about.

Faced with the failure of their model, the Taliban of the empirical (there are also fanatics among extraterrestrials) defend that the model failed because they needed a larger statistical sample, or because they had not «recalibrated» the model sufficiently with the most recent data, or because they were not taking into account other measures that had not been made explicit (observable) until today.

But the problem, as Mises pointed out, is much deeper: The confusion of extraterrestrials comes from ignoring that those «particles» apparently so regular during the period of observation are not entities with identical properties (such as electrons in a semiconductor or molecules in a gas), but persons endowed with free will. That although they have the capacity to organize on the basis of very rigid and repetitive patterns, it is always in their potential to change decisions when they consider it.

This is something an electron cannot do. That is why the study of human action in markets and investment can never be equated with a kind of Thermodynamics of gases, as many Keynesian quants and economists (the most) dream even today.

That is, unlike the interpretation that Statistical Physics makes of the Thermodynamics of gases from the aggregate behavior of individual particles with identical properties, increase the number of people in their aggregates (as the Keynesian School of Economics does) does not necessarily imply that it is possible to predict the evolution of such aggregates. Although in certain particular and extreme conditions human aggregates can be modeled from an econophysics perspective in a manner analogous to how a gas or fluid behaves (e.g. panic periods buyer or seller in the markets), the uncertainty of when and for how long the human group will remain under transient homogeneous dynamic returns us to the inevitable practical uncertainty when it comes to investing.

Do you remember what we saw in the Mises experiment? The means and the effort that many managers dedicated to providing value to the client by increasing the complexity of their management are a dead end that, sooner or later, usually ends in some kind of catastrophe -always unforeseen because, in theory, it should not have happened. Of course, they end up paying the same. The investor is attracted by the siren songs of geniuses and impossible products, but ultimately in contradiction to the fundamental nature of financial markets. And that is that in unpredictable environments like markets, in the long run, simplicity wins over complexity.