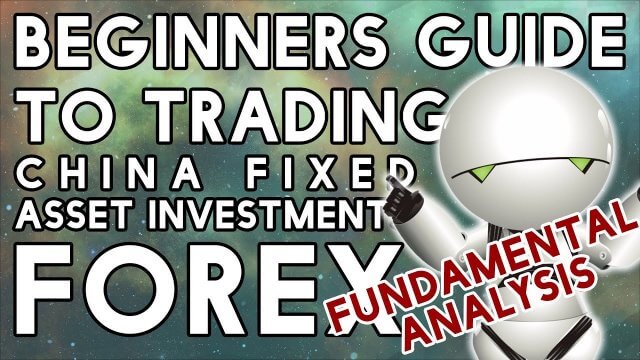 Welcome to the educational video on Fundamental Analysis For Novices. In this session, we will be looking at some Chinese economic data, including Fixed Asset Investment, NBS Press Conference, Industrial Production, and Retail Sales. 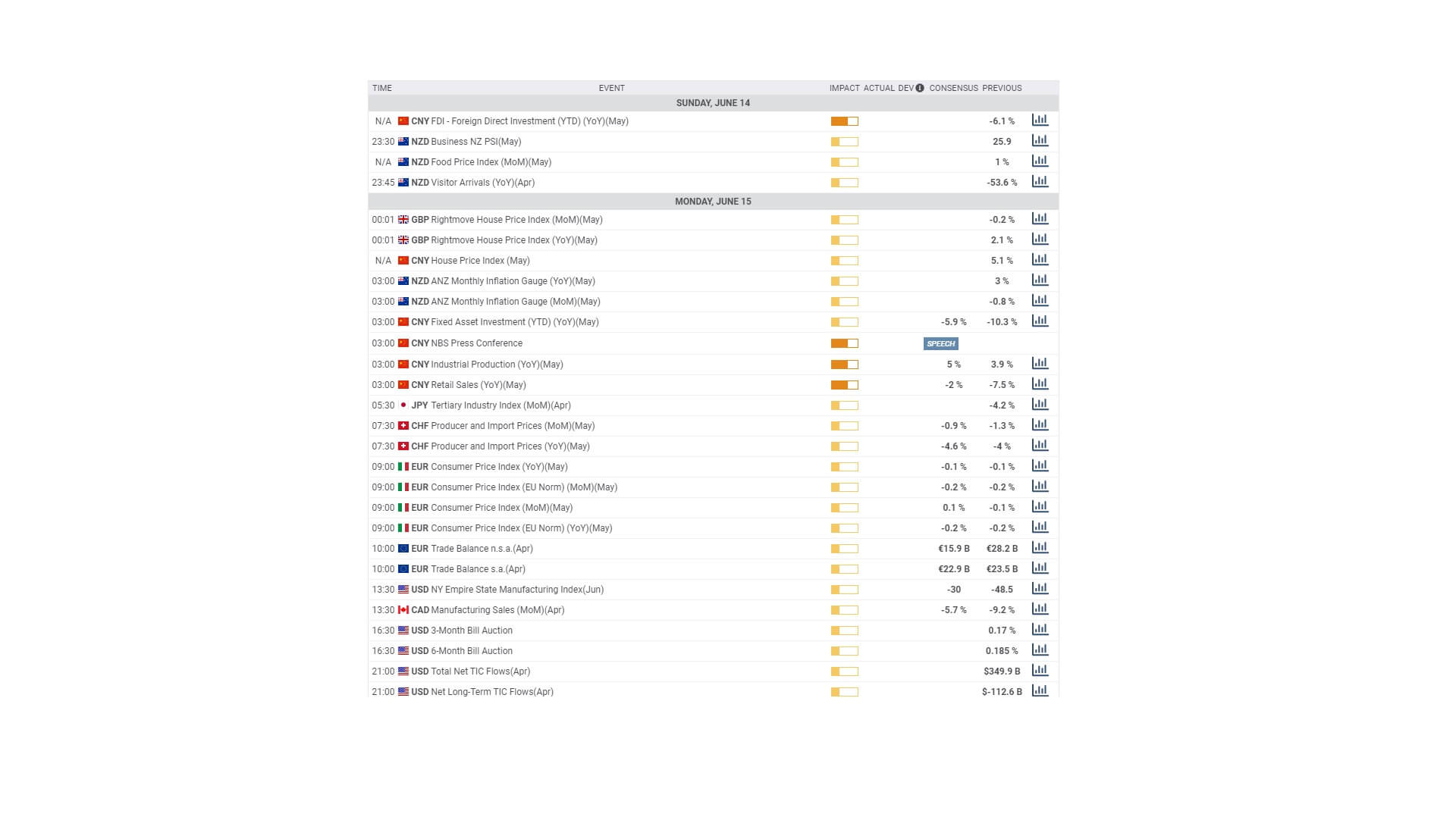 If you are not already doing so, we advise you to check a reliable economic calendar each day to be forewarned about economic data releases from countries that might affect your trades. 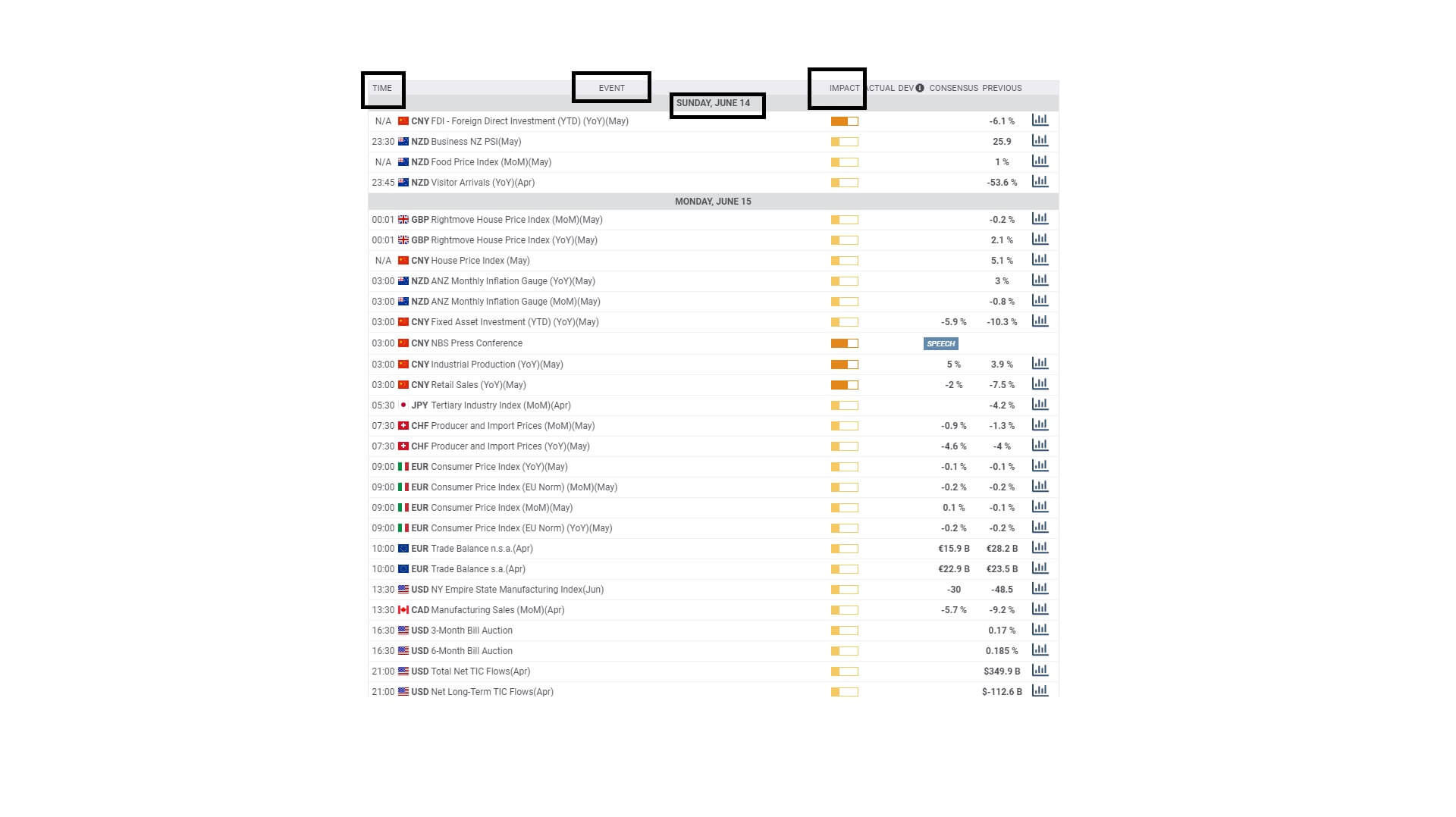 Economic data releases impact the market in various degrees, and you should pay particular attention to the date of the event, the time, and most importantly, the likely impact it will have, which usually is in 3 degrees, low, medium, and high. 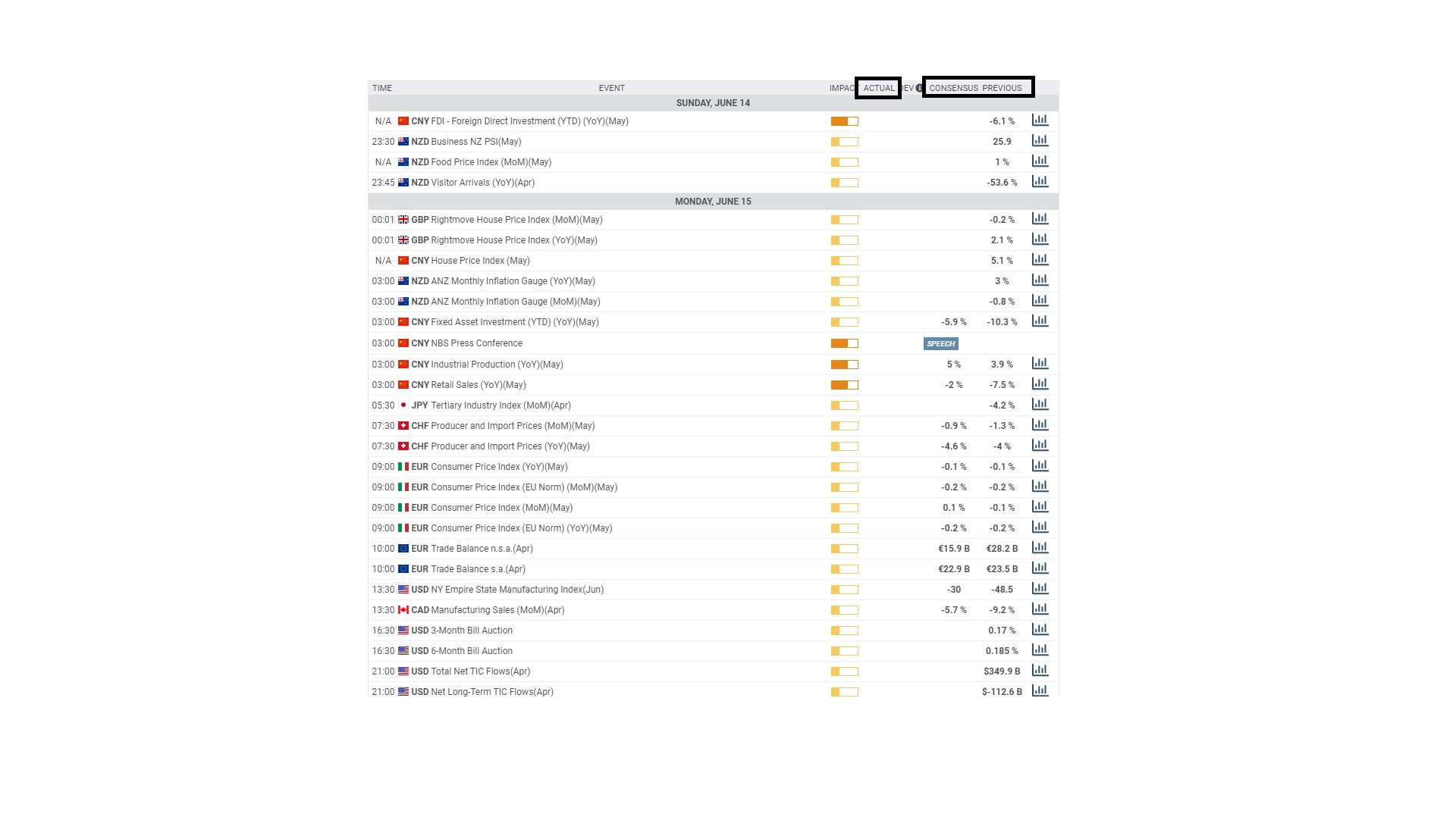 Reliable calendars will provide you with the previous data release in each category, the consensus, or the expected data release. This will have been compiled by analysts and economists who have come to an average consensus value and the actual figure, which is updated with the data upon release.
Each country releases similar titled economic data into the market, mostly on an embargoed basis, in order not to give traders an advantage and to avoid market manipulation. 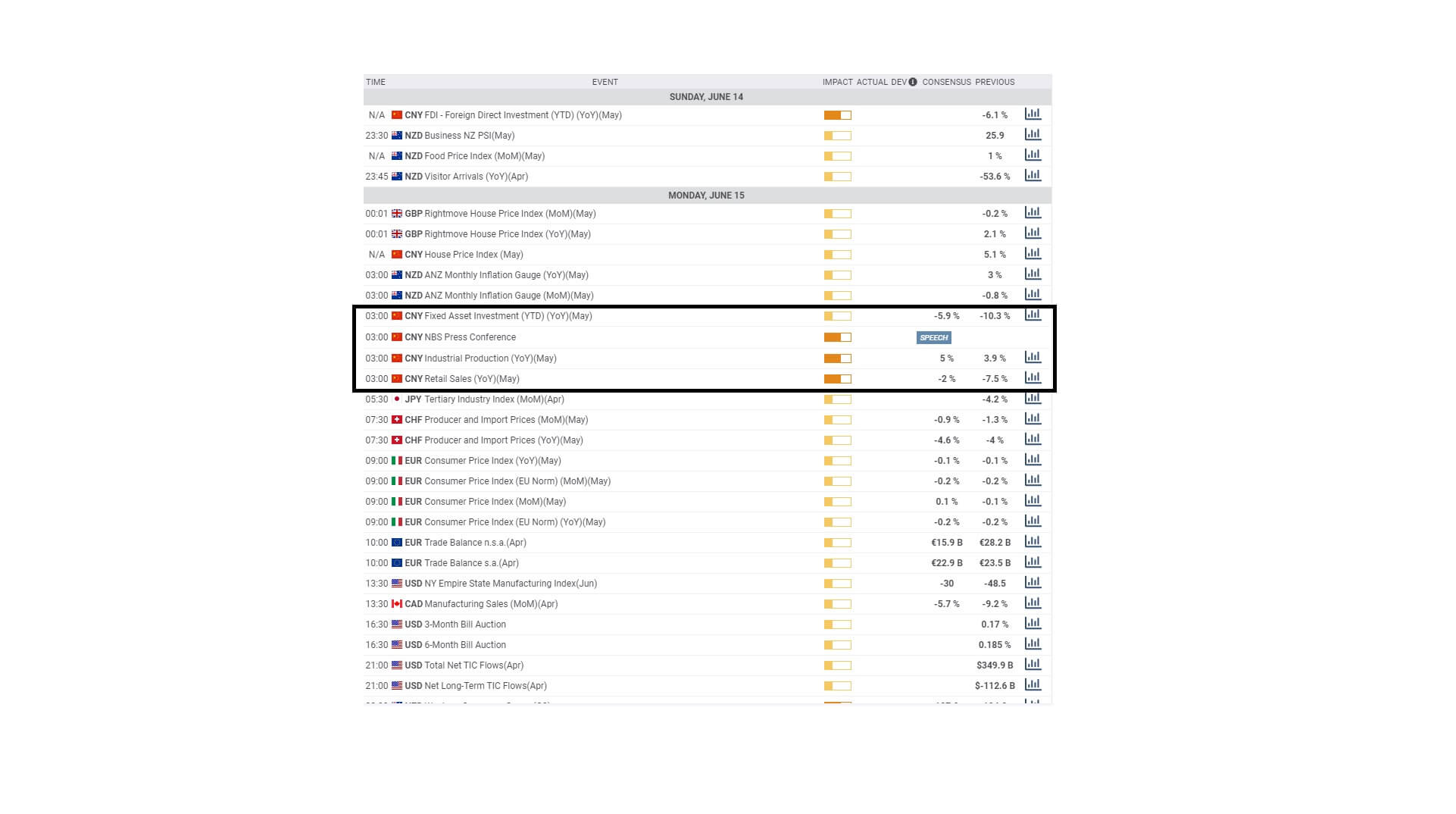 China typically releases economic data releases during the Asian session. It is released by the National Bureau of Statistics of China. And due to the complex nature of the coronavirus pandemic and due to the fact that China was the first country to be severely affected by the disease and the fact that it is the first country to have significantly recovered from the disease, data coming out of the country is of greater market focus at the current time, than perhaps previously.
It is also important to remind ourselves that there is a brewing amount of this quiet between the United States and China and other countries and China who feel that China should have been more proactive when the disease initially broke out. 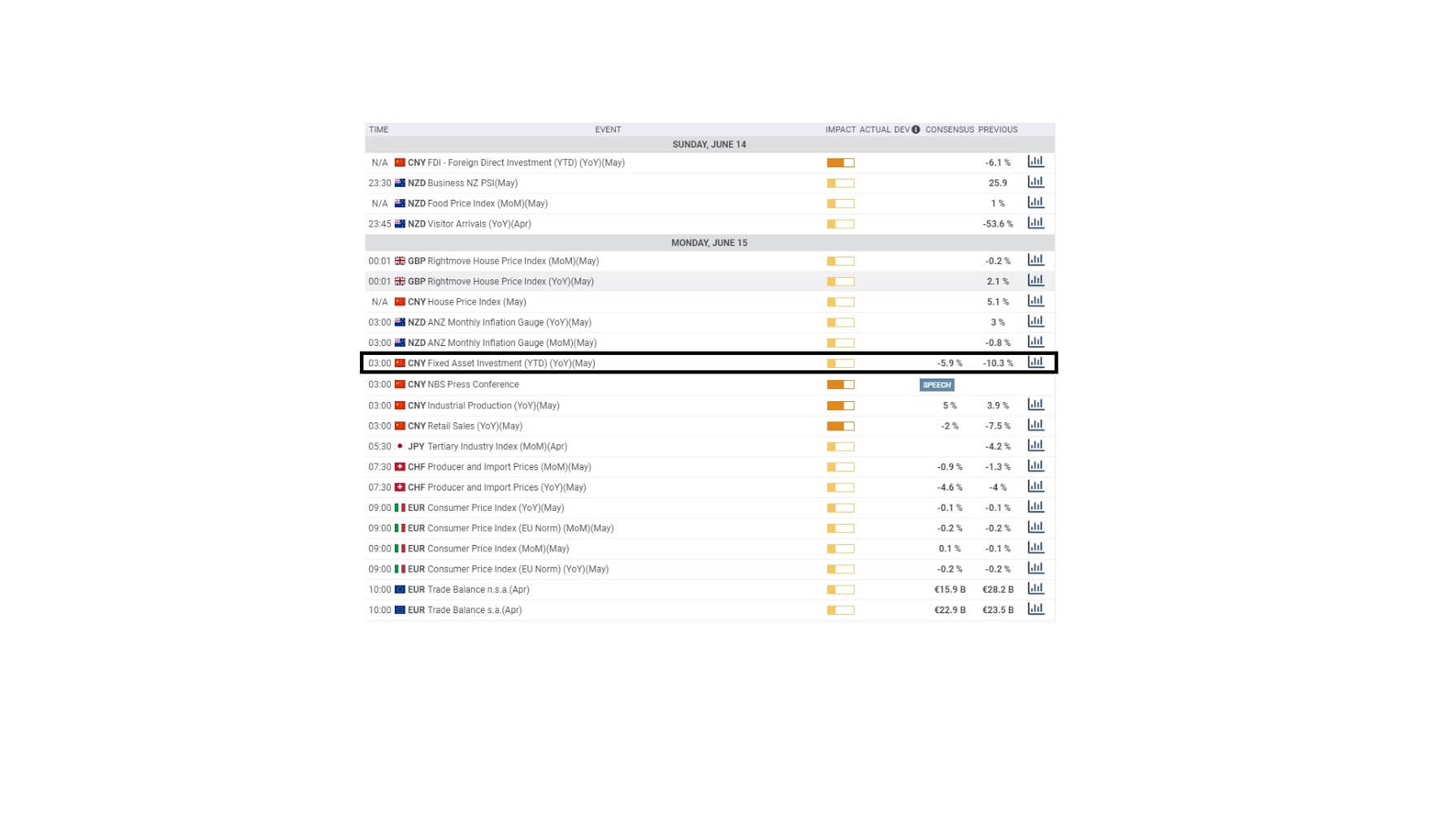 In the first instance, we can see that there is data due for release for fixed asset investments, year-to-date, year on year, and for the month of May, in monetary value.
Fixed asset purchases is a comprehensive index in the area of construction. These are also known as tangible assets, including machinery, land, buildings, installations, vehicles, and technology. The figure itself shows the scale of pace with regard to overall economic growth within urban investments. In general, a higher number he seemed as bullish for China while a lower number is considered negative. As the whole world looks towards China with regard to how it improves its economic position post epidemic, outside countries who trade with China view this as a significant release. 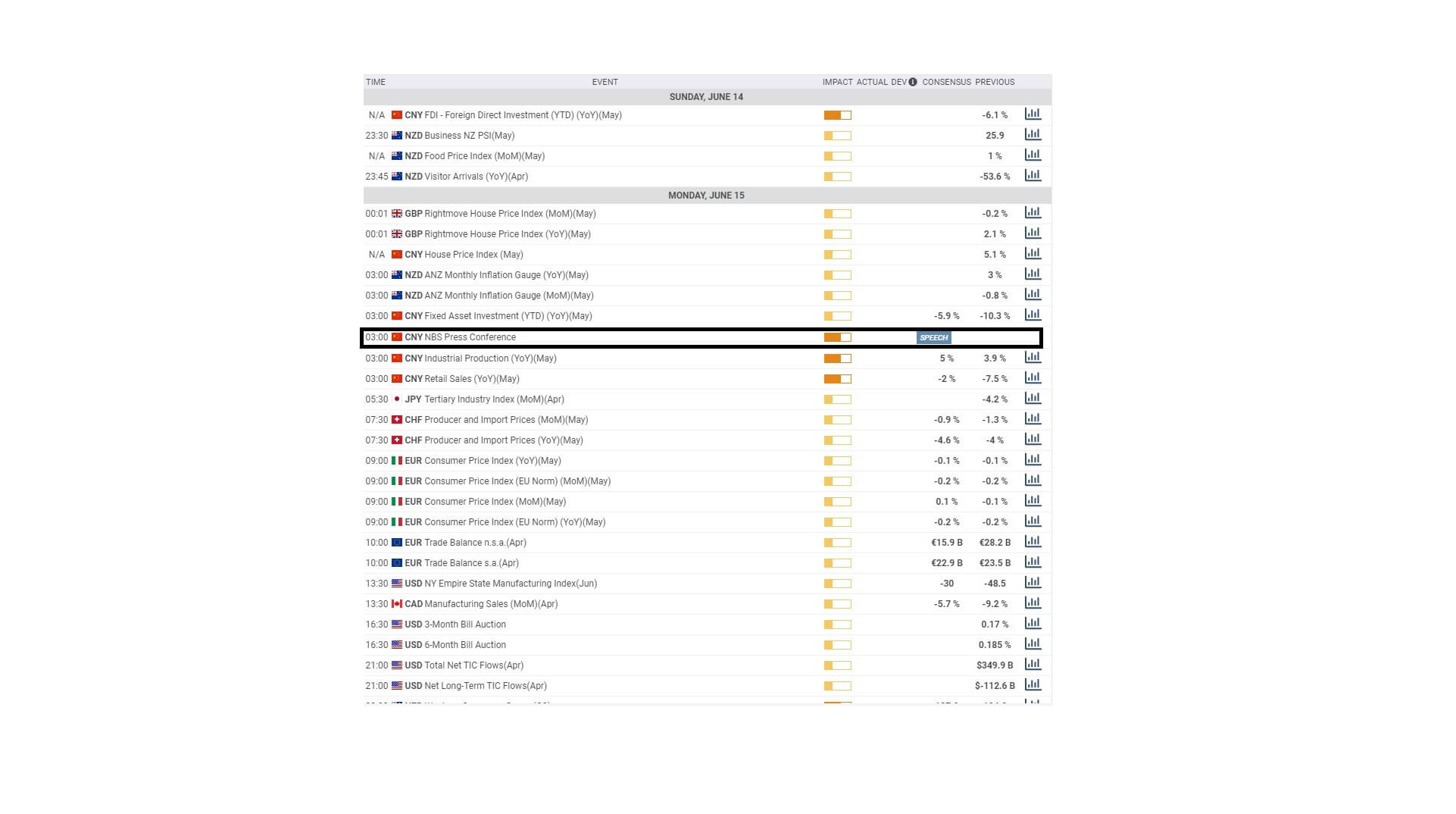 The data release is followed by a National Bureau of Statistics press conference where a prepared text is usually offered to the media and which will also shed light on the economic situation within China. 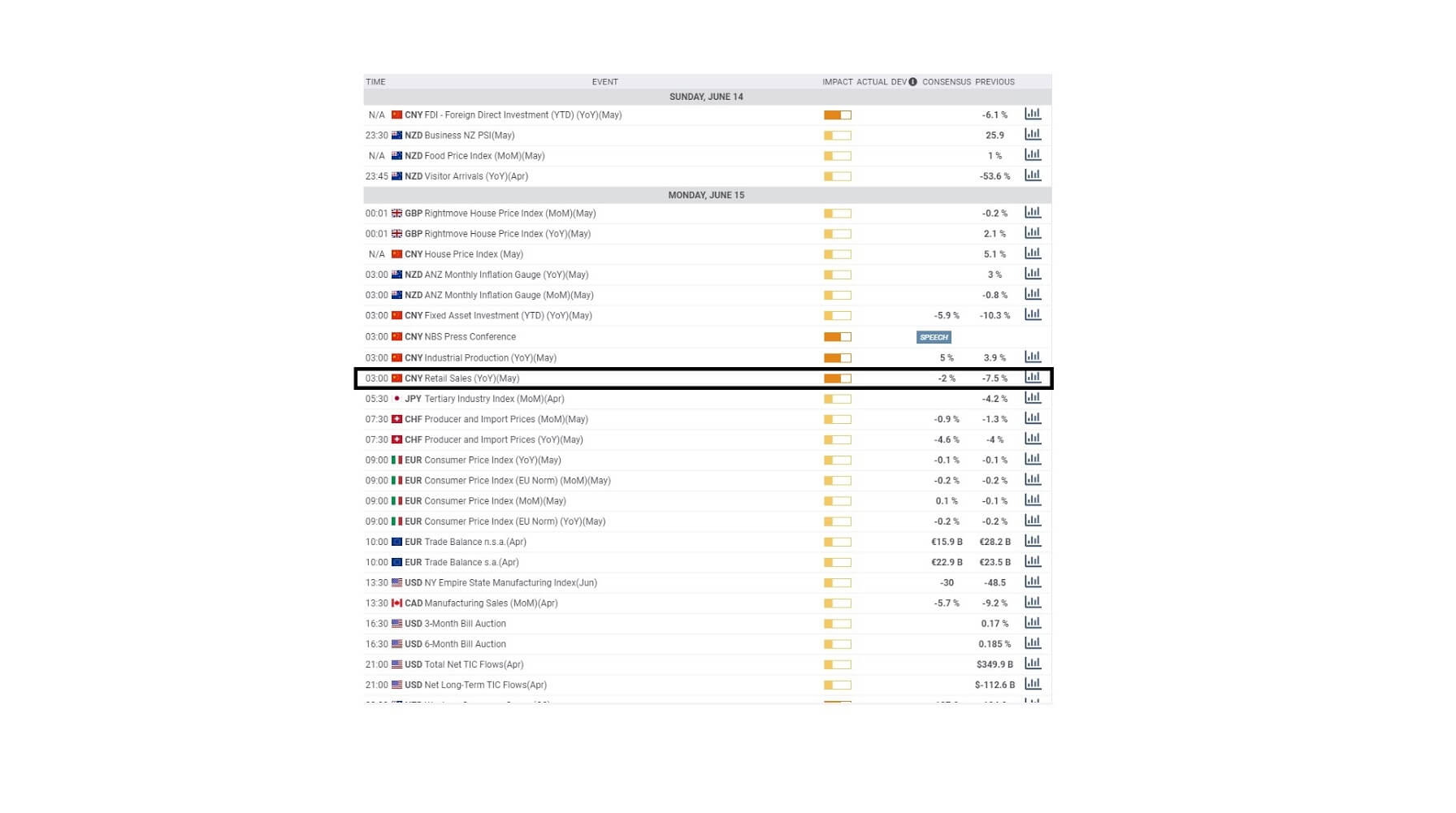 Also simultaneously released into the market is industrial production year on year on year for May. Again this has significant importance because it shows the volume of production within Chinese Industries, including factories and manufacturing. This data can also have an effect on inflation and, in which case it is closely monitored by the People’s Bank of China who will adjust monetary Policy if inflation falls outside of its target range.
Generally, high industrial production growth is positive, both in sentiment terms and economic terms for the country, and is seen as bullish. If the reading is low or negative, it means that China is still struggling to improve its economy post epidemic. 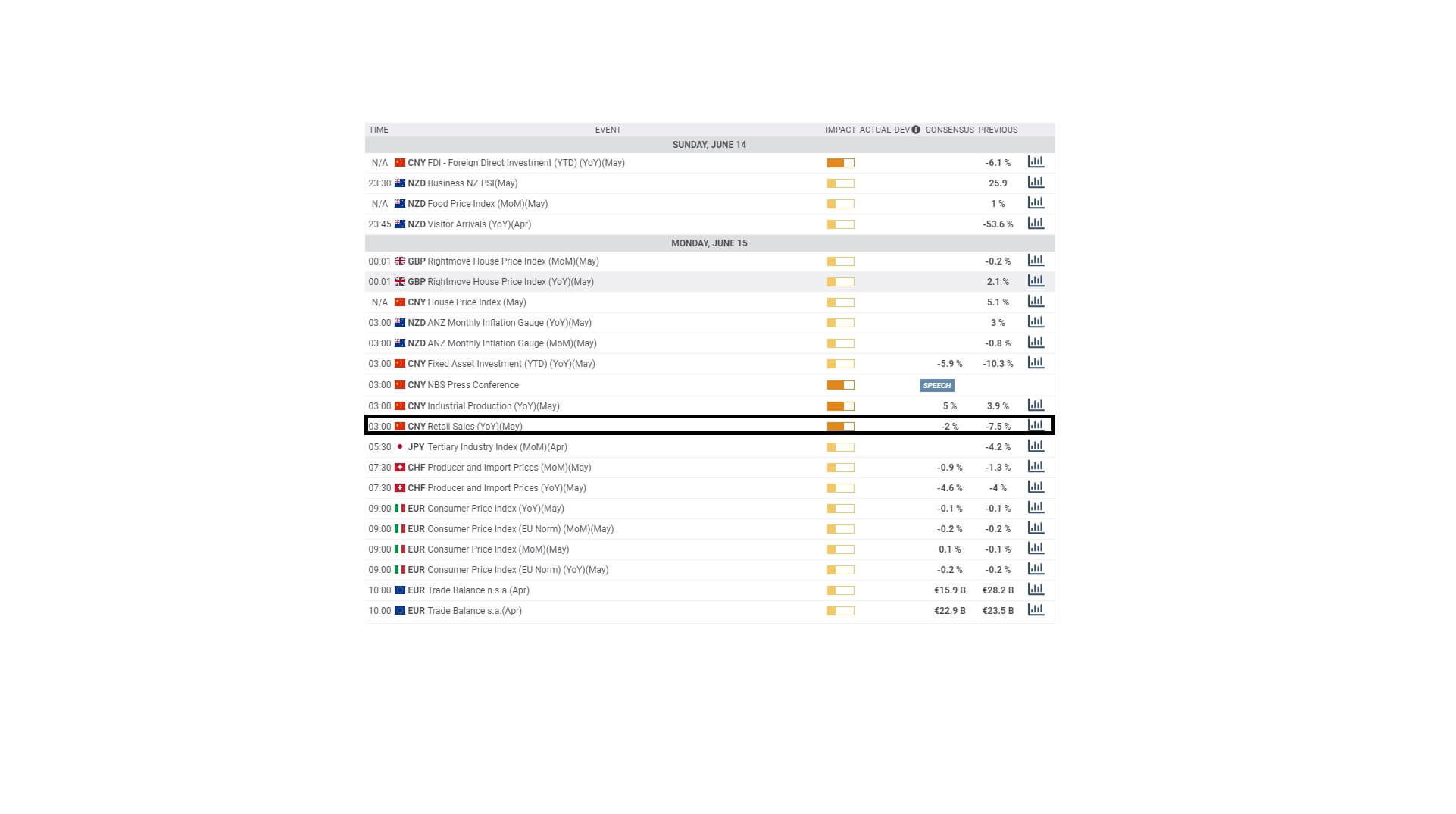 And finally, also simultaneously released into the market is retail sales year on year for May. This will also be viewed by all markets as important because it shows the recovery status for China and whether or not the general public is feeling confident enough to go out and purchase goods where they are available in outlets which have been allowed to reopen or have the confidence to post epidemic.
The figure measures the total receipts for retail consumer goods for household purchases, and in general, a high reading is positive because it shows the economy returning to normal, while a low reading is seen as negative, meaning that the Chinese economy is still struggling.
Therefore during the Asian session, you might expect that stock markets rally if the news is good, and you might find that stock markets fall if the news is bad. Commodity countries such as Australia and New Zealand who export heavily into China, might find that their local currencies improve against the dollar if the numbers are high, is because it means China is improving its economy and likely to be importing goods from these countries. And the opposite applies if the data from China is poor.