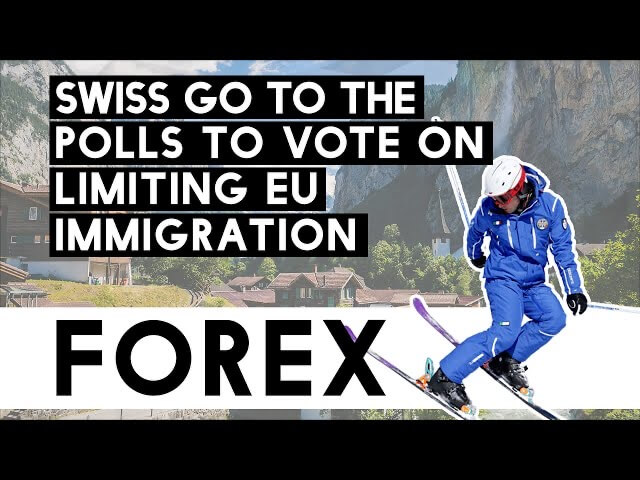 Swiss go to the polls to vote on limiting EU immigration: – where next for the Franc?

Thank you for joining the forex academy educational video. In this session, we will be looking at the Swiss who go to the polls to decide on limiting EU immigration and what this might do for the Swiss Franc.

Switzerland is a beautiful country with magnificent scenery and a high standard of living. It has become extremely attractive for people from the EU to visit via the open borders policy, and subsequently move and set up home in the country.

The Swiss national bank or SNB sets monetary policy within the country of Switzerland. The Swiss Franc, which is commonly referred to as swissie, or CHF, it is the fifth most traded currency in terms of global FX liquidity behind the United States dollar. It is considered to be a major currency. It is considered to be a safe haven currency because of the country’s economic stability, low-interest rates – making it attractive to borrow in, and making the currency attractive as a hedging mechanism. The SNB prefers a weaker currency to make exporting more attractive. 65% of its export market is with the EU. 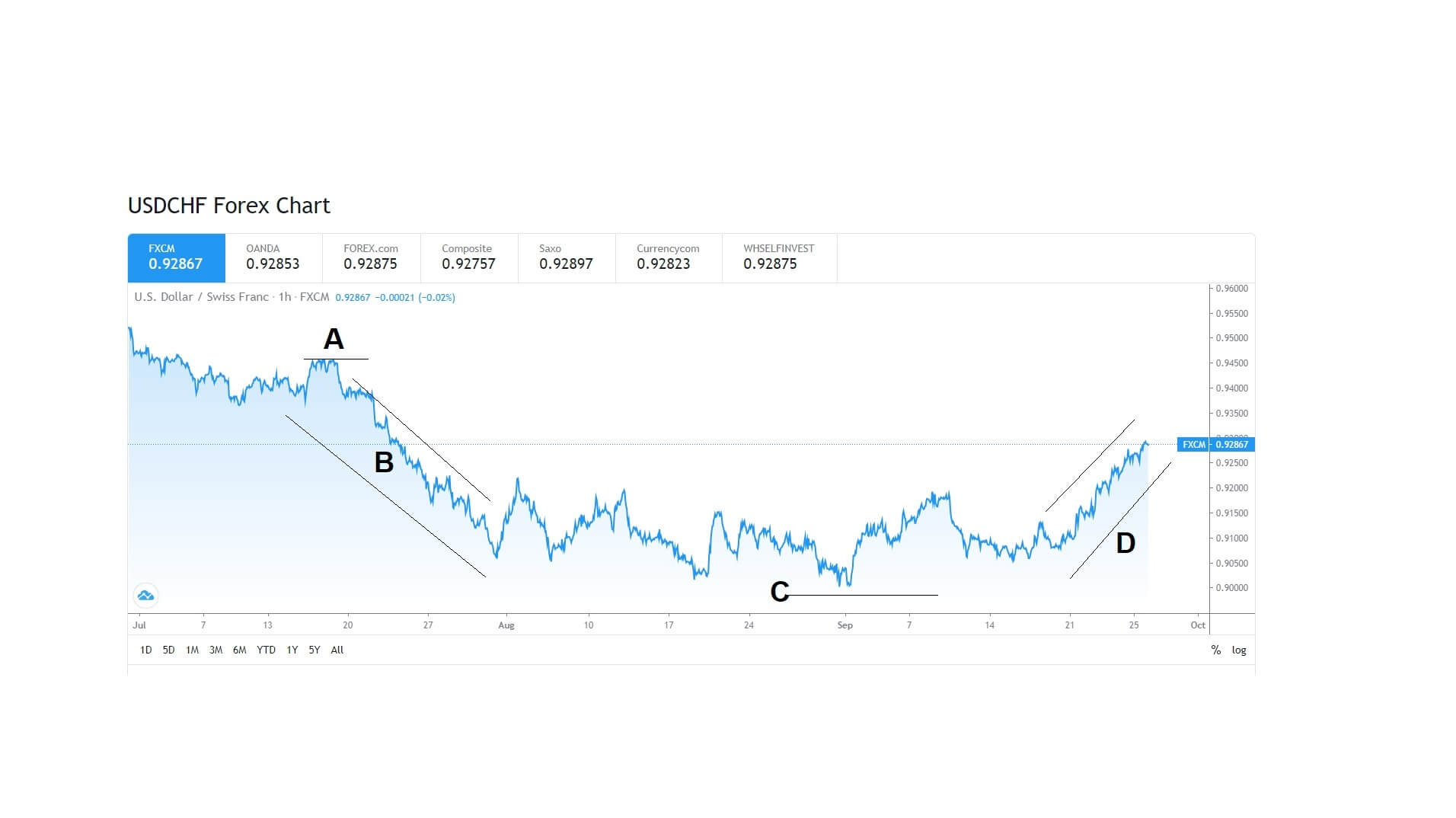 This chart shows the US dollar CHF pair going back to July, the area marked position A shows a high of 0.9465, followed by a bear trend which takes us down to a low of 0.9000, which is a major psychological area of support for the pair, and then a subsequence bull run to its current level of 0.9286.

On Sunday, the 27th of September, Swiss voters go to the polls to vote on limiting immigration from the EU, which has seen a sharp increase in the last ten years of 30%. The vote, known as Ecopop, could see immigration from the EU capped at just 0.2% of the overall population, thus restricting migrants to around 16,000 per year and effectively closing its borders to the EU. It also calls for 10% of its overseas aid to be spent on family planning projects in developing countries.

This is where things get complicated because the Swiss has certain rights and trading privileges, including a free trade deal, and is based on the Swiss open borders’ agreement it signed up to as a part of its preferential trading pact with the EU. 25% of its workforce comes from within the EU. The counter-argument is that if you lose them, you lose the high-quality life that everyone in Switzerland enjoys.
A breach of this mechanism would throw the agreement into the long grass and potentially cause economic uncertainties with the trading partners with which could cause the levies being introduced by the European Union, which in turn would have a negative impact on the Swiss economy. While this may be somewhat negated by a weakening of the Franc, it will likely cause volatility in the markets, especially for the USDCHF and other CHF pairs. More worryingly, it could also cause volatility in the Euro, because this will look similar to the Brexit situation, to a degree, whereby major countries within the block and those exterior trading partners are losing faith in the closely tied and constrictive trading arrangements.