Thank you for joining this Forex academy educational video for novices. In this series, we will be looking at economic data releases by governments around the world, but specifically focusing on Western democracies and whereby this data acts as a barometer of the health of a country’s economy. In this session, we will be looking at mortgage approvals and focusing specifically on the United Kingdom. 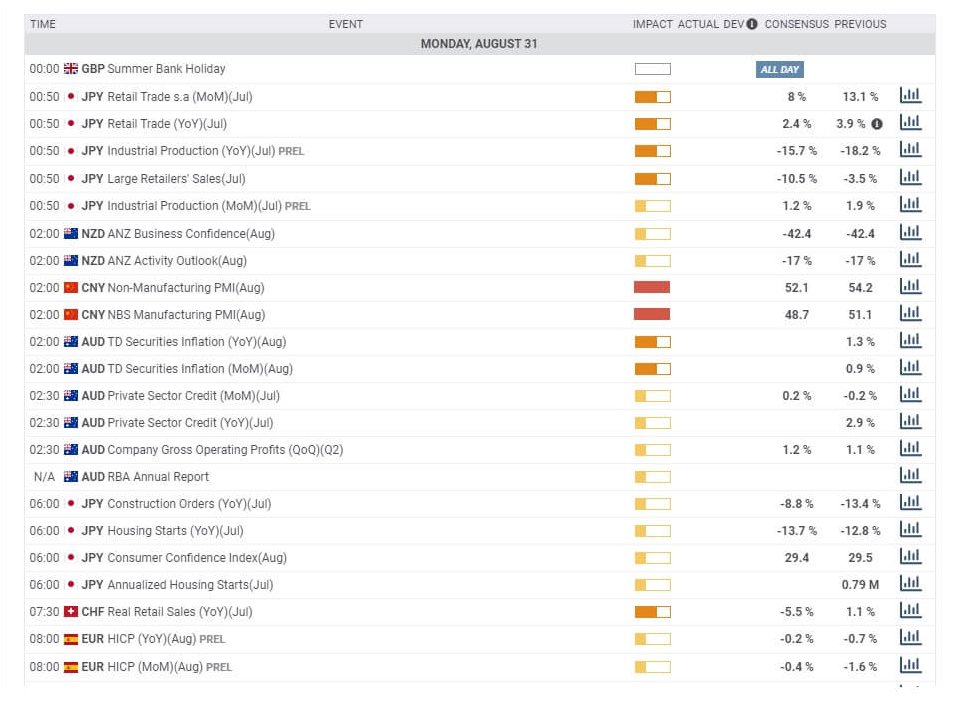 If you are new to trading, one of the main reasons that new traders fail is because they are unaware of economic data releases, where governments release information in the form of statistics, which market analysts and traders use to value the health of a country’s economy. Such data causes various levels of impact on the financial markets, which is typically low, medium, or high, and where high impact data can cause a currency pair’s exchange rate to stop in its tracks and reverse, which is often detrimental to a trend and therefore may cause losses. By using an economic calendar, which is offered by most brokers, you will learn to use the data releases to your advantage and know when to trade and when to avoid the markets, especially at such time as high impact data is being released. 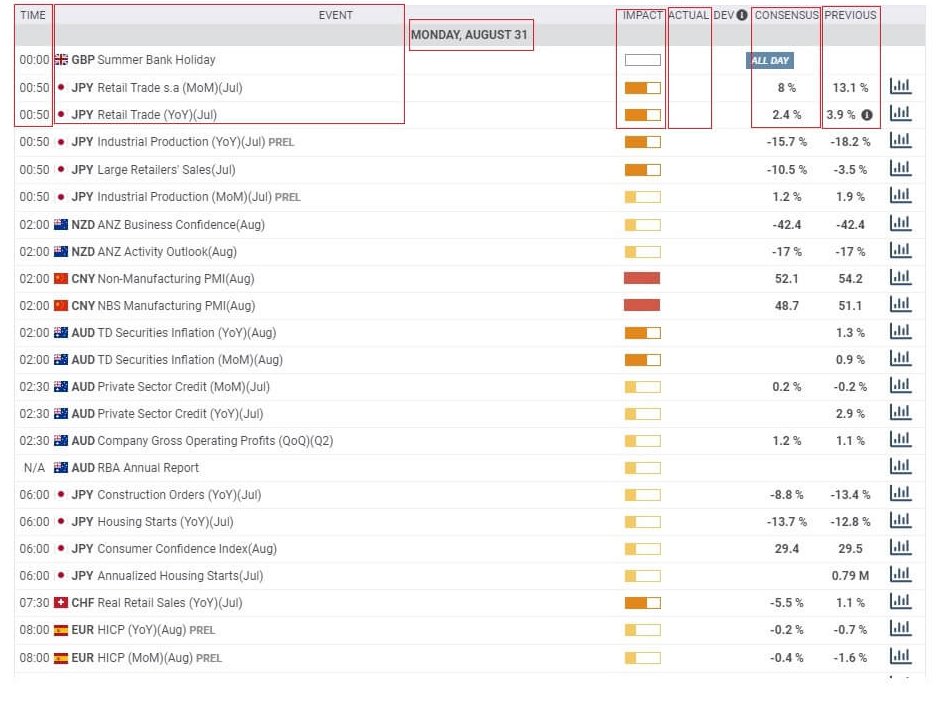 The critical components of an economic calendar are the time of the release, the type of event, the day and date, the likely impact that such data will have on the market, which is measured in 3 values, low medium, and high. The actual data will be populated on to the calendar very shortly after the data release and is typically subject to an embargo. The consensus, which is a value of the expected data release, is usually fairly accurate as put together by economists and analysts. And the previous data release which should also be used in conjunction with the consensus as a gauge. The larger the deviation between the actual release and that of the consensus will likely cause more volatility in the market, depending on the expected impact level. 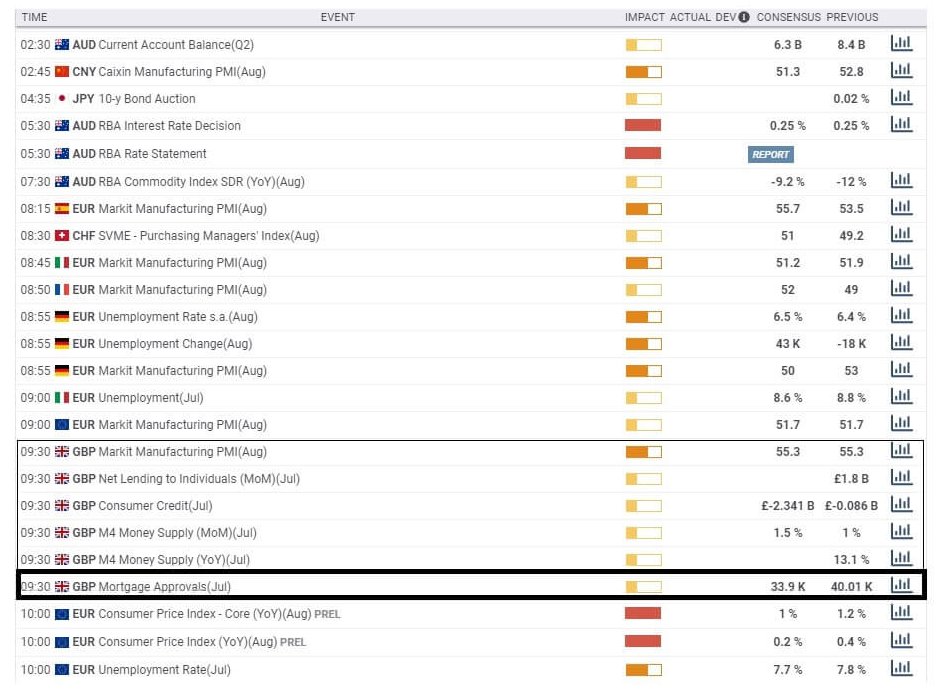 Here we can see that’s on Tuesday the 1st of September 2020 at 9:30 AM BST, Great Britain will release data statistics for mortgage approvals for July, where the impact level is low, and where the consensus is 33.9 k and where the information that was released for June came in at 40.01 k. The data will be simultaneously released with market manufacturing PMI, net lending to individuals and consumer credit, plus M4 money supply.
Therefore, this information will be looked at holistically by traders, and because the manufacturing PMI is a medium impact, potentially there is room for greater volatility than just the information pertaining to mortgage approvals.

Mortgage approval statistics are released by the Bank of England each month and show the number of mortgages approved for July. This acts as a leading indicator for the housing market within the United Kingdom. Higher mortgage approvals mean that the economy is healthier and recovering from the pandemic. The higher the reading, the more positive for the pound, while a low reading is negative and shows that people are not confident with the economy and are therefore not buying homes. As such, this is bad for the pound and could see weakening against other currencies. As mentioned, always look at the whole basket of data releases rather than one single component.