Fed saturates the markets with dollars – what next?

In this session, we will be looking at the extraordinary amounts of US dollars, which have been printed by the federal reserve in America and flooded into the system to try and prop up the US economy during the coronavirus.

Since the pandemic began and started to bite in the United States, it is estimated that over 20% of all circulating US dollar bills were printed during this time.

Although the federal reserve has publicly declared that their monetary policy has not been designed to save Wall Street,….. 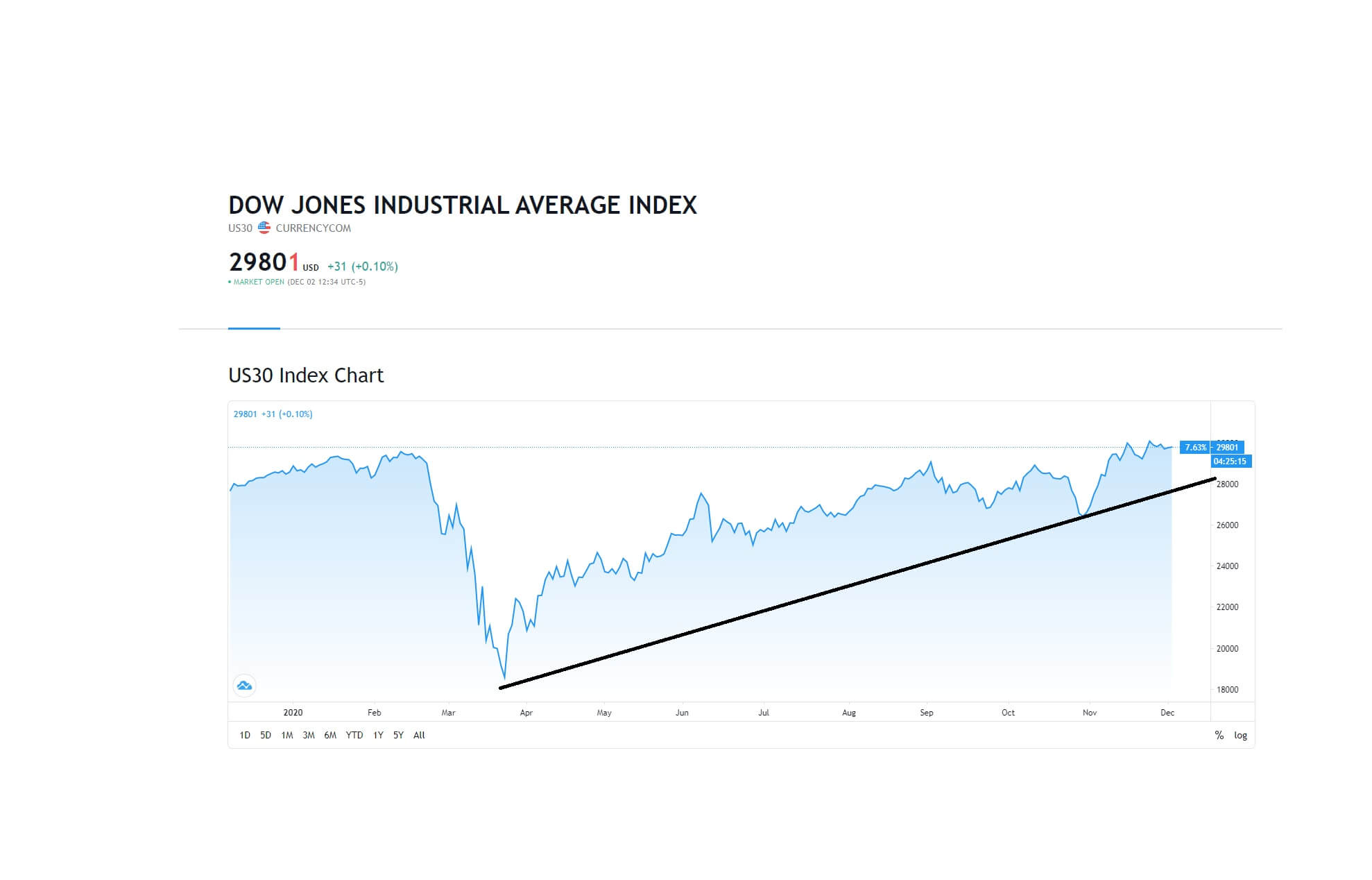 ….there is no denying from this chart that dollars,  which are required to buy United States stocks,  are finding their way into US stocks and indices, such as the Dow Jones Industrial Average Index shown here, which had climbed from the panic sell-off in March 2020 when the pandemic began to take a grip of the United States,  up to record highs of over 30 thousand. 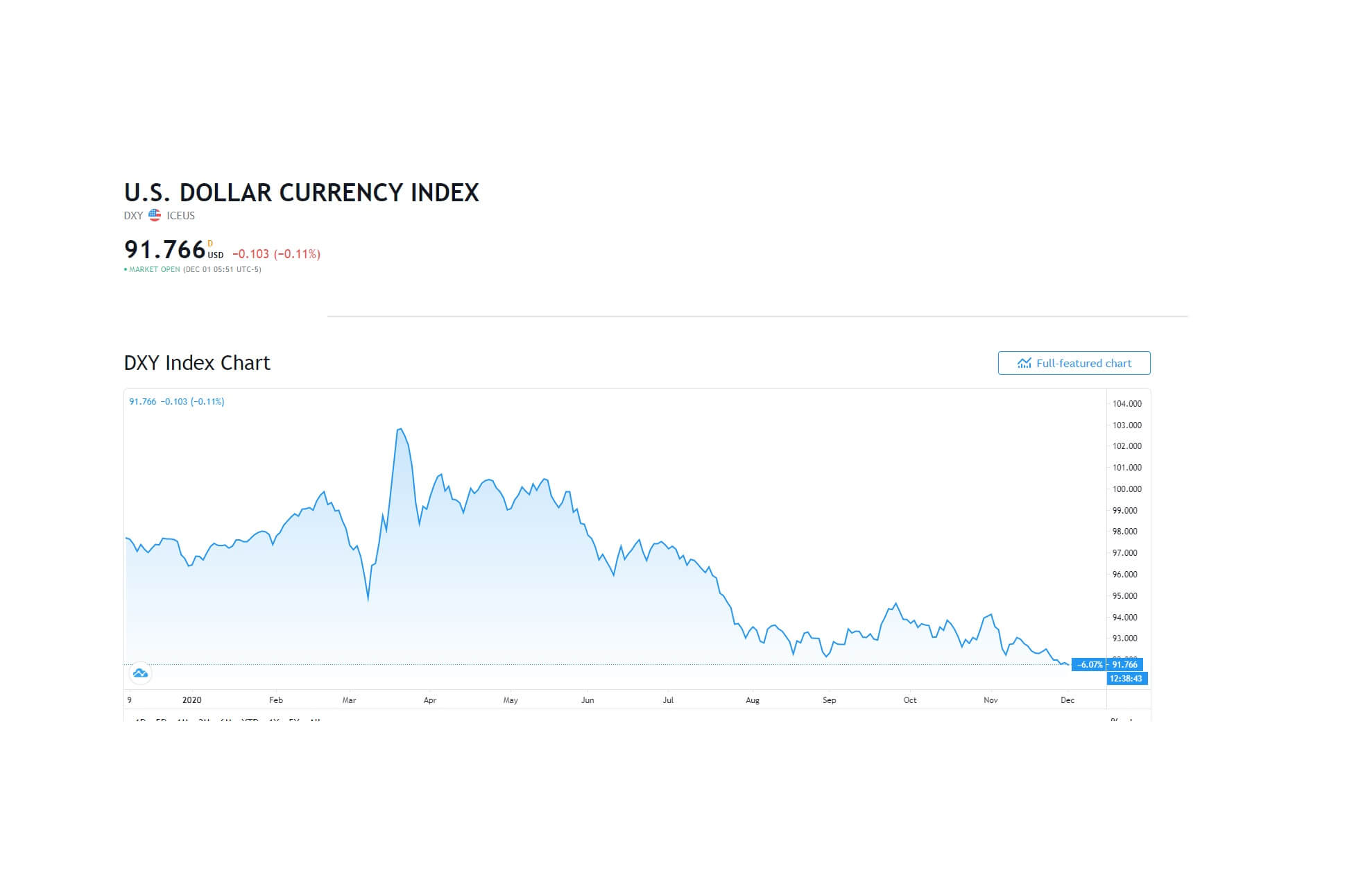 Purely on a supply and demand basis,  the shock and magnitude of the influx into the market of the US dollar has gone a long way to shedding its market value against currencies, including the major currency pairs as shown here on this dollar index where it was at a high of 103.00 in March, and while the fed has been pumping dollars into the system, it has collapsed to 91.70 at the time of writing. 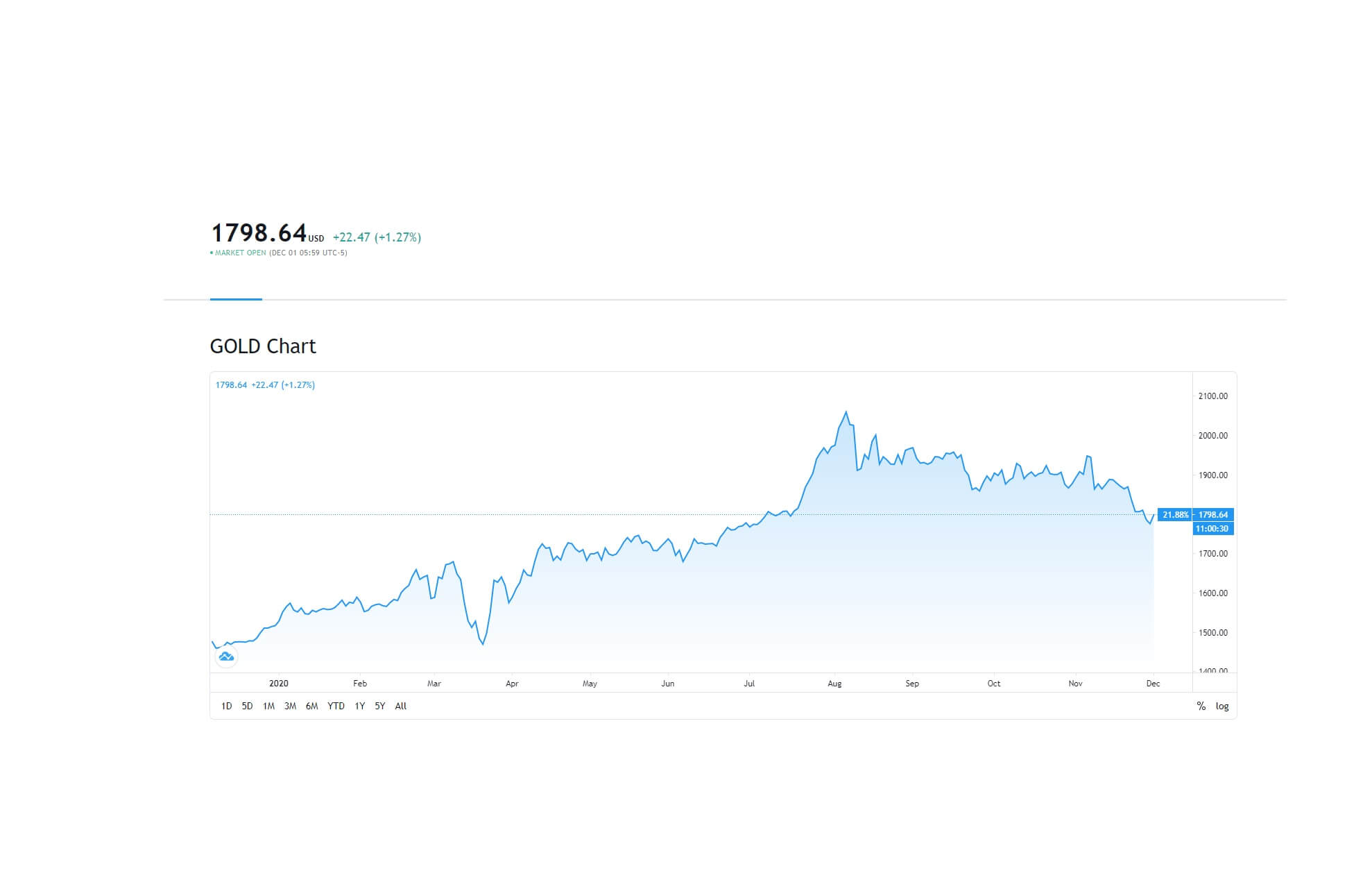 While the safety of gold saw investors take flight here during the latter part of March 2020, causing the precious metal to rise in value in a risk-off event during the early stages of the pandemic in the USA to a peak of over 2000 an ounce, and where traders have pulled back while shifting their focus to the US stock market, in a risk-off phase, and where gold currently sits around 1800 per ounce.

The federal reserve has been getting into the markets indirectly, via the backdoor, by talking to hedge funds, mutual funds, credit facilities, market makers, and commercial paper funding facilities, and instigated a huge emergency repo loan operation with the New York fed, where it is said that over 6 trillion dollars have as entered into circulation through this facility.

The Fed’s pumping of dollars into the market, where its value has crashed in value relatively over the last 100 years, has given fuel for the rise in interest for bitcoins and other cryptocurrencies and as we have seen gold and other precious metals, while investors try to hedge against dollar depreciation and inflation, as the dollar continues to lose value against other assets.

And by the time the new president-elect, Joe Biden, takes office, the two political houses in the USA, currently at loggerheads, will agree more stimulus, in the range of 1 to 2 trillion dollars, and where once this has been agreed, this will only pour more oil on the burning cauldron and the effect will likely be the US dollar’s further decline, with a knock-on effect being volatility in the financial markets, and higher prices for consumers.