Where next for the US Dollar?

Thank you for joining this Forex Academy Educational video

The US dollar is the most widely traded currency on the planet.  In terms of volume, the biggest currencies traded against it are the Euro, Japanese Yen, the British pound, Swiss franc, the Australian and New Zealand dollar, and Canadian dollar. 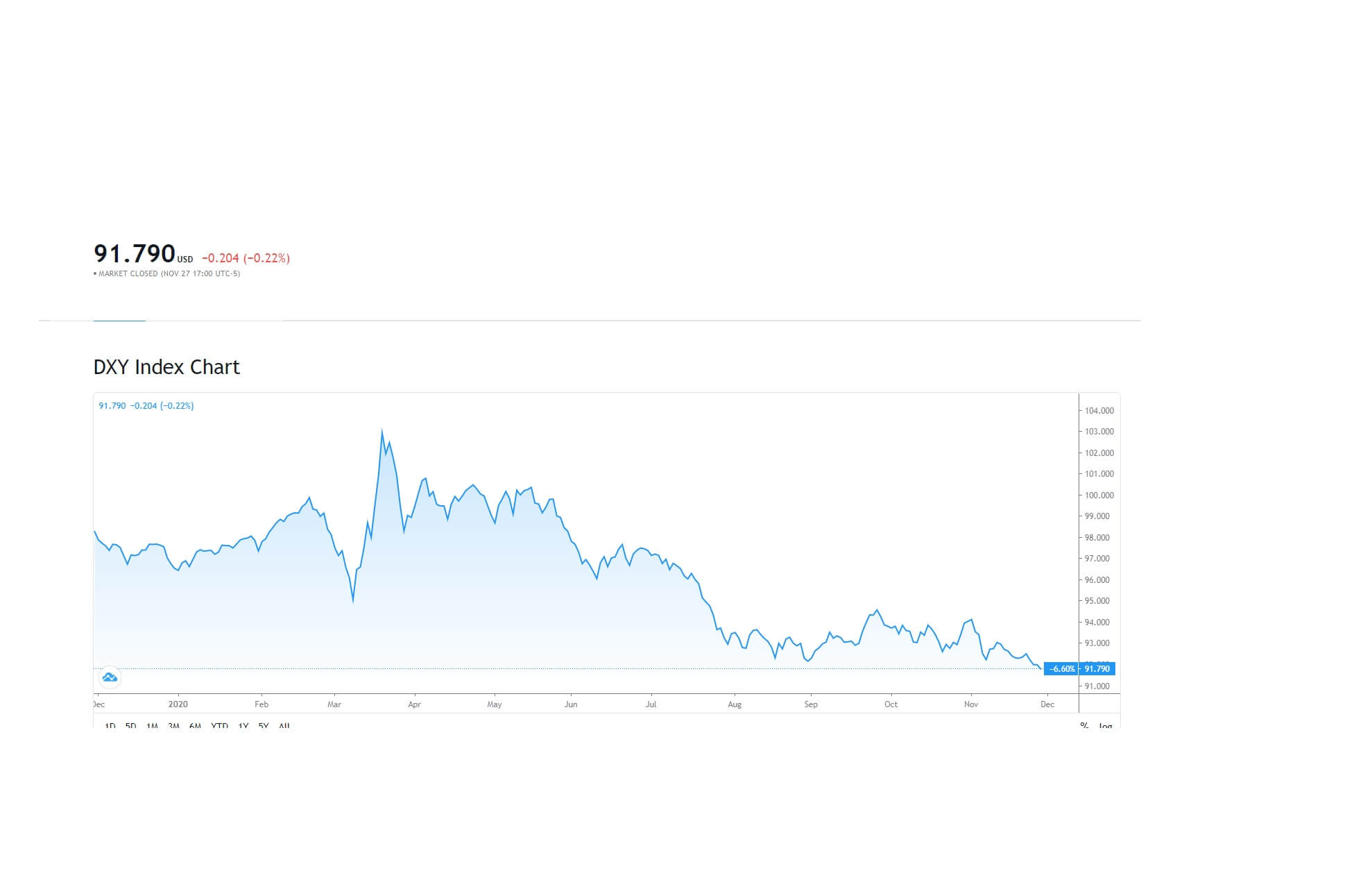 The dollar is measured as a weighted value against these other currencies and is referred to as the dollar index or DXY. Here we can see that at the time of writing, the value is 91.79, a two-year low. 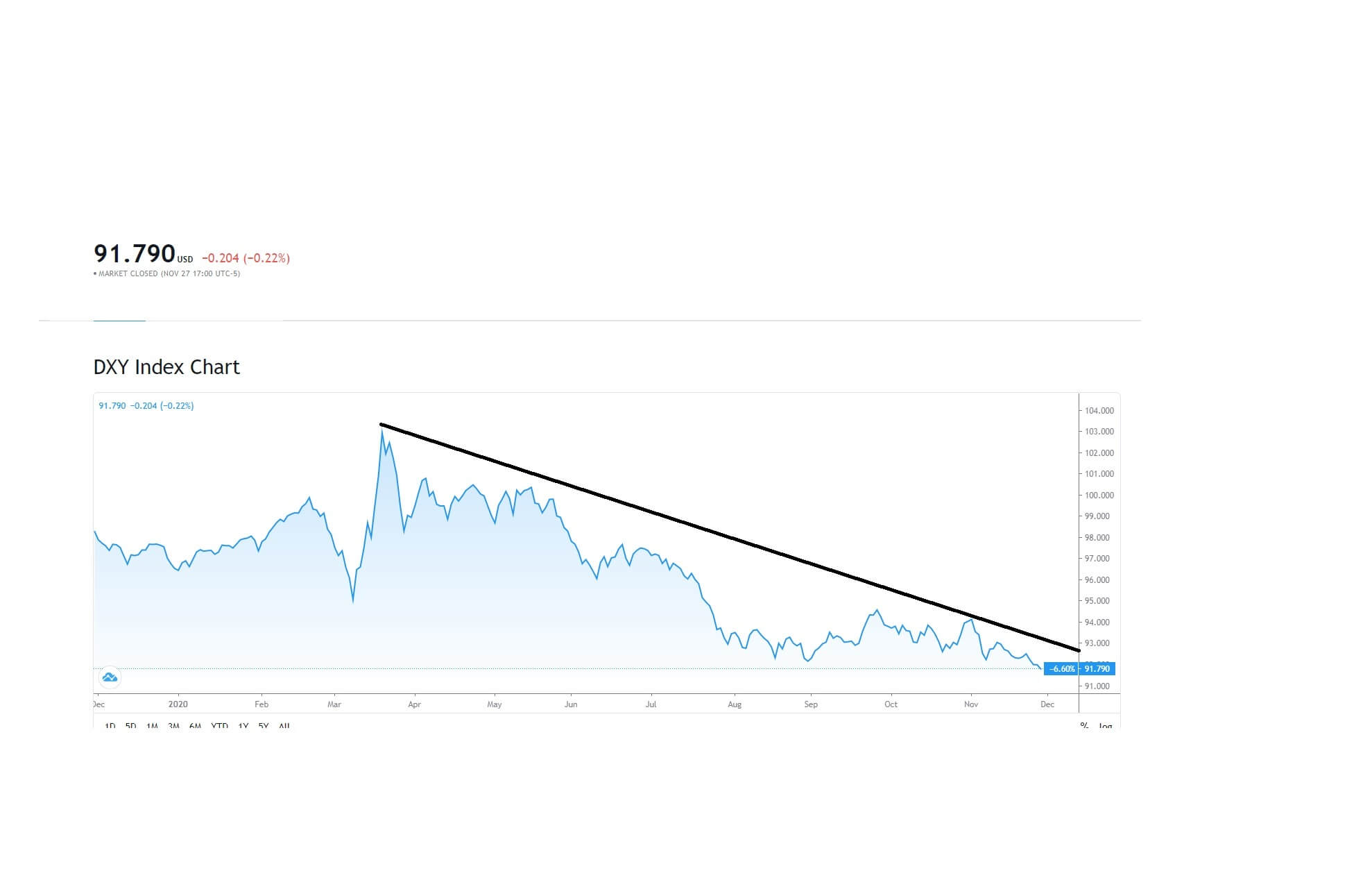 As we can see here, the dollar has been broadly declining against this basket of currencies since March 2020, when the index hit a high of 103.00, just before the pandemic began to take a grip in the United States.  And with the pandemic still gripping the United States, where just last week 1 million new cases were recorded, could the DXY continue its demise, perhaps down to the 2008 crash level of 72.00? Certainly, some analysts are predicting a slide into the high 80.00’s?

With winter knocking on the door in the United States and pressure mounting on hospitals, the nation’s economy, which has been showing signs of a recovery, albeit at the expense of a lockdown, where President Trump favours the economy over individual’s health, and which might prove a sticking point with the second wave resurgence in motion and a new president in the waiting.

And with US stocks at record highs and with the Dow Jones industrial 30 index somewhat inflated around the 30,000 level, could a short sharp reality check be on the way for the American economy, where the unemployment rate has started to rise in recent weeks?

If you believe the answer is yes, then us stocks should fall, and in which case we might see the dollar being bought as a safe-haven currency and possibly a rally to the mid 90.00’s.

Another key factor is a failure to pass the new US stimulus bill, which might cause the federal reserve to become more proactive and take an aggressive stance on quantitative easing, which would be negative for the US dollar.  This is unlikely to happen until the January inauguration of the president-elect Joe Biden.

Another contentious issue which will affect the dollar is the continuation of the Brexit future trade agreement talks with the European Union, which are dragging on but must be concluded shortly if there is to be enough time to implement a new tariff-free trade deal which both parties want, but which seems to be unobtainable because of the lack of agreement on issues such as fisheries and a so-called level playing field, where the EU is concerned that the UK will use its new free trading status to undercut it for trade deals as it goes out to sign up new ones around the world.

And therefore, any dollar related trading should be done with extreme caution as these issues unfold and where recent swings in pairs such as the GBPUSD, sitting at 1.3315 and EURUSD at 1.1965 at the time of writing, could see significant moves in either direction based on the above metrics. Caution is advised.