Brexit done – where now for Cable?

Thank you for joining this forex academy educational video.  in this section, we will be looking at the aftermath of the Brexit future trade deal agreement negotiations, which have finally concluded.  And what this might mean for the GBPUSD pair.

After 4 years of wrangling over a future trading arrangement between the European Union and the United Kingdom, which left EU membership back in June 2016, by way of a national referendum, a free trade deal has been agreed between the UK and EU on Christmas Eve 2020.

The markets will be grateful for a breather in the now finalised divorce, which has finally been settled after years of; will they, or won’t they get a future treading deal completed in time before the UK was forced to end the transition period on wt20 trading regulations, which was seen as potentially very bad for the British economy.  As many had predicted, the negotiations went down to the wire, and an agreement was set in place with hardly any time to spare. 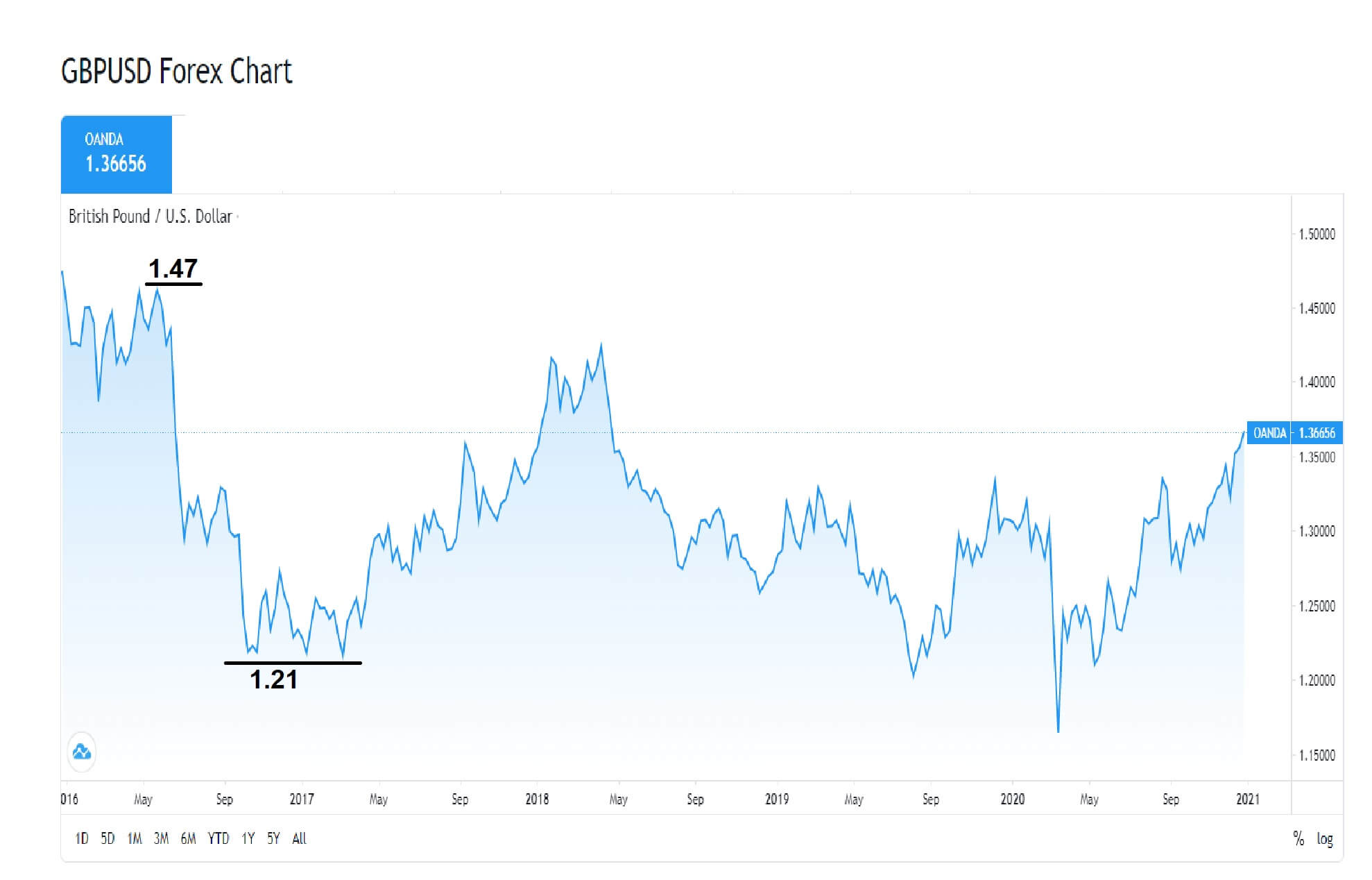 The referendum, which took place on the 23rd of June 2016, and where the British people voted to leave the EU, caused the pound against the dollar to crash from 1.47 to a low of 1.21 during the following year, as the markets tried to decipher how this may play out for the British economy. 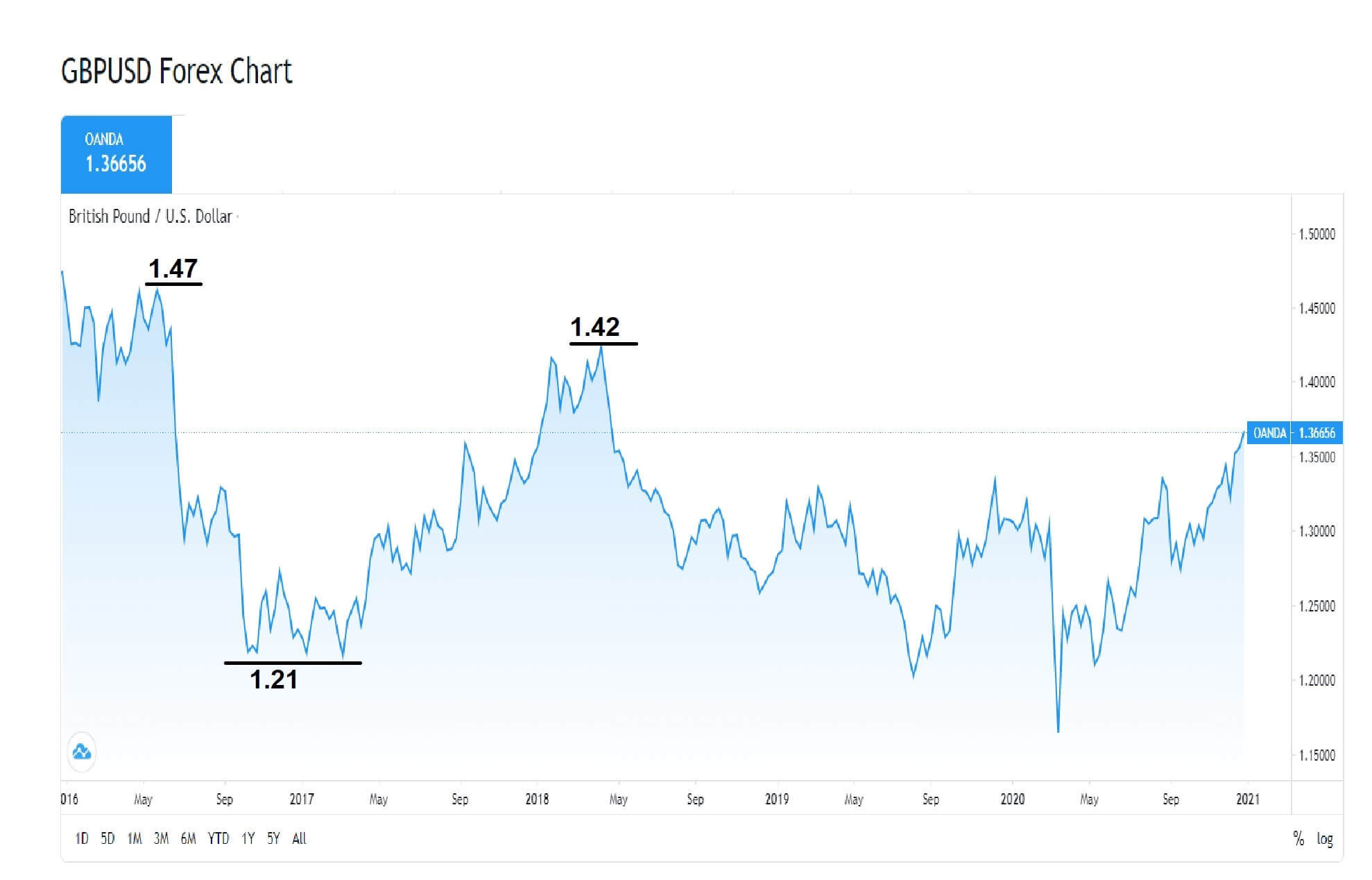 The pear rallied up to 1.42 in April 2018 as hopes were raised of a negotiated trade free trade deal, which was dashed. 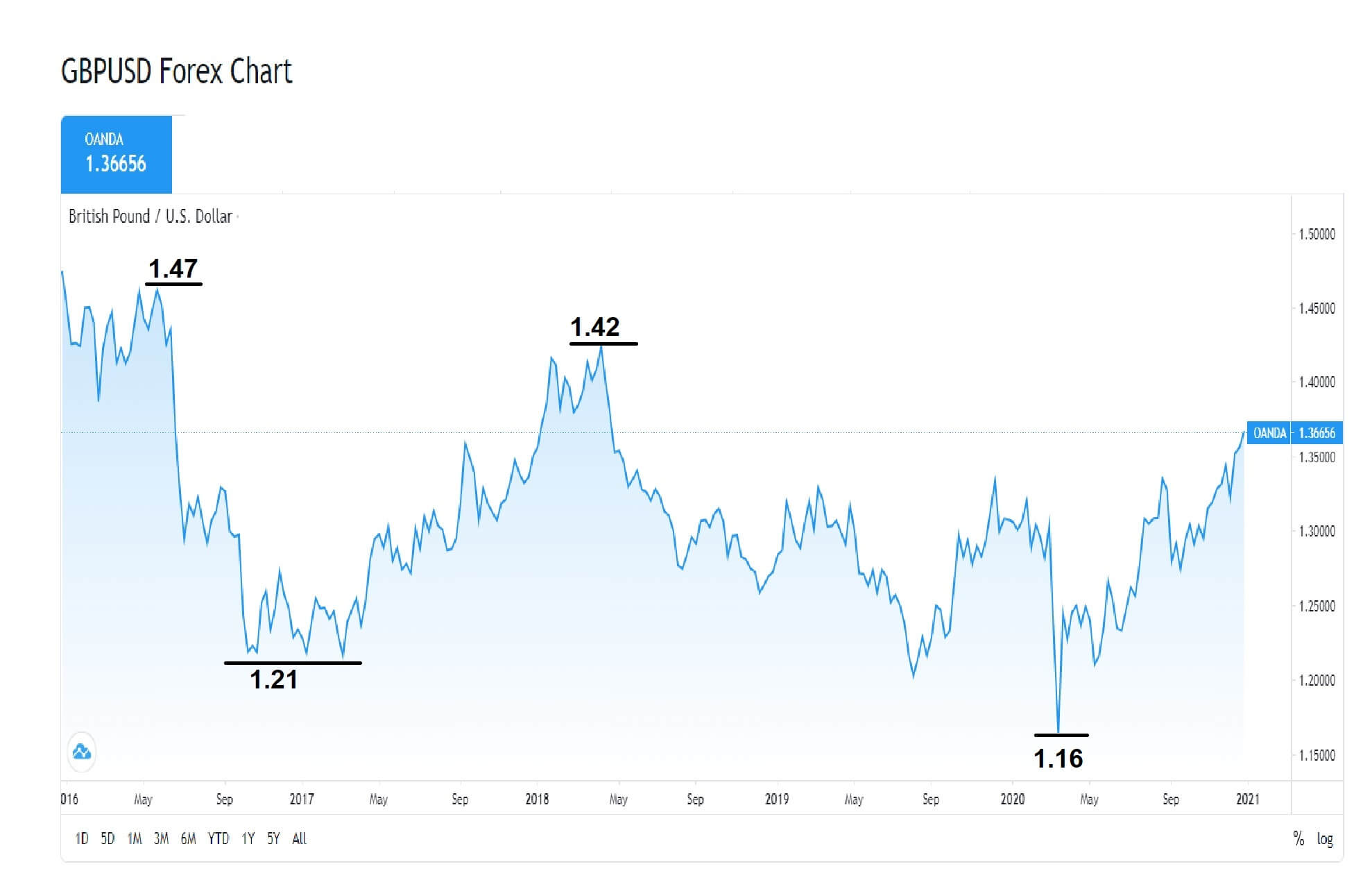 And we had the crash to 1.16 in march 2020 as the pandemic gripped the United Kingdom.

The pair has been rallying up to its current position at 1.36 – at the time of writing – based on the market anticipation that a free trade agreement would be reached.  This extremely bumpy road has been smoothed by the free trade agreement, but what now for the British economy and the pound, as it finally goes its own way as an independent nation?

There is no doubt that the bulls are in control of the pair at the moment, and some institutional traders will be looking for the previous highs, as shown here on the chart of 1.42 and 1.47.

However, things to consider are that the free trade agreement only takes up 20% of the British economy, with the remaining 80% of the gross domestic product being attributed to financial services, which does not form part of the agreement, and which still has to be negotiated between the EU and UK.  It is unlikely that issues in this sector will cause a major upset; however, there is potential for a spanner in the works should the two sides diverge from current alignments in trading standards. 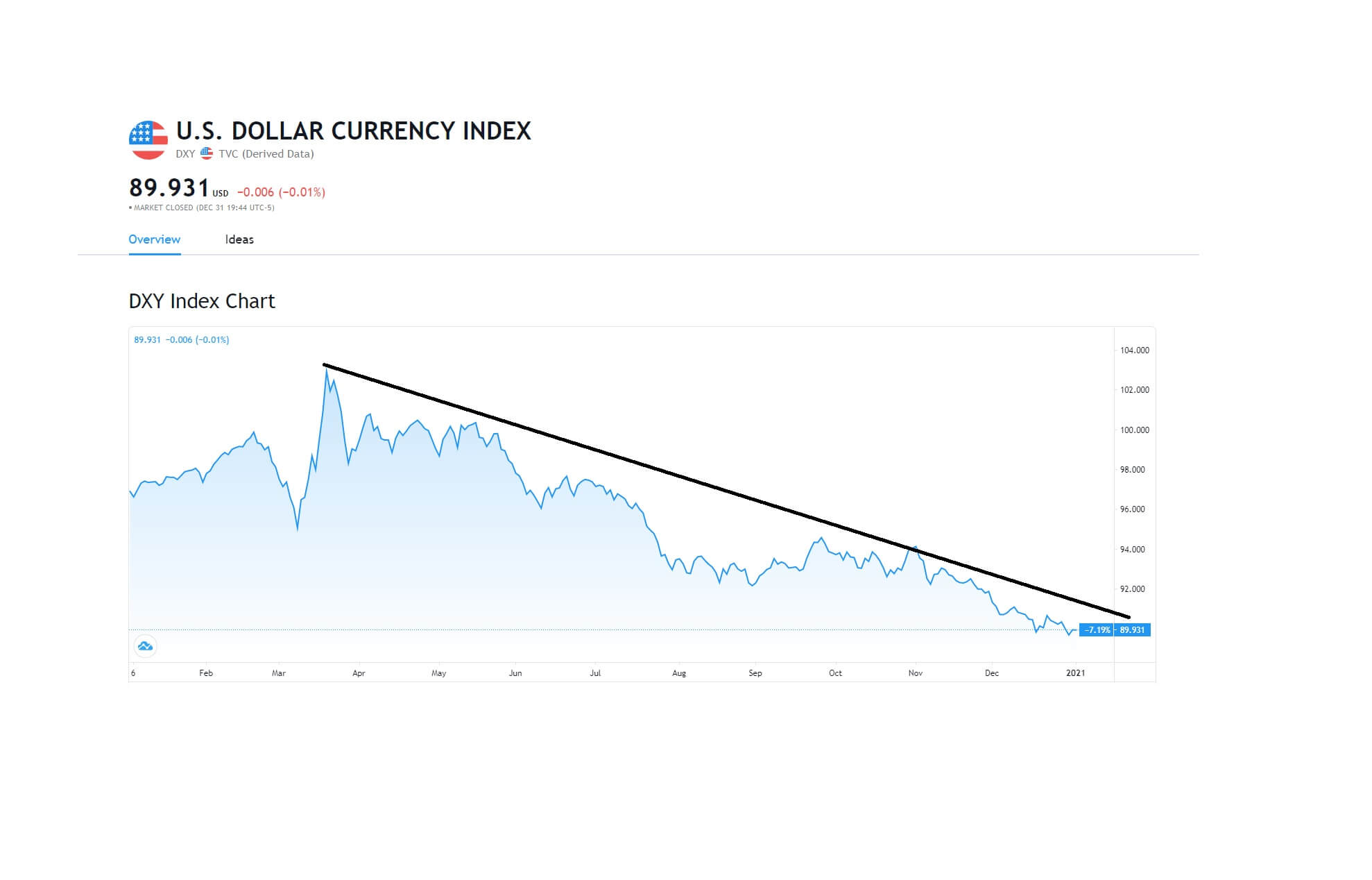 The other critical component, which will affect the pound, is the United States dollar currency index, or DXY, which measures the dollar against the most commonly traded currencies known as the majors and which includes the British pound and Euro.

The dollar index has fallen from a high of 103.00 in march 2020 to its current level at just under 90.00 at the time of writing, as the federal reserve and United States’ government implement stimulus measures by pumping more and more dollars into the system to shore up the failing US economy, which is still in the grips of the pandemic.

While traders wonder if Cable has run out of steam at 1.36, traders will also be wondering if there is further room for a continued slide in the dollar index, perhaps down to 88.00 in the short term, as the market opens to a new year and a first new quarter, with institutions and investors adjusting their portfolios for the new financial year ahead.

On a market sentiment basis, a fundamental basis, and on a technical analysis basis, it would appear that there is scope for a push higher in Cable to reach some of the previous levels mentioned at 1.42 and 1.47, especially while the US dollar index is generally under pressure.