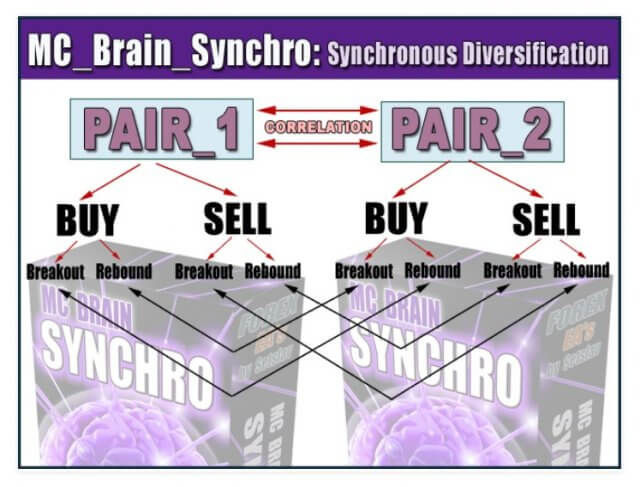 The MC Brain Synchro Multicurrency EA uses an advanced hedge system with correlated currency pairs. When hedging, the EA uses full synchronization with the selected correlation pair. In this review, we’ll provide additional information regarding how the tool works, how successful it is, and what it costs.

MC Brain Synchro uses 8 different currency pairs for your system, with 2 ligaments that correlate directly, and 2 that correlate inversely. Maximum diversification is thus possible. Even the volatility coefficients of each currency pair are taken into account by this system. In other words, the upward and downward trends, by force and movement, for each currency pair are different. For that reason, it is a mistake to use the same parameters to buy and sell orders of the corresponding currency. In the robot Mc brain synchro EA, all these issues are taken into account.

It is unusual for this system, which has a hedging strategy, to open two positions of the same currency pair in the same instant. Covered entries will be opened only if the previously open position enters adverse terrain. However, if we have open coverage in effect, then the second trade of the Ligament will be opened according to the same type of order that was opened, that is, full synchronization. If the first trade is BUY, then the second trade coverage will be BUY too.

So, if an open trade goes into losses, the robot begins to work on finding the opening of a hedge trade. In addition to the operation described above, we shall also take into account that:

– If the Ligament consists of directly correlated currency pairs and the pairs are moving synchronously, the hedging operation will only open when the hedging currency moves in the exact same direction as the open position.

– If the Ligament consists of inversely correlated currency pairs and the pairs are moving asynchronously, the hedging operation will also open only when the hedging currency moves in the exact same direction as the open position.

On the other hand, it should be taken into account that when we are using the brain synchronization robot in the same account where the multi-currency brain is already installed, efficiency, productivity, and diversification increase. This is because Mc brain synchro opens the trades within the ligament synchronously (in one direction), and this is subject to the hedging coins moving in one direction. Moreover, the multi-currency brain will be directed, independently of the course of the currency. 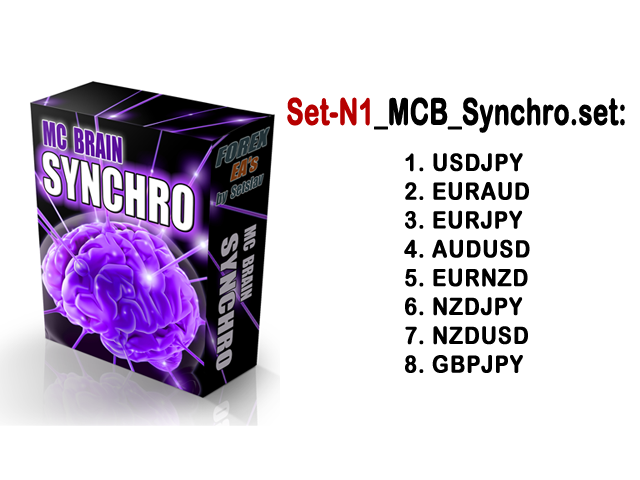 VERY IMPORTANT: These additional sets (Set-N2 and Set-N3) are awarded as a bonus only to users of the unlimited version (EA purchased) and only users who have already tested and tested the EA with the Set N1 in real trade and are completely satisfied with the results and the style of trade.

Mc Brain Synchro is available on the MLQ market, and its price is currently USD 5,000, a price that is not available to many. The EA has a free trial version and the opinions we have found from users are, in general, positive. However, it is not a robot advisable for novice traders due to its moderate complexity.

We are talking about a protective measure and quite necessary for its protection and the protection of your deposit. It is required to carefully verify and test the EA with the default setting (Set-N1) in the conditions of your broker, account type, and currency.

The developer will not provide if you have not tested the EA well enough and/or are not happy with the results of the profitability achieved. To receive the N2 and N3 sets, just send a request in a private message to the developer.