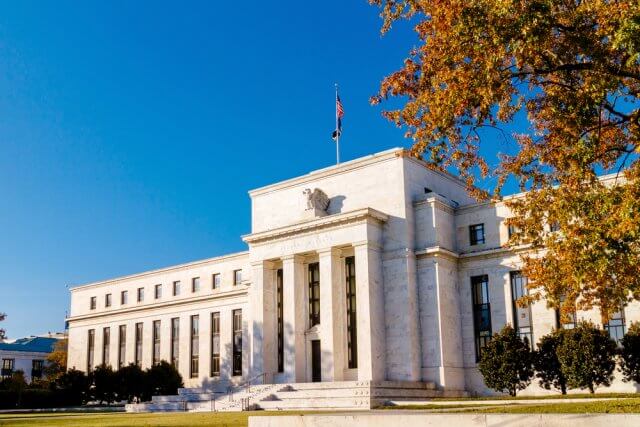 On the news front, the eyes will remain on the Central Bank officials such as Fed Chair Powell Speaks and ECB President Lagarde Speaks. The ECB President Lagarde is due to speak at a fireside chat at the Wall Street Journal’s online CEO Summit while Fed Chair Powell is due to talk about the U.S. economic outlook at the National Association of Business Economics annual meeting, via satellite. Audience questions are also expected.

The EUR/USD closed at 1.17824 after placing a high of 1.17973 and a low of 1.17047. Overall the movement of the EUR/USD pair remained bullish throughout the day. On Monday, the EUR/USD pair rose to its nine days highest level amid the broad-based U.S. dollar weakness and the strong positive macro-economic data from the European side.

The U.S. dollar was lower on Monday after the news about U.S. President Donald Trump’s health came into the market. The hopes that Trump will recover soon and be discharged from his military hospital as soon as Monday raised risk sentiment in the market and weighed on the safe-haven U.S. dollar. The fears that U.S. Presidential elections might not take place on schedule also dropped after the reports of Trump’s possible release from the hospital.

Another factor helping the risk sentiment was the hopes that U.S. stimulus measures will now be delivered soon as Trump’s infection has brought the virus to Capitol Hill. Both Democrats and Republicans will now realize the urgency of responding to the virus impact and reach a consensus over the aid bill’s size. The renewed stimulus hoped also added strength to the risk sentiment and helped the EUR/USD pair to gain further.

The Retail Sales in August from Eurozone raised nearly double than expectations to 4.4% and supported the local currency against its rival U.S. dollar and pushed the EUR/USD pair higher.

The Services PMI from all over European nations also rose and showed that the service industry improved from their previous levels and helped Euro to post gains. Furthermore, the Eurogroup meeting and the Financial Affairs Council meeting will start on 5-6th October. The Eurogroup will discuss its priorities under its new presidency and adopt a work program. The Eurozone’s policy priorities in the context of economic recovery and the draft budgets for 2021 will be discussed. Traders will look forward to meeting results for finding fresh clues about the EUR/USD pair in the coming days.

The GBP/USD pair was closed at 1.29726 after placing a high of 1.29920 and a low of 1.28995. Overall the movement of the GBP/USD pair remained bullish throughout the day. The GBP/USD pair extended its previous daily gains and reached its 11-day highest level above 1.299 level on Monday amid the broad-based U.S. dollar weakness and renewed Brexit deal hopes along with the improving risk sentiment around the market.

The British Pound to U.S. dollar exchange rate moved higher on Monday on rising expectations that the U.K. and E.U. will reach a consensus on the post-Brexit trade deal. The Goldman Sachs forecasted that both parties would reach a deal by early November.

Another factor involved in the Brexit deal’s raised hopes was the report that suggested that E.U. chief negotiator Michel Barnier aimed to hold talks with European coastal states to get the freedom to negotiate terms with the U.K. on the fisheries issue. It is one of the sticking points that have caused a delay in the Brexit deal progress. The Brexit hopes were further bolstered after Prime Minister Boris Johnson and European Commission president Ursula von der Leyen agreed that talks should be intensified to close the significant gap that has stalled the negotiations’ progress.

All these above optimistic reports helped the local currency and pushed the GBP/USD pair on the above side. The bullish calls were supported by Goldman Sachs that urges investors to buy Sterling. However, the Goldman Sachs Bank did not completely take the prospect of no-deal Brexit out off the table and said that No-Deal Brexit’s perceived probability would remain intact beyond the next European Council meeting in mid-October.

If no deal is reached between the E.U. and U.K., Britain will leave the E.U. without a deal at the end of the transition period on December 31.

Meanwhile, on the data front, at 13:30 GMT, the Final Services PMI from Great Britain for September rose to 56.1 against the 55.1 and supported GBP. The stronger than expected Services PMI showed an expansion in the U.K. services activities and supported the already rising GBP/USD pair on Monday.

However, the U.S. dollar was weaker on Monday due to the rising risk sentiment on the reports of the quick recovery of the U.S. President Donald Trump from coronavirus infection. The reports suggested that Trump would be released from his military hospital as soon as Monday, and he raised the risk sentiment after breaking the concerns that election might suffer from his illness. The weak U.S. dollar onboard, along with the improved risk sentiment, also helped the GBP/USD pair’s gains on Monday.

The GBP/USD is holding over a strong resistance become a support level of 1.2954 level. On the 4 hour timeframe, the Cable has formed an upward channel supporting the pair around 1.2950 and 1.2925 level. Whereas, the resistance stays at 1.3003 and 1.3058 level. The MACD and 50 EMA support bullish bias, which may keep the GBP/USD pair bullish over 1.2956 level. Let’s consider taking buying trades over 1.3000 level and bearish below the same level to target 1.2956.

The USD/JPY pair was closed at 105.735 and a high of 105.792 and a low of 105.228. Overall the movement of the USD/JPY pair remained bullish throughout the day. After posting hefty losses on Friday, USD/JPY reversed its direction and moved higher on Monday amid the improved risk sentiment and rising optimism in the market.

The market’s mood was improved on Monday after a bumpy weekend related to the concerning news about the health of U.S. President Donald Trump. The Leader of the world’s largest economy was tested positive for coronavirus on Friday and was shifted to a military medical facility for treatment. The Contradictory headlines about his health and its effects on upcoming Presidential elections were raising concerns throughout the weekend. However, after the weekend, the news suggested that Trump was recovering, and he will be released from the hospital as soon as Monday.

This news canceled the above fears and raised optimism around the market, boosting risk sentiment. The U.S. equities and the U.S. Treasury yields raised on the day, giving a boost to the U.S. dollar. Simultaneously, the rising risk sentiment weighed on the safe-haven Japanese Yen and pushed the USD/JPY pair on Monday.

The ISM Services PMI showed an expansion in U.S. services activities in September and raised hopes for the quick economic recovery that helped improve the market’s risk sentiment and weighed on the Japanese Yen due to its safe-haven nature and ultimately pushed the USD/JPY pair even higher.

Moreover, the risk sentiment was also supported by the better than expected Retail Sales report from the European Union on Monday that doubled the expected number and supported riskier assets. The European stocks raised after this report, and U.S. stocks followed them that raised the market’s risk sentiment and helped the riskier GBP/USD pair gain further in the market.

Meanwhile, the USD/JPY pair’s gains remain limited by the rising fears of a second wave of coronavirus globally in the winter season. From all across the globe, the reports were suggesting a rising number of coronavirus cases. Europe struggled hard to fight against the pandemic and contained the spread as France and the U.K. saw a continuous rise in the number of daily count on infection cases.

Meanwhile, other countries like Oman, Israel, India, France, Canada, UK, and Japan also reported a rise in the number of infected people. This raised global concerns supported the safe-haven appeal and capped further gains in the USD/JPY pair.

The USD/JPY is also trading bullish at 105.650 over the stronger U.S. dollar; however, the recent bullish bias in safe-haven Japanese yen drives a slight bearish correction in the market. On the 4 hour chart, the double top resistance level of the 105.800 level keeps the pair bearish. In case of a bullish breakout, the 105.800 resistance level may lead the USD/JPY pair towards the next target level of 106.240. On the lower side, the USD/JPY may find support at 105.400 level today. I will be looking to take a buy position over the 105.810 level. Good luck!