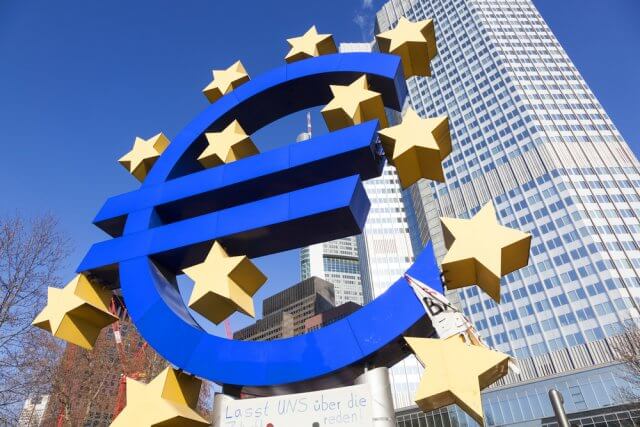 On the news front, the eye will remain on the ECB President Lagarde Speaks, OPEC Meetings, Chicago PMI, and Pending Home Sales m/m. The U.S. events are expected to perform badly, and the dollar index can bear a bearish hit.

The EUR/USD pair was closed at 1.19637 after placing a high of 1.19637 and a low of 1.19060. EUR/USD pair raised near its highest level since August amid the increasing risk-on sentiment. Due to Thanksgiving celebrations, the EUR/USD pair continued to move higher in the upward direction in the absence of U.S. traders.

The risk perceived EUR/USD pair gained traction on Friday after the optimism surrounding the market related to the coronavirus vaccine increased. The hopes for a quick economic recovery also increased along with the vaccine progress and supported the market’s risk sentiment that lifted the global equity market on Friday.

The news regarding vaccines from several candidates and their efficacy rates raised hopes that the economy would come back to its pre-pandemic levels, and that weighed on the safe-haven greenback. The U.S. dollar was also weak across the board after the smooth transition of the White House. Joe Biden is set to take power on January 20, and he is expected to work on a second stimulus bill that would weigh on the U.S. dollar.

The U.S. Dollar Index (DXY) that measures the U.S. dollar value against the six currencies basket was also under pressure and at a new monthly low level at 91.8 level on Friday. The U.S. dollar weakness combined with the vaccine optimism added strength in the EUR/USD pair and helped it reach near its highest since mid-August level.

Meanwhile, the single currency Euro was also strong on Friday after releasing strong macroeconomic data from the European Union. At 12:00 GMT, German Import Prices for October raised to 0.3% against the expected 0.1% and supported Euro. At 12:45 GMT, the French Consumer Spending for October also raised to 3.7% from the forecasted 3.6% and supported the single currency Euro. The French Prelim CPI for November surged to 0.2% against the forecasted 0.0% and supported Euro. The French Prelim GDP for the quarter also surged to 18.7% against the anticipated 18.2% and supported Euro. The Euro’s strength added further gains in the already rising EUR/USD pair and pushed it higher on board.
The rising risk sentiment in the market also supported the stock market worldwide as the outlook of the upcoming year 2021 was improved due to the successful development of the coronavirus vaccine.

Furthermore, the victory of Joe Biden in the U.S. Presidential elections also added positivity to the market mood because he has signaled a more promising approach toward international relations, unlike Trump. Due to his promise of keeping smooth trade relations with China and other countries, the favorable global trade conditions improved the global risk sentiment and supported the riskier assets like EUR/USD pair.

The EUR/USD pair is trading with a bullish bias at the 1.1974 area, facing immediate resistance at the 1.1975 area. Closing of candles below this level suggests chances of bearish correction as the pair has entered the overbought zone. However, the bullish breakout of the 1.1975 level can extend the buying trend until the next resistance level of the 1.2010 level. The bullish bias remains dominants today. Let us consider taking a selling trade below the 1.1979 level, and above this, the next target stays at 1.1997.

The GBP/USD pair was closed at 1.33066 after placing a high of 1.33815 and a low of 1.32856. The GBP/USD pair continued its previous day’s bearish move and extended its losses on Friday amid the increased Brexit worries. Despite the positive risk environment in the market, the currency pair GBP/USD pair posted losses for the day on Friday as the deadline for the transition period was coming closer day by day, and a deal has still not been secured. With only 34 days left for the Brexit-transition period to end, the pressure on both sides, the E.U. and the U.K., has increased to reach a deal by Saturday to complete the required paper-work legislation process in time.

Chief EU negotiator Michel Barnier reached London for in-person talks after completing his quarantine, and this was the only positive news surrounding Brexit. UK PM Boris Johnson has said that the U.K. will prosper with or without a deal, and the likelihood of a deal is dependent on the E.U. There were still disagreements on Fisheries, governance, and level playing field that needed to sort out to reach a deal.

The rising uncertainty regarding Brexit has been weighing on the local currency British Pound. The E.U. Commission President Ursula von der Leyen, along with the E.U. chief negotiator Barnier, said that they do not know if a deal was possible as the talks were in progress.

On Friday, Barnier told MEPs that he was prepared for a further four days of make-or-break Brexit negotiations, with growing skepticism among E.U. member states about the utility of further talks. Barnier has said that he would work through the weekend and then maybe one-or-two more days in the last-ditch attempt to bridge the large gaps between both sides and reach a deal.

E.U. sources have said that there was a growing feeling that the lack of progress and the need to prepare businesses for the consequences of a no-deal British departure from the E.U. made it unwise for talks to continue beyond then. These concerning statements from both sides have weighed on British Pound and added losses in GBP/USD pair.
Whereas, the U.K.’s foreign minister Dominic Raab said on Sunday that the next week would be very significant for Brexit, in reply to how near the deadline was in trade talks with the European Union. He said that this was a very significant week, the last real major week, subject to further postponement.

As the last 4-6 days for securing a Brexit deal have reached, the local currency pressure also increased and weighed on Sterling that ultimately weighed o GBP/USD pair ahead of any decision despite the improved risk sentiment in the market because of vaccines progress.

The GBP/USD traded in line with our previous forecast to hit the support level of 1.333, which is extended by an upward channel. On the higher side, Cable may find resistance at 1.3400 level that’s extended by the double top pattern on the two-hour timeframe. Simultaneously, the bullish crossover of the 1.3400 level is likely to open additional room for buying until the 1.3446 level. On the 4 hour timeframe, the GBP/USD pair has formed a bullish channel that supports the pair at the 1.333 area, and violation of this level on the lower side can drive a sharp selling trend until the 1.3270 mark. The RSI and MACD are suggesting a selling trend in sterling. However, I will prefer to open a buying trade over the 1.3330 area and selling trade below the same level today.

The USD/JPY pair was closed at 104.064 after placing a high of 104.279 and a low of 103.904. Despite the improved risk-on market sentiment, the USD/JPY pair dropped for the second consecutive session amid the U.S. dollar weakness. The U.S. dollar weakness was driven by the increased expectations of a large-scale stimulus from the new Biden administration to combat the coronavirus pandemic. Joe Biden has been fighting to provide massive stimulus support to the economy to fight against the COVID-19 pandemic. As he has won the U.S. Presidential elections and is now due to take power on January 20, the chances for a massive stimulus fiscal support to the economy has increased and weighed on the U.S. dollar.

The U.S. Dollar Index (DXY) that tracks the greenback against a basket of six other currencies was down by 0.1% to a 3-months lower level at 91.8. The trade market volume was also limited, keeping the U.S. dollar under pressure due to Thanksgiving Holiday in the U.S. as many traders were enjoying a long weekend.

Meanwhile, the environment around U.S. politics also got better with President Trump’s latest decision to leave office regarding Electoral College votes for Biden. This smooth transition of power in the White House also supported the risk-on market sentiment and weighed over the safe-haven greenback that added losses in the currency pair USD/JPY.
Furthermore, on the data front, at 04:30 GMT, the Tokyo Core CPI for the year came in as -0.7% against the expected -0.6% and weighed on the Japanese Yen and capped further losses in the USD/JPY pair on Friday.
The risk-on market sentiment failed to impress the USD/JPY buyers. The traders were more focused on the U.S. dollar’s weakness instead of the rising optimism surrounding the global economic recovery due to vaccine development.

Several candidates worldwide, including Pfizer & BioNtech, Moderna, and AstraZeneca, have reported a 60-95% efficacy rate of their vaccine ad said that it would be available for use within weeks as some have applied for US FDA approval for emergency authorization use.

AstraZeneca vaccine is considered the cheapest vaccine as it can be stored at ordinary room temperature or refrigerator temperature, but it requires two dosages to reach a 90% efficacy rate. The hopes for global economic recovery and the outlook for 2021 have improved and weighed on the safe-haven U.S. dollar that ultimately added pressure on the USD/JPY pair.

The USD/JPY pair’s recent price action has violated the choppy trading range of 104.700 – 104.056. On the lower side, the USD/JPY pair can drop further until the next support level of 103.667 level, especially after the breakout of the 104.150 support level. On the higher side, a bullish breakout of 104.700 resistance can extend the buying trend until the next resistance area of 104.700 and 105.063 level. On the lower side, the support continues to hold around the 103.667 level. The MACD suggests selling bias in the USD/JPY pair; thus, we should consider selling trade below 104.150 and buying above the same. Good luck!