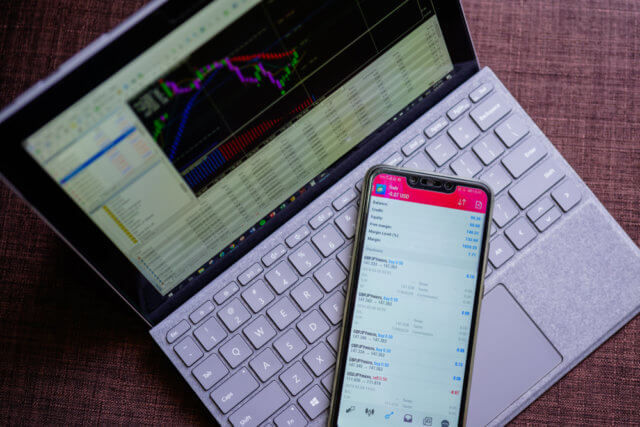 The U.S. Dollar Index was little changed on Tuesday, closing relatively flat on the day at 98.25. The euro gained 0.1% to $1.1022. The German GfK Consumer Confidence Index edged up to 9.7 in December (9.6 expected and in November).

On the fundamental’s front, the Conference Board Consumer Confidence Index plunged to 125.5 in November (127.0 expected) from 126.1 in October. Wholesale inventories rose 0.2% on month in October (as expected), while new home sales fell to an annualized rate of 733,000 units (705,000 units estimated) from 738,000 units in September. Let’s took at today’s trade setups.

The EUR/USD currency pair flashing red and hit the record lows to trade below the seven months lows. At the moment, the currency pair is currently trading at 1.1015.

The reason behind decreased uncertainty could be the recent progress in the United States and China trade deal, which is likely to resolve issues.

For now, the focus is likely to be on the U.S. data Q3 GDP, Personal Spending (Oct), Durable Goods Orders (Oct), Weekly Jobless Claims. The 3rd-quarter annualized GDP is forecasted to be unchanged at 1.9%. The economy increased by 2% and 3.1% in the 2nd and the 1st quarter as well.

With that being said, a prolonged period of low volatility often paves the way for a big move on either side. The level of uncertainty will drop if both nations reach a trade agreement. This ultimately can drive a significant drop in the common currency against the U.S. dollar.

On the technical side, indicating the route of least resistance is to the bearish. The 14-day relative strength index is suggesting selling conditions with as the RSI value holds below 50, and the daily MACD histogram is again printing deeper bars below the zero line, a sign of strengthening bearish momentum. The double bottom pattern on the 4-hour chart is extending support to the direct currency pair. Let’s look for staying bullish above or bearish below 1.1000 level today to target 1.1055 on the upper side and 1.0985 on the lower side.

The Tory announcement is already under criticism for its lack of defense, failure to mention promises on the National Healthcare System (NHS), and Brexit’s deadline is keeping the political depression for the ruling party. The Independent says that former senior judge blames the United Kingdom’s (U.K.) ‘s current Prime Minister for his reckless private life.

On the other hand, the United States President Donald Trump continues its hopes of a phase-one deal with China even after the media releases from Beijing that blamed the U.S. for unfair behavior. The greenback stays on the bullish track across the board because investors still trust the U.S. dollar during the risk-on sentiment.

For now, there is no significant data and event is scheduled to release from the United Kingdom, the United States economic calendar is full of critical figures ranging from the 2nd-version on 3rd-quarter (Q3) Gross Domestic Product (GDP) to October month Durable Goods Orders. The markets will keep their eyes on the U.S. Personnel Income and Spending, coupled with the Core Personal Consumption Expenditure Index.

Ahead of the data, T.D. Securities anticipates the Core PCE to stay around 0.7% YoY whereas also expecting Durable Goods Orders to recover to -1.0%.

On Wednesday, the GBP/USD is now heading lower to test the triple bottom support area of 1.2820. The cable seems to close a tweezers bottom pattern on the 2-hour chart, which is famous for driving a bullish trend in the market. So here we can expect GBP/USD to trade bullish above 1.2820 to target 1.2880 later today.

The USD/JPY currency pair found on the bullish track, extending its recent recovery rally. As of writing, the currency pair currently trading at 109.15. The USD/JPY pair hit the two-weeks high during the Asian session mainly due to the positive headlines which came out from the United States and China regarding trade deal.

The pair closed beyond 200-day Simple Moving Average (SMA) for the first time since early November because the market’s risk sentiment further improved. Traders, the primary reason behind such a drop in uncertainty is increasing expectations that the United States (U.S.) and China will soon sign an initial, or phase-one, trade deal.

Elsewhere, the new trade headlines came from the United States President Donald Trump that we are very close to making a deal with China. The South China Morning Post’s (SCMP) story highlights the Commerce Secretary’s order to protect telecommunication networks and their supply chains from national security warnings. Though, the same fails to get much of the attention.

Traders did not give much focus on the comment from the President of the Federal Reserve bank of Dallas, Robert Kaplan, that the United States economy has a good opportunity to grow by 25 in the coming year. Still, unfortunately, the growth in the 4th-quarter is going to be weak.

The 2nd version of the 3rd-quarter US Gross Domestic Product (GDP) and October month Durable Goods Orders will be closely observed in the U.S. economic calendar as well as the comments from the Bank of Joana board member Makoto Sakurai, and trade headlines can be kept for intermediate direction.

The USD/JPY is trading at 109.100, and it has just violated the horizontal resistance area of 109. The closings of bullish candles above 109 mark are suggesting further buying until 109.300 and 109.450. Besides, the MACD and RSI are still holding in the bullish zone. Consider taking buying trades over 109 to target 109.35 today.