Can any cryptocurrency replace fiat?

The cryptocurrency community tried to predict how digital currencies will someday take over the world and stand on the spot of fiat currencies. However, there are several problems that the industry has to tackle before becoming mainstream. Some economists view cryptocurrencies with quite a bit of disdain. Even though some traditional financial institutions pointed out the importance of the concept of blockchain technology and even announced working on developing or adopting something similar, only a few have made any suggestion that they will adopt cryptocurrencies at the expense of fiat money. 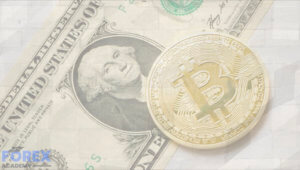 Bitcoin is the one cryptocurrency that remains most likely to become mainstream and get adopted by the world on a large scale. While there is no single authoritative list of companies that accept cryptocurrencies such as Bitcoin, Coin Telegraph suggests that over 54 major companies currently accept one or more cryptocurrencies. Out of the 54 companies, just two don’t accept Bitcoin.
Looking at this statistic, Bitcoin easily outpaces all other cryptocurrencies at the moment. 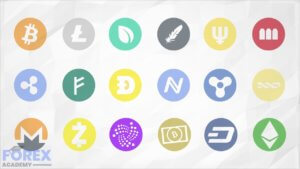 Altcoins are cryptocurrencies that are alternative to Bitcoin. They tend to see lower levels of acceptance among major companies, as fewer companies want to take such a risk. Coin Telegraph suggests that, when compared with the 52 major companies that accept Bitcoin at the moment, only 25 accept Litecoin, 13 accept Ethereum, 14 accept Bitcoin cash, 15 accept Dogecoin and 12 accept Monero.
However, these 52 companies reported by Coin Telegraph are not the only ones that accept cryptocurrencies. UseBitcoin is a directory that lists over 5,000 businesses and retailers, with nearly all of them accepting Bitcoin. On the other hand, the large majority of these companies don’t accept other cryptocurrencies.
More and more businesses are accepting cryptocurrencies other than Bitcoin or are even developing their own ones. Cryptocurrencies are witnessing wider acceptance as the years go by. Places that have accepted only Bitcoin in the past started accepting Litecoin, Ethereum, or some other cryptocurrency. On top of that, there are even ATMs that offer cryptocurrencies other than Bitcoin. That being said, Bitcoin is still dominant in the cryptocurrency space.
In the end, it’s difficult to guess if cryptocurrencies will get mainstream and if they will, which will able to break into it most decisively. Bitcoin has the advantage of the biggest name and largest market cap cryptocurrencies, as well as being the first one to break into the market. However, altcoins continue to grow in popularity against Bitcoin, even when we take into consideration the bear market.
At the moment, no cryptocurrency has effectively become mainstream and overtaken fiat in any aspect in any part of the world.

There is a possibility that cryptocurrencies may one day take over the role of money from fiat currencies. However, the obstacles they face at the moment, such as widespread adoption, regulation, and such, are extending the horizon enough for the analysts to be unable to predict the future outcome.
One thing is certain, and that is that cryptocurrencies are a groundbreaking technology.