Before we jump into the comparison, let’s start with understanding the definition of cryptocurrencies. Cryptocurrencies are digital currencies that are secured with encryption. This encryption is created by using cryptography, which is simply the use of encryption techniques to secure and verify the transfer of transactions.
Bitcoin is considered the first decentralized cryptocurrency. It is powered by blockchain, a public ledger that records and validates all transactions that happen on it. Even though Bitcoin was not the first cryptocurrency, its creation is extremely important as it is the first distributed and decentralized one. The creation of Bitcoin managed to start a whole market of other cryptocurrencies (coins and tokens) that are regarded as cryptocurrencies even though most of them do not fall under the definition of a “currency,” but rather try to solve a different problem in society. 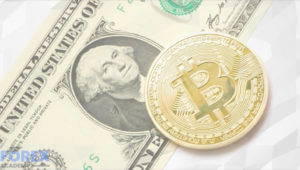 Alternative cryptocurrency can also be called altcoins or simply “coins.” Altcoin simply refers to coins that are not Bitcoin. Most altcoins came to life as a fork of Bitcoin, built using Bitcoin’s original protocol with a couple of changes to its underlying codes. These changes are, even though seemingly small, what actually sets these new coins apart from Bitcoin, as they offer a different set of features to it.
A concept of modifying open source codes to create new coins is called hard forks, while a change to a code that does not create a new cryptocurrency is called a soft fork. A few examples of altcoins that came from Bitcoin’s code are Namecoin, Litecoin, Dogecoin, Bitcoin Cash, Bitcoin Private, Auroracoin…
However, not all altcoins came from Bitcoin’s code. There are altcoins that have created their own Blockchain as well as a protocol that supports their native currency.

These coins include Ethereum, Ripple, Bitshares, NEO, Waves. What sets altcoins apart is that they each possess their own independent blockchain. This blockchain is where all transactions of their native currency occur. 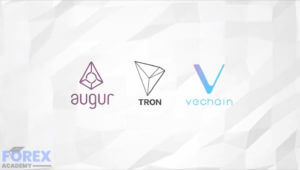 Tokens are considered a representation of an asset or utility that resides on top of another blockchain. Tokens do not have their own blockchains as altcoins do. They can represent basically any asset that is fungible and tradable. This could range anywhere from commodities to loyalty points.

Creating a token is a much easier task than creating a coin. This is simply because the code from a particular protocol does not have to be modified in order to create a token. Platforms such as Ethereum or Waves offer certain guidelines which, if followed, allow anyone to create a token. Creating tokens is made possible through the use of smart contracts. Smart-contracts are programmable computer codes that are self-executing as long as the terms are met. They don’t need any third-parties to operate.
As tokens built on the same blockchain have the same template, they share many characteristics. This provides a standard interface for interoperability between tokens, which allows people to store different types of tokens on a single wallet. A great example is the ERC-20 standard on the Ethereum blockchain, which has been used to create over a thousand tokens. Most (if not all) of these tokens can be stored on ERC-20 wallets. 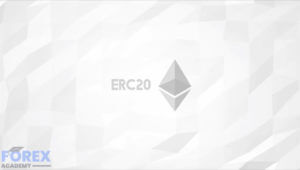 Tokens are mostly created and distributed through an Initial Coin Offering (ICO). An ICO is simply a way of crowdfunding where developers fund their projects through the release of a new token or a promise of a token. The ICO market has been filled with successful as well as very unsuccessful projects. There were also a lot of scams on the market as people were buying anything and everything during the time of the cryptocurrency price boom of late 2017. Nowadays, the ICO market has died down compared to 2017 but is still active. However, people are a lot more cautious when it comes to where they invest their money.