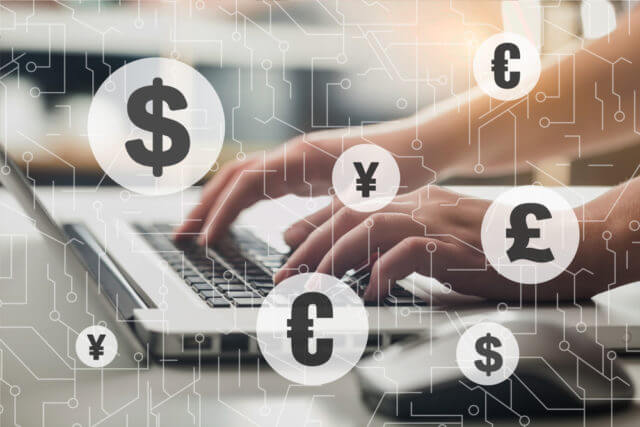 The U.S. Dollar Index kept trading within a tight range on Tuesday, closing down 0.1% to 97.69, as investors await the Fed’s interest rates decision.

The euro gained 0.1% to $1.1112, while the British pound was flat at $1.2866. The U.K. Parliament finally supported Prime Minister Boris Johnson’s plan for an early election, which would be held on December 12.

Meanwhile, USD/CAD advanced 0.3% to 1.3092 amid weakness in oil prices. On the other hand, the Bank of Canada is expected to keep its benchmark rate at 1.75% unchanged later today.

The GBP/USD currency pair consolidates in the narrow range near the 1.2865 despite the United Kingdom parliament approving the extension for the December snap elections. As of writing, the GBP/USD currency pair s currently trading at 1.2863 and has spent a large part of the last 12 hours chipping away at the resistance of the bull flag on the 4-hour chart.

As we all well aware that the market is cautious not only because of key events but the shortage of fresh hints, so in the consequences, the GBP/USD pair is stuck in the tight range during the Asian trading hours.

During the Tuesday, the United Kingdom parliament approved the law for the first December snap eclection since 1932. The bill will likely become law on the weekend.

On the other hand, the breakout could remain difficult or fail mainly if the Federal Reserve delivers the rate cut by the 25 basis-points and give a hint to pause rate cut series, pushing the U.S. Treasury yields and the greenback higher across the board. It should also b noted that the market has already priced in the 25-basis-points easing.

Apart from the Federal Reserve decision, the GBP/USD currency pair could take hints from the U.S. Q3 preliminary GDP and the monthly ADP jobs data.

On the 4-hour chart, the pair has formed Doji patterns, which is weighing on the bullish trend, but the MACD and RSI are proposing bullish preference. Consider taking buying positions over 1.2859 and bearish under the same level ahead of FOMC and Fed rate decision.

At 17:30 GMT, the International Goods Trade Balance of the United States for September came in as -70.4B against the expectations of -73.5B and supported the U.S. Dollar on Monday. The negative Prelim Wholesale Inventories from the United States for September also supported the U.S. Dollar. It showed a decline to -0.3% from the previous month’s 0.2%.

The robust macroeconomic data from the U.S. at the starting day of the week gave strength to the U.S. Dollar and increased the prices of USD/JPY in Financial Markets.

On Monday, USD/JPY was rallied to 109 after the Positive comments from Trump about the US-China trade deal and increased U.S. Yields. Trump told the reporters on Monday that he was expecting to sign a significant portion of the Phase-one deal ahead of schedule. Although he did not mention the time for signing the part of the deal, the hint of pre-schedule deal signing itself created a big fluctuation in the market.

The overall optimistic mentality from China & U.S. gave hopes to a possible end of the prevailing Trade-war between them. U.S. & China were expected to sign the phase-one deal at the upcoming APEC Summit in Chile, but Trump announced that a portion of that deal would be signed before the Summit.

This state of affairs raised the appetite for riskier assets in the market, and USD/JPY gained traction in this regard and created a Bullish trend for itself after moving in a consolidated range for almost 2-3 previous days. The incoming positive trade headlines increased the U.S. Yields and hence created more demand for USD/JPY.

The USD/JPY surged to test the resistance area of 109.030, but the bullish momentum wasn’t strong enough to retain a bullish trend for a more extended period. The USD/JPY has dropped below the 109.036 area to retest the bullish trendline support at 108.800. Above this, we can expect USD/JPY to continue trading bullish today.

So let’s keep an eye on 108.800 today to stay bullish above and bearish below the same level to capture quick 30 pips. The USD/JPY may gain support around 108.550 today.

The EUR/USD currency pair consolidates in the narrow range near the 1.1109. The pair were fell from the recent highs near the 1.1180 during the previous session; probably, the pair will hit the high level again if the German inflation crosses the forecast figures, and the Federal Reserve delivers a dovish rate cut at the coming meeting.

On the technical side, the currency pair had created a bullish hammer candlestick during yesterday, making a strong follow-through to Mondays bullish inside day candlestick.

The consecutive bullish candles indicate the recovery from 1.1180 has likely ended up creating a bullish higher low near 1.1073.

Whereas, the preliminary German consumer price index for October is still unchanged at 0% and fell moderately to 1.1% from 1.2% in annualized terms.

The EUR/USD currency pair will likely get hints from the German job data, which is scheduled to release at 08:55 GMT. On the other hand, the preliminary U.S. Q3 GDP and the monthly ADP employment figures could leave a slight impact on the EUR pairs before the Federal Reserve rate decision.

The Federal Reserve is expected to deliver the 3rd rate cut by the 25 basis-points during 2019 on Wednesday and gives the hint of pause easing further. Moreover, the hawkish rate cut could be capping the upside in EUR/USD currency pair.

According to the forecast, the market has already priced in the rate cut. So, the EUR/USD currency pair could increase mainly if the Federal Reserve keeps the doors open for delivering another rate cut before the year’s end.

The EUR/USD jumped off the support point of 1.1065 yesterday. A bullish trendline extended the support level, which is still keeping the EUR/USD upbeat. The pair rose to the retest 1.1100 area. Today, consider staying bullish above 1.1101 until the FOMC and Fed rate decision comes out.