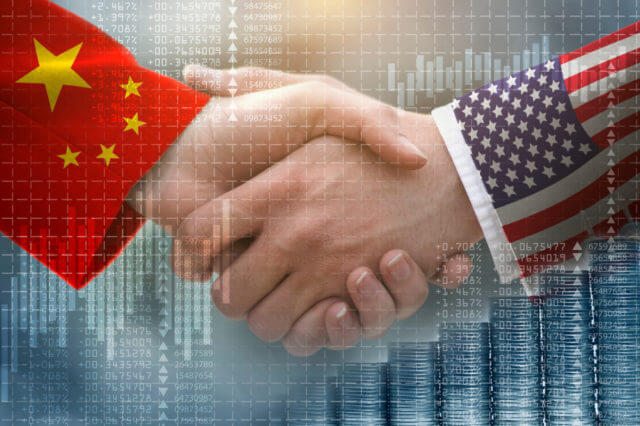 Whereas the Chinese yuan was marginally lower in the offshore business, but still on the strong opponent of 7-per-dollar at 6.9892 in foreign trade.

The EUR/USD currency pair stops its further declining streak after a 5-day losing trend. As of writing, the pair is currently trading above the 1.1000, having hit the 3-weeks low of 1.1017 last Friday. Notably, the EUR/USD pair remains cautious, mainly due to the greenback strength.

As of now, the pair is fluctuating up and down between a 10-pips narrow range during the Monday. The markets await fresh clues regarding the United States and China trade relations for a new direction, as well as the big economic releases from both sides of Atlantic the week ahead for the next direction. The United States docket discusses the releases of the CPI data and Federal Reserve Chairman Powell’s testimony, whereas the EUR calendar headlines the Eurozone growth figures.

Looking ahead, the pair could keep its range trade steady mainly due to the holiday in the United States, the markets of the United States closed in the wake of Veterans Day. However, the greenback will continue its progress due to fresh trade-related development.

The EUR/USD is consolidating with a bearish bias since it broke the bullish trendline support around the 1.1025 area. On the 4 hour timeframe, the pair has formed strong bearish channels, which are signaling chances of further selling in the market.

At the moment, the EUR/USD is focusing on a crucial trading level of 1.1060 level, which is likely to keep the EUR/USD bearish under this. Below this level, the EUR/USD may gain support at 1.1025 and 1.1000 level today.

The U.S. Dollar continues its recovery rally due to the global investors try safety and cautious in the wake of intensifying uncertainty surrounding the United States and China trade deal and protests in Honk Kong. Moreover, the reason behind the greenback safe-haven demand could be the geopolitical tension in the Middle East.

On the other hand, Chancellor’s defeat to justify the criticism of the opposition Labour party’s spending plan increased the uncertainties regarding the United Kingdom Prime Minister Boris Jonson’s lead during the snap elections, which is scheduled to happen in December.

Next support prevails around 1.2750, and the violation of this level can extend sell-off until 1.2685.

Japan’s September month Machinery Orders against market forecasts on MoM and YoY basis. Whereas the monthly numbers dropped below +0.9% expected and -2.4% before -2.9%, yearly numbers seem a bit less negative with +5.1% growth figures against 7.9% consensus and -14.5% earlier readouts.

While looking at the lack of the United States traders from markets, mainly due to the Veterans Day holiday, along with the recent data, US investors have no key event and statistics for publishing on the economic calendar.

Notably, the lowest inflation figures from the United States and the Federal Chairs’ testimony may also force the traders to keep away from the big position before the event.

On the technical side, the USD/JPY currency pair had shown the wrong direction to the buyers of the market during the last 48 hours as you know the pair dropped in 48 hours against the buyer’s expectations. The pair closed above the 200-day M.A. on Monday to fall back below the long-term M.A. in the overnight trade. Consider staying bearish below