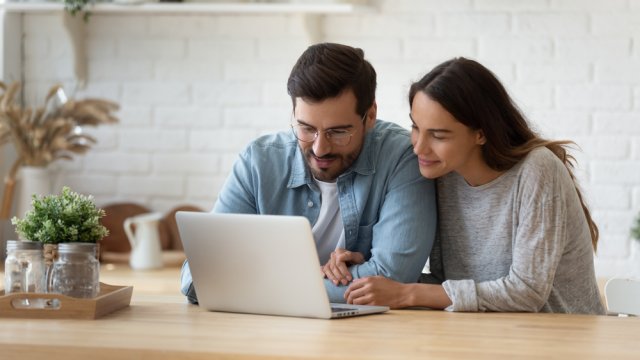 The U.S. dollar, which behaves like a safe-haven asset during political uncertainty & market turmoil, rose to a one-week high against the basket of 6 currencies, but it started to erase its daily gains in late London Session. Tensions between U.S. &China have increased since the coronavirus outbreak, over which both countries have exchanged accusations of cover-ups and lack of transparency with the world. The signs for easing tensions between the two biggest economies of the world are decreasing day by day and have created an uncertain environment in the market weighing on the market.

The EUR/USD pair was closed at 1.09821 after placing a high of 1.09956 and a low of 1.08913. Overall the movement of EUR/USD remained bullish throughout the day. On Tuesday, EUR/USD prices surged and recovered its previous three days’ losses and regained strength in the market on the back of the renewed risk-on market sentiment. The risk appetite after easing of lockdown throughout the world gave strength to the riskier assets like EUR/USD pair and rose them across the board.

The rising hopes for potential coronavirus vaccine added in the risk sentiment and increased expectations for a quick economic recovery. A bid pharmaceutical company, which was the first to make the Ebola vaccine revealed its plans on Tuesday and said that it was working on two potential vaccines and one drug to cure the virus’s infection. The CEO of the company was cautious that it might take a long time to deliver vaccines across the globe.

This raised optimism around the market and raised the bars for riskier assets and moved EUR/USD pairs to recover its previous day’s losses.

On the other hand, in the economic docket, EUR found extra support after the German Consumer Climate from Gfk came in as -18.9 against the expectations of -19.1.

Furthermore, the European Central Bank said that the coronavirus pandemic had amplified the existing vulnerabilities of the financial sector, which will make Eurozone banks face significant losses.

ECB reported that the pandemic had caused one of the sharpest economic contraction in recent history. Still, a wide range of policy measures has been proved helpful in averting a financial meltdown.

On the 4 hour timeframe, the EUR/USD pair is testing triple top level, which is providing resistance around 1.0995 level. Closing of candles below this level may drive selling trades until 38.2% Fibonacci retracement level of 1.0970, and below this, the next support holds around 1.0920, which marks 61.8% Fibonacci area. Overall, 1.0995 is a crucial trading level as above this; the EUR/USD pair may lead it’s prices further higher towards 1.1137. Bullish bias seems dominant today.

The GBP/USD pair was closed at 1.23373 after placing a high of 1.23630 and a low of 1.21807. Overall the movement of GBP/USD pair remained bullish throughout the day. The Pound outperformed on Tuesday and rose to a level 1.236 highest since May 12 on the back of raised optimism about the EU-UK trade deal.

The next round of Brexit talks are due next week, and there have been headlines revolving that British negotiators could seal their first victory in next talks with the E.U. Reports suggested that the European Union was willing to shift its stance on fisheries in the next round of talks with Great Britain next week. If that happens, it would be a significant concession from the bloc in talks with the U.K. on their new relationship after Brexit.

The fisheries were important to the E.U. as most of the fishing takes place in U.K. waters, but the catch goes to E.U. fishers. U.K. wanted to ensure that after Brexit, which will take effect from next year, the U.K. as a newly independent coastal state could be solely in control of its waters and fish.

So far, the European Union has been reluctant to give up U.K. waters and demanded the things to remain the same as they were before in fisheries. However, on Tuesday, an E.U. official said that the bloc’s executive committee, which will negotiate with the U.K. in the name of all 27 E.U. member states, could ease its demand if the U.K. were to move as well.

According to Michel Barnier, surrendering the access to Britain’s fishing waters would be just one of the costs the British government must pay for a trade deal with the bloc. However, he faced pressure from other officials not to surrender to Britain too soon.

The GBP/USD prices traded sharply bullish soaring from 1.2200 level to place a high around 1.2360 level. The resistance level of 1.2360 is extended by an upward channel, which can be seen on the 4-hour timeframe. The 50 EMA is bullish, but the MACD is suggesting odds of selling bias in the GBP/USD pair, perhaps because the Sterling is in the overbought zone. Bullish crossover of 1.2360 level may lead Sterling prices further higher towards 1.2460, while support is likely to be found around 1.2289 and 1.2165. Consider taking buying trades over 1.2292 and selling below the same level today.

The closely watched Consumer Confidence from the United States declined and made the U.S. dollar weak across the board and ultimately dragged the USD/JPY pair on Tuesday. From the Japanese side, at 4:50 GMT, the Services Producer Price Index (SPPI) for the year was dropped to 1.0% against the forecasted 1.3%and weighed on Japanese Yen. At 9:30 GMT, All Industrial activities for March came in line with the expectations of -3.8%. At 10:00 GMT, the Core CPI for the year from Bank of Japan also dropped to -0.1% from the expected 0.0% and weighed on Japanese Yen.

The Governor of Bank of Japan, Haruhiko Kuroda, said that the central bank was ready to ease monetary policy further. To add more stimulus measures, the bank decided to expand its loan programs, cut the rates further, and ramp up the risky asset purchases. In his semiannual testimony to parliament, Kuroda said that Bank of Japan was ready to do whatever it can to ensure markets were stable. He added that the stability of markets was its first importance now because once the pandemic was over, Japan’s economy could resume a solid recovery path.