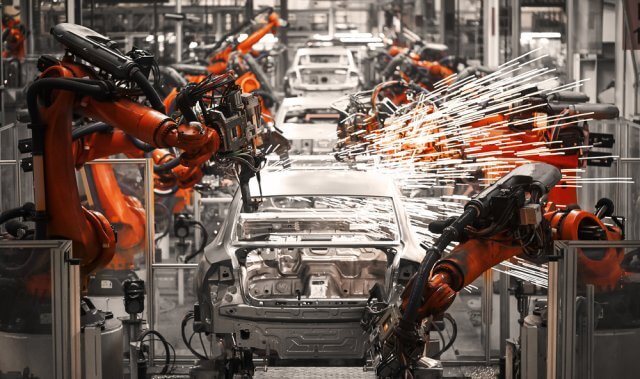 The U.S. dollar was also supported by the re-opening of economies by many countries, including several states of the U.S., which resulted in the risk-on sentiment in the market. Meanwhile, the announcement Trump made against China about imposing tariffs in case China fails to meet the condition of buying U.S. goods worth 200$. On Wednesday

Today in the early Asian session, the EUR/USD currency pair struggling to break a bearish channel around 1.09 after the registered biggest daily drop by 0.67% to 1.0899 level in over a month on Monday due to broad-based U.S. dollar strength.

At 11:45 GMT, the French Government Budget Balance by the French Treasury Agency was released, which showed a deficit of 52.5B. At 12:00 GMT, the Spanish Unemployment Change fell short of expectations of 500K and showed that during April, 282.9K people were jobless. At 14:00 GMT, the Producer Price Index for March showed a decline of 1.5% against the expected decline by 1.3%.

The Factory Orders dropped to a record of 10.3% during the month of March against the forecasted 9.7% decline. However, in contrast to the economic data, the U.S. Dollar Index remained strong during Monday when it gained about 0.4% and it to 99.59 level, which is the highest since Thursday. The key factor will be the NFP data on Friday this week, and investors will be looking forward to it.

U.S. dollar was also supported by the re-opening of economies by many countries, including several states of the U.S., which resulted in the risk-on sentiment in the market. Meanwhile, the announcement Trump made against China about imposing tariffs in case China fails to meet the condition of buying U.S. goods worth $200.

The renewed fears of a trade war between China & the U.S. also helped the greenback to gain traction against its rival currency EUR, and hence, the EUR/USD pair declined on Tuesday. Strong U.S. dollar amid better than expected economic data along with the weak EUR due to German court ruling on Tuesday caused EUR/USD pair to drop to 1.08257 level.

The EUR/USD price trading slightly bearish falling to 1.0837 level after violating the upward trendline at 1.0889. On the 4 hour chart, the EUR/USD has formed a strong bearish engulfing candle, which is proposing selling bias among traders. Typically such a pattern reveals that buyers are weakened, and sellers may control the market. On the downside, the EUR/USD may encounter next support around 1.0835 level and violation of which can open further opportunity for selling until 1.07600 level.

The GBP/USD is currently trading at 1.2428 and consolidates in the range between the 1.2410 – 1.2440. However, the traders are cautious about placing any position due to mixed market sentiment ahead of the U.S. Advance Nonfarm Payroll data, which is coming out during the New York session today.

Furthermore, the Bank of England will hold its official monetary policy meeting in the coming Thursday this week, and investors will be waiting for it. The BoE is expected to keep its interest rates unchanged at 0.10%. However, the speech and briefing will be new to Pound traders.

The pair GBP/USD roughly made a move on Tuesday and rose about only 0.05%. However, Cable has the potential to move in an upward direction and give a strong performance in the coming months. The U.K. & the U.S. talks will take effect from today over the matter of post-Brexit trade deal with E.U. It should be noted that this deal could help economies to recover from the COVID-19 pandemic.

On Tuesday, the International Trade Secretary Liz Truss started the trade talks via video conference with the U.S. trade representative Robert Lighthizer. Pound traders will keep an eye on the talks for further investment.

The drop of GBP/USD pair in the absence of any macroeconomic data and news from Great Britain was caused by the strength of the U.S. dollar across the board. Despite the poor Factory Orders data from the U.S. on Monday, the U.S. Dollar Index rose about 0.4% and remained strong against its rival currencies.

On Wednesday, the GBPUSD pair unchanged and holding mostly above 1.2435, testing a triple bottom pattern around 1.2425. The recent Doji pattern on GBP/USD pair is suggesting chances of bullish correction over 1.2425 support level. This may lead the GBP/USD prices towards 1.2515 level. On the lower side, the violation of 1.2420 support can lead the Sterling prices towards the next target level of 1.2316. Overall, the trading bias of GBP/USD is neutral right now, but the violation of 1.2420 can drive selling until the next support level of 1.2345 and 1.2310 level today.

The USD/JPY currency pair finally broke out of trading ranges to trade at the 106.530marksk and recovered almost 25 pips from the initials low. The risk-on market sentiment is keeping the Japanese yen under pressure and provided support to the pair. On the other hand, the broad-based U.S. dollar weakness kept a lid on any gains in the currency pair.

The USD/JPY is trading at 106.35 and is consolidating in the range between the 106 – 106.80. However, traders are cautious about placing any strong position ahead of the fresh catalyst. The reason behind the recovery of the risk sentiment is the sign of easing lockdowns, which provided a positive mood around the equity markets. As in result, the Japanese yen became weaker in the wake of decrease safe-haven demand and seen as a key factor behind the pair’s modest uptick.

Moreover, a drop in the rate of virus-led fatalities has also helped in risk recovery sentiment. At the USD front, the U.S. dollar lost its bullish traction and struggled to gain any follow-through traction on Tuesday. The weak U.S. dollar was considered as a barrier to restrict currency pair’s gains at least for now.

Anyhow, the currency pair stopped its 2-day decline streak, and now it will be interesting to see if the buyers can maintain the move due to the concerns about a US-China spat about the origin of the coronavirus.

Looking forward, the market traders will now keep their eyes on the U.S. economic docket, which will release the ISM Non-Manufacturing PMI. This coming data will likely influence the USD price moves and produce some short-term trading opportunities.

The technical side of USD/JPY has turned bearish as the pair continues to trade bearish after violating the symmetric triangle support level of 106.700. As we can see in the 4-hour chart above, the USD/JPY pair has crossed below the symmetric triangle, which is now extending resistance around 106.650. The 50 M.A. is also keeping pressure on the pair around the same level of 107.050. Below this level, we may see a selling trend in the USD/JPY pair until the next target levels of 106