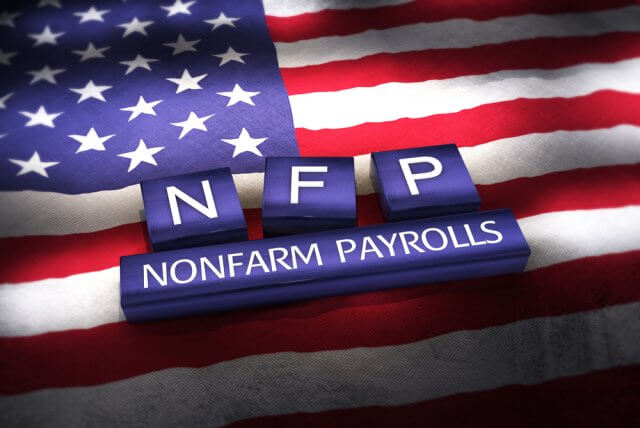 The broad-based U.S. dollar drew offers on the day, possibly due to the modest upbeat trading sentiment backed by the hopes of further stimulus and upbeat outcome of the global PMIs. However, the losses in the greenback could be short-lived or temporary as the second wave of coronavirus continuously picking up pace in the U.S., which boosts the safe-haven demand in the market.

Although, the losses in the U.S. dollar turned out to be one of the key factors that kept a lid on any additional losses in the gold prices as the price of gold is inversely related to the price of the U.S. dollar. Whereas, the U.S. Dollar Index that tracks the greenback against a basket of other currencies dropped 0.04% to 97.118 by 11:30 PM. Brace for U.S. NFP figures today.

The U.S. Fed chairman, Jerome Powell, provided a gloomy and unexpectedly uncertain outlook for the biggest economy of the world, which weighed on the U.S. dollar and supported the EUR/USD currency pair.

Later today, the course of the breakout will probably be determined by the U.S. payrolls release, which is anticipated to confer the economy appended 3,000K jobs in June following May’s 2509K expanding. The unemployment claims, too, are projected to grow to 7.7% in June from 7.3% in May. Meantime, Average Hourly Earnings are supposed to have grown by 5.3% year-on-year in June, indicating a strike from May’s increase of 6.7%.

The EUR/USD is trading below a strong resistance level of 1.1285 level, closing candles below this level, and suggesting chances of selling bias until the 1.1218 level. Continuation of selling trend under 1.1280 level can extend bearish movement unto 1.1195 level today. Alternatively, a bullish breakout of the 1.1285 level can continue buying until the 1.1350 level. Mixed sentiments play as investors are waiting for the U.S. NFP and Unemployment figures, which are due later today.

During the Asian session, the GBP/USD takes stairs to 1.2485, up 0.06% on a day, while heading into the London open on Thursday. The Cable lately profited from the U.S. dollar’s lazy moves ahead of the key U.S. jobs announcement for June. Nevertheless, Brexit distress and concerns of more job declines in the U.K. have shielded the quote’s immediate bullish move.

The lack of consensus over the key Brexit concerns forced German Chancellor Angela Merkel to respond, “The European Union (E.U.) obliges to be equipped for the probability that they may not be ready to meet an alliance with the United Kingdom (U.K.).” This major news exhibits the downbeat performance of the EU-UK exit discussions in Brussels. Besides acting as the Brexit-negative sign could be the news from the U.K. Express indicating that higher than 300 EU vessels will be counted as an attack of British waters following no-deal departure.

According to Haldane, the risks of the economic outlook were considerable and two-sided. He added that the risks were more evenly balanced in June than in May and remained skewed. The views that the U.K. economy was on track for V-shaped recovery gave strength to the British Pound and pushed the GBP/USD pair on the upward track.

The strong rebound in the Pound could also be attributed to the little signs of progress on the latest post-Brexit talks. E.U. Negotiator Michel Barnier criticized Britain for choosing not to extend the deadline for the transition period that will end on Dec.31. He also said that Britain was trying to secure as many single markets as possible while showing little compromises on key sticking points, including the level playing field, security, and fisheries.

On the U.S. front, the course of the breakout will probably be determined by the U.S. payrolls release, which is anticipated to confer the economy appended 3,000K jobs in June following May’s 2509K expanding.

The GBP/USD is trading with a bullish bias as the dollar is getting weaker ahead of the U.S. NFP figures. The GBP/USD is trading at 1.249 level, and it’s finding immediate support at 1.2478 level. Closing of candles above 1.2478 level can open further room for buying until double top resistance level of 1.2530 level. While, the bullish breakout of 1.2530 level, can drive further buying in Cable until 1.2620 level. The RSI and MACD show bullish bias as the MACD and RSI are holding in a buying zone. Let’s consider taking a buy trades above 1.2441 level today.

The Japanese yen saw significant outflows into overseas investments towards the end of the month but could all come back on the risks of a second wave impact on U.S. stocks. Some states in the U.S. have reversed the reopening of economies and closed their businesses on fears of a second wave of coronavirus. The U.S. Federal Reserve Chairman Jerome Powell warned on Tuesday that the second wave of coronavirus outbreak would damage consumer confidence and weaken the economy.

He was cautious that during the second outbreak, the government and people could withdraw again from the economic activity. He added that the worst part of the second wave would be the downward impact on public confidence, which could play a crucial role in getting back to economic activity.

In Republican Arizona, gyms bars, movies, and theatres and water parks were shut down for at least 30 days. These institutions were reopened in middle May, but after the rise in the infected cases across the country, the government announced to shut them down.

The health care professionals in Houston have urged residents to remain at home, wear masks, and cancel gatherings in the wake of intensified virus cases. The residents of Houston also received an emergency alert on their phones to stay home as virus infections have spiked in the town. Later today, the focus will stay on the U.S. NFP to determine further moves in the USD/JPY pair.

On Thursday, the USD/JPY is trading with a bearish bias of around 107.560. On the two-hourly charts, the USD/JPY is gaining bullish support from the regression channel. Channel is expected to support the USD/JPY pair around 107.420 while crossing below this level can open up further room for selling until 107 and 106.850 level. The 50 EMA will also be supporting the Japanese pair at 107.300 level. However, the MACD and RSI are suggesting selling bias. Let’s keep an eye on 107.400 level to buy above and sell below this level. Good luck!