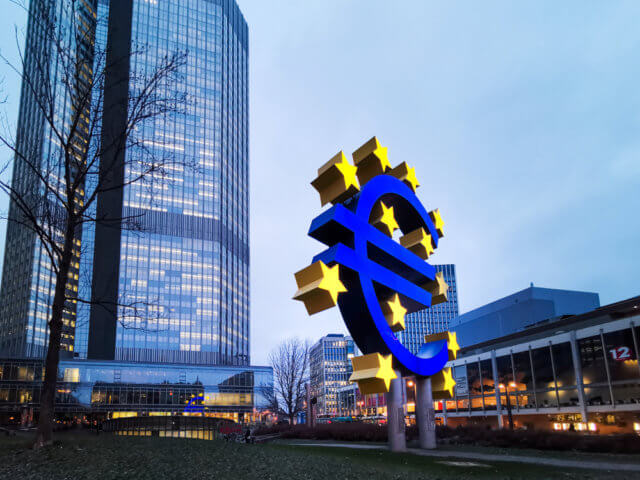 The U.S. dollar strengthened versus its major peers for a second straight session, with the ICE Dollar Index bouncing 0.2% on the day to 96.60. The European Central Bank will announce its key policy rates (deposit facility rate at -0.5% expected). The European Commission will report January industrial production (+1.5% on month expected). During the U.S. session, the U.S. Labor Department will release February PPI (+1.8% on-year expected), and initial jobless claims in the week ended March 7 (220,000 expected).

The EUR/USD fell 0.2% to 1.1263. It is reported that the European Central Bank President Christine Lagarde told European Union leaders that Europe is facing a major economic shock, and that ECB is looking at all of its tools for the monetary policy meeting due later today.

There are so high chances of a slowdown in the Eurozone, especially in Germany, in the wake of dangerous coronavirus. So, possibly the European Central Bank will go with another stimulus measure on Thursday to soften the economic fallout, which may hurt the shared currency very well.

Considering the slowdown in the economy, the markets are expecting a cut in the deposit rate, which currently stands at -0.5%. Therefore, the EUR could see a sharp rise if the central bank keeps rates unchanged. The traders are keenly awaiting the ECB rate decision to take new directions. The Italian Quarterly Unemployment Rate, Industrial Production m/m, Italian 10-y Bond Auction also will be key to watch.

The EUR/USD is currently trading around 1.1305, and it’s forming lowers low pattern on the 4-hour chart, which mostly drives a continuation of a selling trend. On the lower side, a continuation of a selling bias can extend sell-off until 1.1200 and 1.1095. While the bullish breakout of 1.1350 can drive more buying until 1.1454 area. Consider staying bullish over 1.1275 and bearish below the same level today.

The GBP/USD dropped 0.7% to 1.2817. The Bank of England slashed its benchmark rate by 50 basis points to 0.25% after a special meeting, citing economic shock from the coronavirus. On the other hand, official data showed that the U.K.’s GDP growth was flat on month in January (+0.2% estimated), and industrial production declined 0.1% in February (+0.3% expected).

Whereas, the U.S. 10-year Treasury yields failed to continue the previous day’s run-up, current down by 8-basis points (bps) to 0.67%.

At the U.K. front, there are fewer chances that the British PM Johnson will announce any major stimulus after the BOE joined the budgetary push to defeat the virus the previous day. However, Traders should wait for the final announcement because we all know that the Tory leader is famous for providing surprises.

Looking forward, the US PPI and Jobless Claims will likely entertain the momentum traders. The overall PPI was likely lower due to the weakening in energy prices, similar to the pattern in the CPI (TD -0.2%). The core measures were probably moderately weak as well after the above-trend readings in January.

On Thursday, the GBP/USD continues to trade in a bearish mode due to the BOE rate cut decision. The GBP/USD has dropped further after violating the immediate support level of 1.2850, which is now working as a resistance.

Continuation of a selling trend can lead the GBP/USD prices towards 1.2740 and 1.2720. On the higher side, the GBP/USD is likely to trade bullish until 1.2840 level, and bullish breakout of which may drive further buying until 1.2910 level. The MACD is consistently forming bearish histograms below zero, supporting the selling trend in the GBP/USD pair, which is why we should consider selling below 1.2825 today.

The USD/JPY currency pair hit the bearish track and dropped below the 104.00, mainly due to a sharp decline in the equity market. U.S. President Donald Trump failed to ease the fears about intensifying coronavirus slowdown in the global economy, which later boosted the safe-haven Japanese yen and sent the USD/JPY pair lower near the 103.30. As of writing, the safe haven pair is trading at 107.30 and consolidates in the range between the 103.09 – 104.81.

Trump said during his speech that the U.S. would ban all flights from Europe to the U.S. for the next 30 days effective Friday at midnight. While also says that travel bans will not apply to the U.K., He said that the U.S. would take emergency action to provide financial relief for workers who are ill, hospitalized, or caring for others due to coronavirus. Whereas also says that we will provide capital and liquidity to the small firms which are affected by the coronavirus, provide low-interest loans as well. Trump promised to provide $200 billion in additional liquidity in the fight against coronavirus.

As we already mentioned that the investors were expecting a more potent stimulus and sold risk after Trump’s speech. The S&P 500 futures, which traded 0.5% lower ahead of President’s address, are now reporting a 2.4% decline. Meanwhile, the yield on the U.S. 10-year Treasury registering losses by 5-basis points at 0.76%.

The USD/JPY is trading at 103.800 and has already violated the double bottom support level of 104.100. Closing of 4-hour candle below this level confirms the chances of further selling in the pair. The recent candle on the 4-hour chart is bearish engulfing in nature as it’s covering the full body of the precious candle, and it signifies the chances of further selling in the USD/JPY pair.