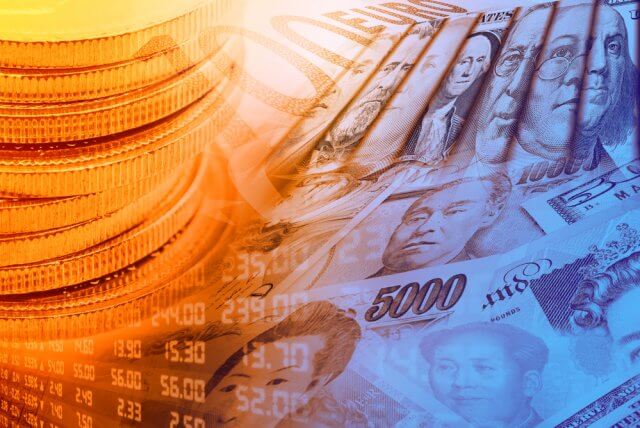 On the news side, the CPI figures from the U.K. and Canada will be in focus. These may impact the GBP and Canadian related pairs today. Besides, a major focus will remain on the Fed Chair Powell Testimony, while he isn’t expected to do any change with an interest rate, but the recent series of positive data can make dollar bullish.

The EUR/USD closed at 1.12637 after placing a high of 1.13532 and a low of 1.12276. Overall the movement of the EUR/USD remained bearish throughout the day. After touching a daily high of 1.1353 during the European trading hours, the EUR/USD pair reversed its run in the second half of the day and ended its day with losses. The pair moved into a consolidation phase after dropping 100 pips on Tuesday and posted a daily low below 1.1228.

Furthermore, the rising Treasury bond yields during the American session gave strength to the U.S. dollar after the release of U.S. economic data. The Dollar Index also rose along with the Wall Street Journal. The main indexes if WSJ opened a sharp higher and made the market move higher.

Meanwhile, the U.S. economic docket released the U.S. Retail Sales data for May on Tuesday, showing that the Retail Sales in May increased by 17.7% against the expected 5.5% and supported the U.S. dollar. The stronger U.S. dollar dragged the pair EUR/USD towards its daily lows. The U.S. Dollar Index rose by 0.4% on the day near 97.01, and the 10-year U.S. Treasury bond earned around 3.7% near 0.75%.

After the release of U.S. economic data, the EUR/USD pair started to follow and then remained depressive throughout the day. Jerome Powell, the Chairman of Federal Reserve, commented on the data and said that the Sales figure showed an increase in demand. However, Powell stressed that full economic recovery was uncertain until the public had confidence that the COVID-19 pandemic had controlled.

On Wednesday, European traders will look forward to the release of the Consumer Price Index from Europe, and later in the day, Powell’s testimony will continue for the second day of the semi-annual monetary policy report.

The EUR/USD is trading at 1.1340, having violated the double top resistance level of 1.1280 level. The extension of a bullish trend can lead the EUR/USD prices further higher until the next target level of 1.1330 level. The MACD and RSI are suggesting bullish bias in the pair, and this bullish bias can help traders to capture a quick buy trade over 1.1270 level today until the next target level of 1.1380, only if 1.1330 gets violated. While support stays at 1.1280 and below this, the next support will stay around 1.1267.

The GBP/USD closed at 1.25722 after placing a high of 1.26873 and a low of 1.25524. Overall the movement of GBP/USD pair remained bearish. The pair in its earlier trading hours on Tuesday moved higher and followed the previous day’s trend and surged to 1.26800 level on the fresh hopes about Brexit negotiations. However, the gains were changed into losses after the concerns related to the second wave of coronavirus infections rose and strengthened the safe-haven U.S. dollar against its main rivals like GBP.

The pair rose on Monday and earlier Tuesday after the optimism surrounding Brexit talks emerged. The U.K. & E.U. committed to approaching the next meeting with new energy and aimed to avoid an unorderly exit from the bloc in December. The Unemployment Rate from the U.K. supported the surge in GBP on Tuesday. The unemployment rate in the U.K. during April decreased from 4.7%of expectations to 3.9% and supported Pound.

However, the pair GBP/USD started to move in the opposite direction after the release of Claimant Count Change that was closely watched by the investors on Tuesday. In May, 528.9K jobless benefits claims made in Great Britain against the expected 405.3K that depressed the GBP and dragged the pair GB/USD with itself.

The U.S. dollar also remained stronger across the board due to multiple factors. One included the better than expected U.S. economic data release included Retail Sales. The Retail Sales in May increased to 17.7% from the expected 5.5% and supported the U.S. dollar.

The downfall of the GBP/USD pair could also be attributed to the political front where no news came out of the recent round of talks between PM Boris Johnson and E.U. commission.

Later in the week, the Bank of England rate decision will also release in which another massive increase in quantitative easing is expected. There are chances of some talks about negative interest rates by Governor Bailey, given the upside-down condition of the market.

The Bank of Japan kept its monetary policy steady on Tuesday and signaled that it had taken enough steps in support of economic growth. BoJ has stuck with its view that the economy will gradually recover from the pandemic. BoJ, in its monetary policy meeting, increased the nominal size of its lending packages for cash strapped firms to $1 trillion from about $700 billion announced last month.

The increased lending program from Japan added strength to the Japanese Yen and dragged the pair USD/JPY on Tuesday. While the Chairman of Federal Reserve Jerome Powell warned on Tuesday that the U.S. economy was facing a deep downturn with significant uncertainty about the time and strength of a recovery. He was worried that the longer the recession would last, the worse the damage would be on the job market and businesses.

Powell, in his testimony to Congress, stresses that the Fed was committed to using its all financial tools to lessen the economic damage from the coronavirus crisis. But he was concerned and said that until the public was satisfied that the virus has been contained, the chances for a full recovery were unlikely. He also warned that a downturn for a longer period could impose severe damage, especially to low-income workers who already have been hit hardest.

On Wednesday, the USD/JPY continues to follow previously discussed technical levels. The Japanese pair is trading sideways as it failed to break above an immediate resistance level of 107.580. This level is working as resistance for USD/JPY, and the 50 periods EMA is also prolonging strong resistance at 107.580 zones while immediate support lingers nearby 106.600. The bearish trend in the USD/JPY pair can trigger a sell-off unto the next support level of the 106.017 level today. Let’s wait for the USD/JPY to test the 107.650 level before entering a sell in the USD/JPY.