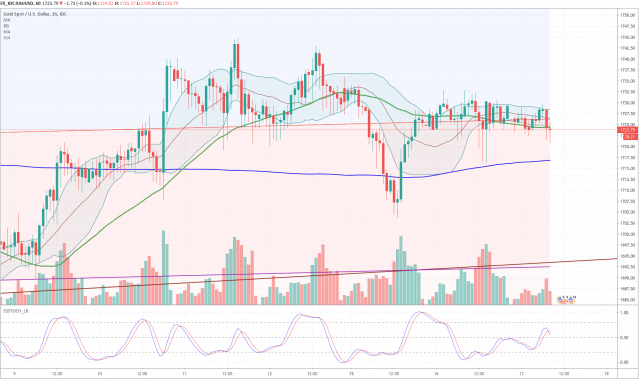 XAUUSD had a bounce off its lows that began on Jun 15 at 13:00 the bounce re3ached the $1730 level and began to move sideways, making lower lows. The last interaction made an evening star with a large bearish candlestick. We think this is a good short setup to scalp with a target at the current 200-hour SMA for a nice and fast reward. The R/r factor is just 1 but the odds of the pair going south are very high, which makes the trade appealing. We see also that the Stochastics made a crossover to near the middle of the range, suggesting an increased bearish momentum.