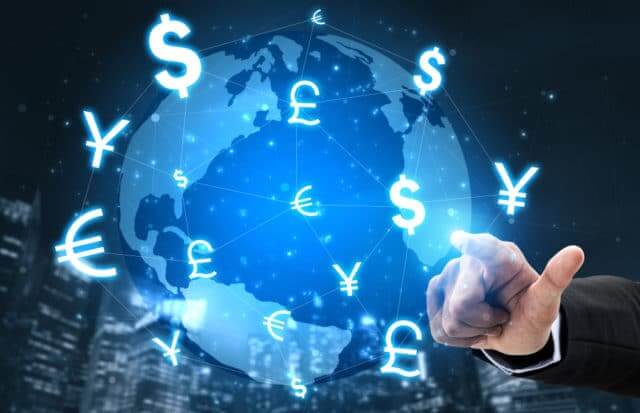 The sentiment was lifted after Chinese President Xi Jinping called for Beijing and Washington to strengthen communications.

The EUR/USD currency pair flashing red and will likely hit the bearish level below 1.10 on the day if the German IFO data ignore expectations.

As of writing, the EUR/USD currency pair dropped from 1.1058 to 1.1014. At the end of the week, the EUR/USD was seen trading as a bearish at 1.1097, in the wake of mixed German PMIs and the dismal Eurozone PMIs. It should be noted that European Central Banks President Christianne Lagarde said the global economic uncertainty is high and asked for a fiscal boost, as required.

The recent bearish high setup will likely retest of 1.10. The pairs bearish sentiment is likely to be stronger due to the fading United States and China’s optimism. Whereas the United States and China phase-one trade deal seems not to happen soon, by the way, both nations struggling to reach on a positive outcome. Notably, the German economy has paid a heavy price for the year-long trade tensions.

The greenback found on the bullish track in the wake of unexpectedly better U.S. Markit PMIs and a bullish revision to the University of Michigan consumer sentiment.

According to the situation, there are very low reasons for the shared currency traders to take a buying under the single currency on the day, and the support at 1.10 will be likely to be failed if the German IFOs miss expectations, which is scheduled to release 09:00 GMT.

That German economy is suffering recession risk is generally accepted by now. So, the forward-looking IFO – Expectations (Nov) index will take priority over the Business Climate and the Current Assessment number. The Expectation index is seen reading at 92.5 against 91.5 in October.

The EUR/USD traded as we forecast to drop to 1.1010 level after forming a bearish hammer candle during the previous week. For the moment, the EUR/USD is trading at 1.1020 level and has developed a bullish engulfing pattern on the 2-hour chart. It’s suggesting strong chances of a bullish reversal until 1.1040 and 1.1060 the 38.2% and 61.8% Fibonacci resistance areas. Let’s consider staying bullish above 1.1015 level today to target 1.1050.

The GBP/USD currency pair found on the bearish track and currently trading at 1.2850. The Cable pair got the support from the polls showing a hike in Tory support for the December snap election before losing ground due to doubts arising from the ruling party’s latest announcement.

During the weekend, the United Kingdom Prime Minister Boris Johnson released the ruling Conservative Party’s announcement that offers many austerity measures apart from smooth Brexit. Notably, the party’s commitments regarding a National Healthcare System (NHS) budget by £33.9 billion by 2023-24, an offer of 50,000 nurses and not to increase rates of income tax, national insurance or VAT till the next five years took significant attention.

However, the latest series of polls keep the Conservatives at the front seat with more than 10% points of a lead over other parties.

The GBP/USD currency pair was found on the strong bearish track on Friday, mainly due to preliminary figures of activity number keep portraying the markets Brexit fears. On the other side,

the same conflicts with the United States statistic that kept the U.S. dollar.

At the greenback front, the strong buying in the greenback came mainly due to optimism surrounding the United States and China trade deal after the United States President Donald Trump said that the trade deal with China is very close. Although the confidence remains under check with the Donald Trump administration’s willingness to take a good look at the Hong Kong bill, which in turn could resume the conflict between the U.S. and China, whereas also negatively affecting the trade negotiations.

The United Kingdom CBI Distributive Trade Survey and the United States Chicago Federal Reserve National Activity Index, as well as the US Dallas Fed Manufacturing Index, will keep under the spotlight. Moreover, the market will keep their eyes on the trade and political headlines for fresh impulse.

Lets us reckon Nov’s low of 1.2769 as it supports the GBP/USD around the same level if 1.2825 level gets violated. Consider staying bearish below 1.2895 level today.

The market’s focus, as described in this week’s Asia open. Recap of latest progress as risk-on tones appear with trade wars and Brexit. The fresh news is slightly more favorable for risk appetite, possibly reducing the Japanese yen’s progress for the time being with USD/JPY moving between 108.48 and 108.76 on Friday.

For the U.S. calendar, we have the Producer Price Index and Consumer Price Index data, which analysts at T.D. Securities said suggest core PCE inflation could remain steady at 1.7% YoY in October, even after a notable MoM increase in healthcare prices. On the other hand, headline PCE likely rose a tenth to 1.4% YoY. Separately, we expect personal spending to advance 0.2% MoM for a 3rd-consecutive month in October, with a firm increase in services spending leading the upside.

The USD/JPY is trading at 108.700, and it has just violated the triple top resistance area of 108.600. The closings of bullish candles above 108.600 level are extending support to the safe-haven currency USD/JPY. With this, the market opens further room for buying until 109.090 for the USD/JPY pair. Besides, the MACD and RSI are still holding in the bullish zone.