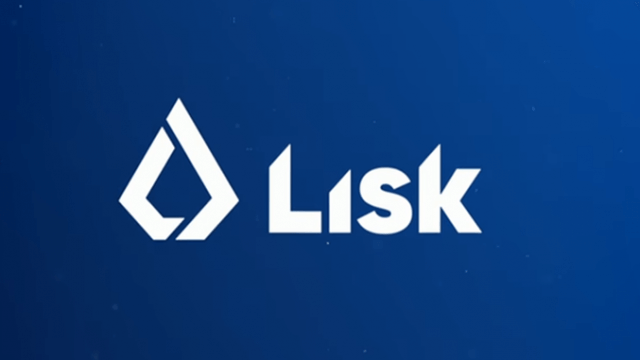 Bitcoin was about taking power from centralized finance systems. Thanks to the vision of Satoshi Nakamoto, individuals can own a currency that cannot be censored, controlled, or frozen by anyone. And now, ten plus years after their groundbreaking currency, Satoshi would be gratified to know that their idea is coming true in other facets of our society.

Bitcoin’s driving technology, blockchain, is being harnessed for a raft of industries. But one area that’s not so obvious is the one for decentralized applications (DApps). DApps are a new kind of apps not controlled or regulated by any single entity.

They are the polar opposite of traditional applications whose developers are at the whims of centralized entities.

Lisk is hoping to change this by empowering developers all over the world with the means to earn from their work. Let’s get a closer look at how it plans to make this happen.

Launched in May 2016, Lisk is an open-source and blockchain-based platform that aims to make blockchain technology more accessible for developers to build decentralized applications (DApps). It does this by employing side chain technology.

Lisk aims to address the problem developers face when creating applications using blockchain. Developers work so hard but are usually under the mercy of centralized entities (such as Google Play and Apple’s App Store), which get the largest share of revenues.

Lisk aims to correct this by creating a decentralized platform that will allow developers to deservedly earn from their work. Also, instead of using a proprietary coding language, Lisk utilizes JavaScript, the most well-known, so as to accelerate development to make it easier for developers to join the platform.

How Does Lisk Work

Lisk is a platform that lets developers create decentralized applications ((just like Ethereum or NEO). However, Lisk distinguishes itself in several ways.

For instance, Ethereum uses Solidity, a language unique to it, thus requiring developers who wish to use the platform to learn a new language. Also, the platform is majorly dedicated to smart contracts. This ingrained code means third parties have to operate as front-end applications.

Sidechains are independent blockchains that connect to the main blockchain without interfering with its performance. This creates interoperability that enables users to perform previously impossible tasks such as transferring your tokens directly between chains. For developers, sidechain tech allows them to customize things like consensus algorithms, testnets, and asset tracking.

Many side chains feature just one blockchain (e.g., Bitcoin) or are developed for private blockchains. Lisk wants to combine these to create the best solution: maintain security with side-chain flexibility. Developers can create their own blockchain – which will function as a sidechain, while Lisk maintains the mainchain – which is secured by 101 delegates. As such, were a side chain to go down, the network and the main chain would not be affected.

How is Lisk Different?

Lisk seeks to make blockchain tech more accessible to developers. To this end, they’ve created a set of blockchain developing tools based on JavaScript. The platform wants to achieve a high-level user experience and offer unprecedented developer support.

By bringing together the capacity of the main chain with open-source blockchain development kits, developers have the free rein to create exciting, convenient, and accessible digital apps. They can then make the apps available as a package in a decentralized app repository. The LSK token is used to power transactions and services on the Lisk blockchain.

Lisk uses a delegated proof of stake mechanism that works as follows. Anyone can become a delegate by registering an account on the network. With this account, you can easily collect votes from any LSK holder. 1 LSK token is equal to 1 vote, and an LSK holder can vote with their current LSK holdings.

The 101 delegates with the most votes get to add new blocks on a blockchain and, by so doing, secure the network. These delegates are said to be on an “active” mode. The rest of the delegates are on “standby.” Also, the order of the active and the standby delegates is constantly changing.

Lisk is led by a vibrant team led by Max Kordek and Oliver Beddows. Kordek is President/CEO and co-founder. He has been an avid follower of blockchain,  and he gathered a lot of insights on the technology for years before creating Lisk. He’s also an ardent fan of science fiction.

Beddows is Vice President/CTO and Founder. He has 12 years of development experience under his belt, and he believes blockchain is a powerful tech that can change the world for the better.

Where to Buy and Store LSK

You can find Lisk in a variety of exchanges, including Binance, Poloniex, Bittrex, HitBTC, Coinswitch, Kraken, Cointree, KuCoin, YoBitNet and Huobi. For the majority of the exchanges, you’ll need to first purchase BTC or ETH and then exchange it for Lisk.

Lisk has a Wallet available for both desktop and mobile. The desktop version allows you to vote for delegates as well as monitor the Lisk blockchain: inspect delegates, monitor transactions and blocks, and so on. Lisk also recommends these third-party wallets: Trezor One, Trezor Model T, Ledger Nano S, and Ledger Nano X.

Lisk is a blockchain project that’s actualizing the Bitcoin dream – taking power from centralized systems and handing it back to the people. For too long, talented and hard-working developers have had to cede to corporate machines, which take the lion’s share of the revenue from their hard work.

Lisk is about to change this by creating a decentralized platform where developers can utilize a set of powerful tools to create decentralized apps and take back their earning power. Also, its use of JavaScript will help it cultivate a user base of millions of already trained developers, and has the potential to thrust it to the forefront of the blockchain space. It’s certainly one to watch.