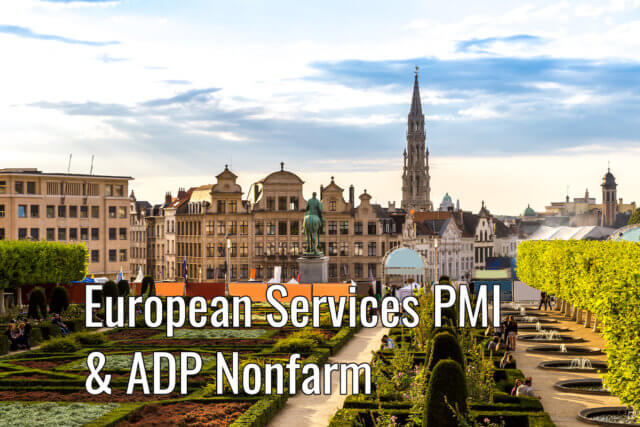 On the forex front, the U.S. dollar weakened against other major currencies, dragged by the Fed’s emergency rate cut. The ICE U.S. Dollar Index fell 0.2% on the day to 97.14. Most of this came in response to the U.S. Fed fund rate cut on Tuesday

The EUR/USD rose 0.4% to 1.1179, posting a four-day rally. Official economic figures revealed that the eurozone’s jobless rate was steady at 7.4% in January, and CPI grew 1.2% on year in February, both as expected.

The EUR currency performed as a safe-haven currency during the recent periods of Coronavirus. This is evident from EUR/USD’s near 90-degree surge from 1.0788 to 1.12 seen in the last 8- trading days. Therefore, the EUR currency will likely decrease further if the risk sentiment improves, allowing a big decline in EUR/USD. As in result, the futures on the S&P 500 are reporting a 1.2% gain.

The EUR/USD is trading upward near 1.1179, as the pair seems to trade in the overbought zone. Bulls seem to get exhausted, and sooner or later, the EUR/USD may drop to complete the bearish retracement. On the lower side, the 38.2% Fibonacci retracement is likely to support the EUR/USD at 1.1109, and violation of this level can drive more selling until 1.1085 which marks the 61.8% Fibonacci level.

The RSI and MACD are in the buying zone but seems to take a bearish. The MACD’s histograms are becoming smaller on the buying side, which suggests the odds of selling in the EUR/USD. Consider taking buy trades above 1.1119.

The Asian markets got supported by the decisions of the nation of fiscal measures that their Western counterparts, like the Federal Reserve, which recently delivered the rate cut. While portraying the risk-recovery, the MSCI’s gauge of Asia-Pacific shares outside Japan registers 0.80% gains with Japan’s NIKKEI marking 0.40% profits by the time of writing.

Moving on, the investors will now keep their eyes on the coronavirus headlines as well as the related actions from the global policymakers for fresh impulse.

On the economic front, final readings of the U.K. Services PMI for February, expected 53.3, followed by the US ISM Non-Manufacturing PMI, forecast 54.9 against 55.5 prior, will be key to watch.

The GBP/USD is rangebound, mostly trading in between 1.2850 – 1.2750 area. However, the GBP/USD overall trading bias remains primarily bearish. So far, the pair is forming neutral candles within this range, as it seems like investors are waiting for a solid reason to determine the next trends.

The GBP/USD’s immediate support is likely to be found around 1.2755, and below this level, the GBP/USD may aim for the 1.2660 area. The MACD and RSI are in the selling zone, supporting the bearish bias for the GBP/USD. Let’s look for short-trades below 1.2781 and bull trades above the same level today.

The USD/JPY currency pair flashing green and hit the bullish track from the 5-month lows mainly due to the uptick in the Asian equities, although, the bullish trend has been capped nearby 107.50 recently. But for now, the currency pair is currently trading at 107.59 and consolidates in the range between the 106.86 – 107.69.

At the equities front, the Major Asian indices, except Australia’s S&P/ASX 200, are reporting modest gains at press time. Asian investors seem to have taken heart from the decision by the U.S. Federal Reserve (Fed) to cut rates by 50 basis points, the single biggest cut in over a decade.

Moreover, the U.S. yields have recovered slightly from the lows seen after the U.S. Fed’s rate cut. The 2-year yield is currently trading at 0.68%, representing a seven basis point gain on the overnight low of 0.61%, and the 10-year yield has recovered to 0.98% from $0.91%.

As in result, the safe-haven demand for the yen has weakened in Asia. As we already mentioned that the USD/JPY pair is currently trading at 107.27, representing a 0.17% gain on the day, having hit a high of 107.52 a few minutes before press time.

We see on the 4-hour chart, the USD/JPY has created a bearish engulfing pattern under 108.350, which could trigger further selling until 107.338. We need to pay attention to the USD/JPY as the closing of candlesticks above 108.338 level can provide us with a secure buy trade with a take profit of around 109.650.