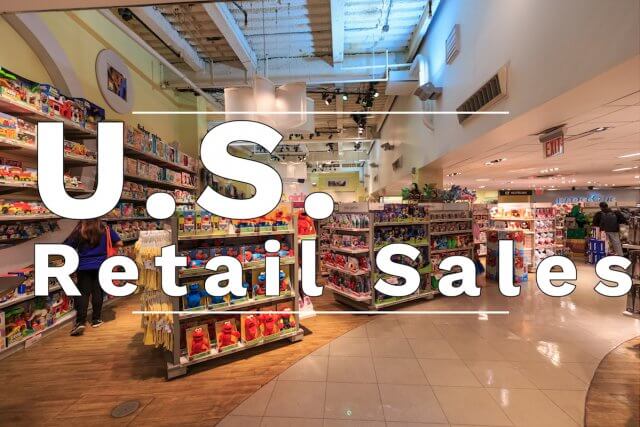 On the news front, the eyes will remain on the U.K. Jobless Claims and U.S. Retail sales data. Both of the events are expected to perform better than before, but traders are highly doubtful due to lockdown, the numbers can get worse and drive selling trends in the GBP during the European session and USD during the New York session. The yield on U.S. 10 year Treasuries jumped as traders favored risk to the safety of bonds. Furthermore, on Tuesday, Fed Chair Jerome Powell will testify before the virtual hearing of the Senate Banking Committee, and traders will look forward to it for fresh impetus.

The EUR/USD pair closed at 1.13255 after placing a high of 1.13323and a low of 1.12263. Overall the price action of the EUR/USD remained bullish throughout the trading day, although the EUR/USD pushed lower at the end of last week. After the risk sentiment increased on Monday, the pair EUR/USD reversed its movement and started posting gains.

In earlier sessions’ the U.S. dollar was strong, which kept a lid on EUR/USD pair’s upward movement, but in the late session, the U.S. dollar lost its pace, and the currency pair EUR/USD started to move higher. The U.S. Dollar Index, which gauges the value of the U.S. dollar against the basket of six currencies, spent most of its day in positive territory above 97.00 level but it turned negative in the second half of the day and helped EUR/USD to start posting gains.

On the data front, at 14:00 GMT, the Trade Balance from Eurozone showed a surplus of only 1.2B against the expected 20.3 B in April and weighed on Euro. From the American side, the only data from the U.S. was New York’s Empire State Manufacturing Index, which rose to -0.2 from the expected -30.0 and supported the U.S. dollar.

In the Late session on Monday, Federal Reserve announced that it would begin broad buying of corporate bonds and debts, which boosted the risk appetite in the market and perceived EUR. The air EUR/USD recovered almost all of its previous day’s losses on the back of U.S. dollar weakness after the Fed’s announcement.

According to the Fed, it would start purchasing investment-grade U.S. corporate bonds in a view to secure companies and ensure credit market liquidity due to coronavirus crisis. After this news, risk sentiment was back in the economy, and the EUR/USD pair moved higher. After the Fed announcement, the yield on U.S. 10 year Treasuries jumped as traders favored risk to the safety of bonds. Furthermore, on Tuesday, Fed Chair Jerome Powell will testify before the virtual hearing of the Senate Banking Committee, and traders will look forward to it for fresh impetus.

The EUR/USD pair is trading at 1.1340, having violated the double top resistance level of 1.1328 level. The continuation of a bullish trend can lead the EUR/USD prices further higher until the next target level of 1.1380 level. The MACD and RSI are suggesting bullish bias in the pair, and this bullish bias can help traders to capture a quick buy trade over 1.1328 level today until the next target level of 1.1380. While support stays at 1.1328 and below this, the next support will stay around 1.1267.

The GBP/USD pair was closed at 1.26059 after placing a high of 1.26063 and a low of 1.24539. Overall the movement of GBP/USD pair remained bullish throughout the day. The Pound jumped from session lows against the dollar on Monday as the U.K. & Brussels agreed to boost up post-Brexit talks. PM Boris Johnson gave hope that the end of next month could reach an outline of a deal.

The lack of progress in negotiations following the latest round of talks between the U.K. & European Union, PM Boris Johnson said that he would personally work with the E.U. to find common ground to break the deadlock. Britain left the European Union in January, but it is still under transition period until 2020 when it should strike a deal over its future trade, travel, security, and financial relations with Europe. Many rounds of trade talks between trade representatives from both parties failed to secure a deal, and then PM Boris Johnson decided to do it himself.

On Monday, PM Boris Johnson held talks with Brussels chief Ursula von der Leyen, and Charles Michael as the European Union finally acknowledged the rejection of the U.K. overextension of the transition period. Both parties have agreed that new momentum in the countdown period to secure a deal was required. Brussels formally accepted that the U.K. would not seek an extension to the transition period, and both parties agreed on work to conclude an agreement by the end of the year. It means both parties are hopeful that an agreement could be reached before the year-end.

The PM Boris Johnson added on Monday after his video conference with E.U. members that there was no reason not to agree to the Brexit deal’s outline by the end of July. E.U. has suggested October 31 as the latest date for a deal to reach. In the time from October to the end of the transition period in December, member states will back and ratify the deal.

The optimism about the Brexit deal gave a push to British Pound, and the pair GBP/USD surged and recovered its previous day’s losses on Monday.

On the other hand, after the announcement of the Federal Reserve to start buying corporate bonds in the secondary market to overcome the losses U.S. economy faced in the coronavirus crisis, the U.S. dollar turned weak and added in the currency pair’s gains.

On Tuesday, the GBP/USD pair is trading with a bullish bias around 1.2650, but the recent candles seem to peak out of the upward regression channel, which may drive selling in the market. The pair is most likely to find resistance around 1.2707 level, and continuation of a selling trend below this level can lead the pair lower towards 1.2595 and 1.2550 Conversely, a bullish breakout of 1.2707 level can extend buying trend until 1.2805 level in upcoming days.

The USD/JPY was closed at 107.353 after placing a high of 107.552 and a low of 106.583. Overall the movement of USD/JPY remained bullish throughout the day. The USD/JPY gained strength after posting losses for the previous four consecutive days. The stronger U.S. dollar and negative macroeconomic data release from Japan might have added in the strength of this pair USD/JPY.

At 9:30 GMT, the Revised Industrial Production from Japan in April was declined by 9.8% against the forecasted 9.1% and weighed on Japanese Yen and moved the pair USD/JPY in the upward direction on Friday.

The brighter market sentiment due to come back of risk appetite in the market after the possibility of renewed lockdowns increased due to increased fears over the second wave of coronavirus outbreak.

The fears of the renewed spread of virus grew after the U.S. reported more than 2 million coronavirus cases as of June 12, and the infection cases were reported from the most populous states of America. The high level of new infections was reported from California, Texas, and Florida, which raised the possibility of a new wave of COVID-19 and prompted risk aversion.

Risk appetite increased the demand for the U.S. dollar across the board as the bar for renewed restrictions of lockdown raised. Federal Reserve has already announced that the road to economic recovery will be longer than expected, which indicated more need for stimulus packaged from governments.

However, the U.S. Dollar Index was up to 97 levels on Friday, and the strength of the U.S. dollar pushed the USD/JPY pair above 107.5 level.